It was Thursday morning and I was nearing the end of my journey. I had made the rounds from Toledo to Ann Arbor and Cleveland arriving back in Nashville almost a week later. The only driving I had to do was the short 400 mile jaunt to Jackson, but first I needed breakfast. Almost unanimously, my friends in Nashville had recommended the Pancake Pantry. So there I was at 9:45 on a Thursday morning, waiting in line for pancakes.

Thankfully it wasn’t a long wait, in less than 15 minutes I was in my booth and contemplating the menu. Luckily I had been given a few strategy tips during dinner the night before. Apparently the key is to not order the pancakes; instead you order one of the excellent omelets which come with a side of three pancakes. True, I would be missing out on the famous Sweet Potato Pancakes and the Sugar and Spice Pancakes, but I can save those for next time.

With that plan in mind and with a little extra advice from my waitress, I had my order placed. Before I had time to finish my cup of tea, my spread arrived. Made up of a sausage, bacon, and cheese omelet, a side of buttermilk pancakes, and French Toast, this was a massive breakfast. I thought the best place to start was with the omelet. 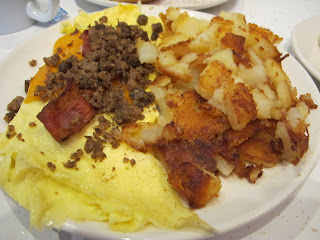 In retrospect I have no idea why I added bacon to this omelet. I suppose I thought there wouldn’t be very much sausage on the plate and on the surface, it appears that way. There’s a fair amount of sausage on top but just a single slice of bacon. 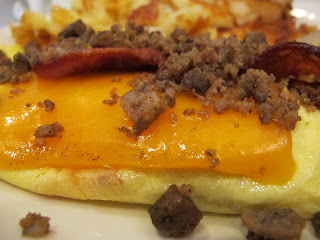 This omelet was overloaded with pork product as every fold of the omelet hid more and more bacon and sausage. I don’t know how they did it. The omelet was so thin and wondrously moist; it boggles the mind. If there was one downside it was that the cheese didn’t add much to the flavor of the dish but this omelet really was worth the recommendation.

A surprising standout of breakfast at the Pancake Pantry was the hash browns. 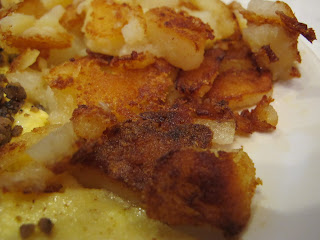 This side order was the result of my waitress and her excellent salesmanship. She claims that a man drives 100 miles every weekend just for the hash browns and after eating these, I believe her. 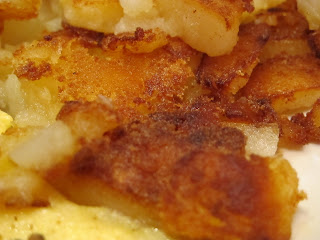 Deceptively simple, this pan fried potatoes are ethereal in taste and texture. One side features a thick pan fried crust and the other is as soft as a feather pillow. With the addition of some salt and pepper, I might call these the best hash browns I’ve ever eaten.

The second plate in the trio was a half order of French Toast. 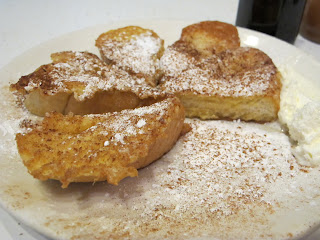 I had a hard time believing this was a half order but after taking a bite the size of the order was the least of my worries. 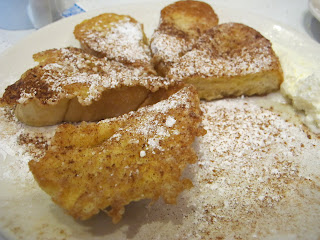 This French Toast was simply delicious. Thick pieces of toast covered in cinnamon powdered sugar, there really wasn’t any need for the maple cream. 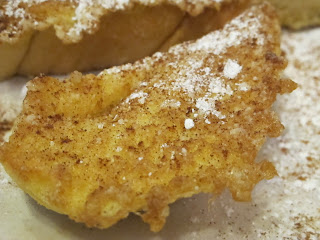 These pieces were best on their own with just a little whipped cream.

Of course I couldn’t have breakfast at the Pancake Pantry and not try some of their famous pancakes. 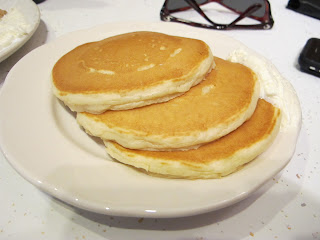 I decided to cut through the chaff and stick with a simple three tall stack of buttermilk pancakes. 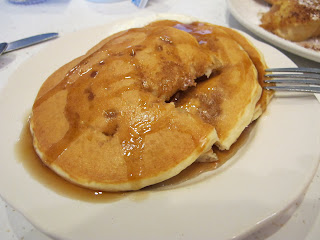 I was amazed at just how well these pancakes soaked up the syrup and whipped cream. 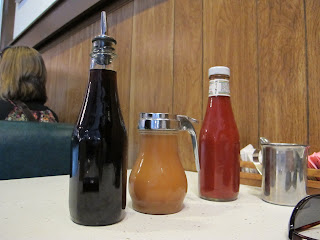 After a good shower of the sweet stuff, these pancakes helped me understand why there’s a line out the door. Each bite was a little tart from the buttermilk but inundated with syrup. They may look like ordinary pancakes but they really are something else.

The Pancake Pantry may be famous for their pancakes, but it was the friendly and more than helpful people who work there that really made this a memorable breakfast. That being said the pancakes are delicious. Still, after trying a little of everything I kept coming back to the hash browns. I can’t remember having had any breakfast potatoes that have been cooked that well. Needless to say, the next time I’m in Nashville, I’m bringing a newspaper and waiting in line for an excellent breakfast from the Pancake Pantry.