Nestled between two larger buildings, Keifer’s Downtown has an entirely different feel from its Poplar Blvd relative. Without the two porches, outdoor seating is at a premium and to me, eating inside at Keifer’s just feels odd. Nevertheless, Keifer’s Downtown exists for one purpose: to satisfy the downtown lunch crowd’s craving for gyros and it does it well.

With nearly a carbon copy of the Poplar Blvd menu, regulars will have little trouble making up their mind. However, the first time I stopped by, I was intrigued the burger special, a Fiery Feta Burger. Bewitched by the siren’s call of spiciness and salty feta, I placed an order. 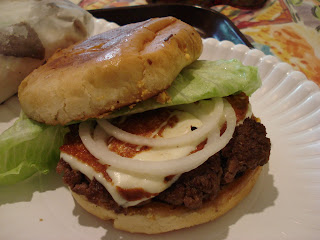 Griddle cooked and topped with a greasy, griddle toasted bun, this burger had potential. 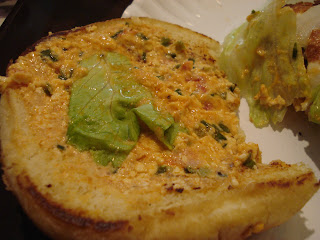 I was surprised to find that most of the meager spiciness came from a spread on the top bun, not to mention a fair amount of vinegar taste. 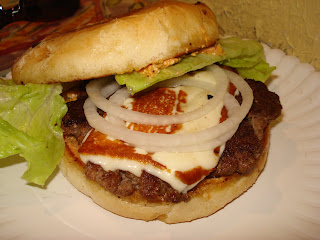 This wasn’t a particularly beefy burger. The patty was a little on the small side and with each bite the beef flavor came after the lettuce, spread and feta. What was really surprising is that the onions were completely lost. Still, even with these faults, it was an ok burger, just not one I’m likely to order again soon.

If the burger was a bit of a letdown, lunch was salvaged by the appearance of a Classic Gyro. 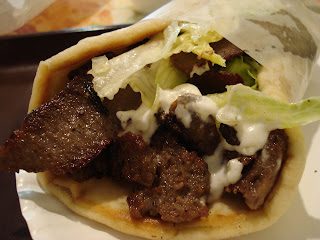 Simple, basic, pre-made, but delicious especially with that crust. 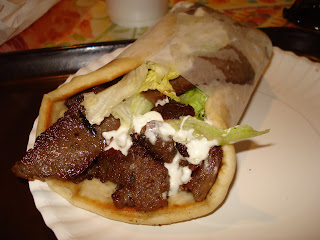 You know going in that this is not authentic, but it’s beef & lamb, lettuce, tzatziki and pita wrapped together and working beautifully. My only regret is that I wish I had ordered the feta sauce.

Going back for a second visit, I hoped to see if the a few more of the old favorites were just as good here. Of course that means, the appearance of the infamous Pita Feta 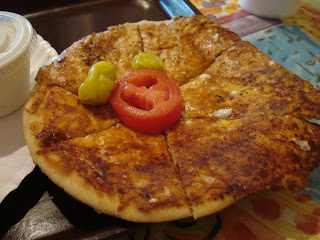 It’s exactly what it sounds like. Nothing more than a pita topped with feta cheese and griddled to form a plate of crunchy cheese goodness. 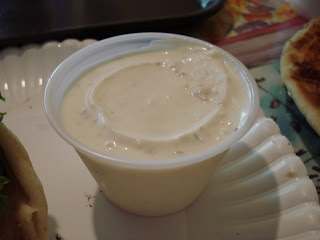 Combined with some of Keifer’s famous feta dipping sauce, you’ve got a salty match made in heaven.

Another crowd favorite from Keifer’s is the cottage fries. 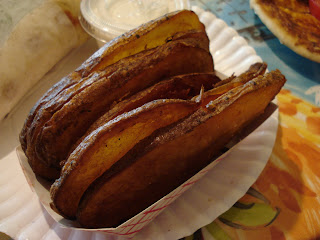 Still just a potato put through a slicer and fried, it’s not your typical French fry. With crisp edges and creamy interior, it’s another example of a simple dish that’s hugely satisfying.

In an effort to venture outside the usual suspects at Keifer’s, I took a look at the Chicken Caesar Wrap. 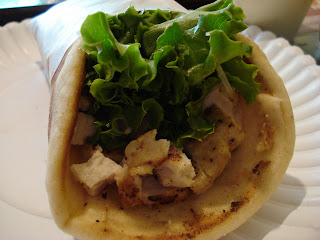 With this wrap, Keifer’s takes the venerable chicken Caesar and puts the lettuce in the backseat. 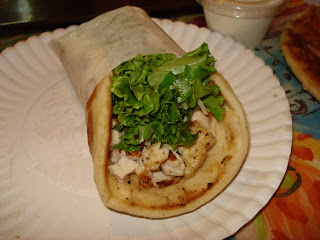 Consisting of smoky grilled chicken, Caesar dressing, parmesan cheese, and lettuce, this is pretty far from a salad but in a good way. 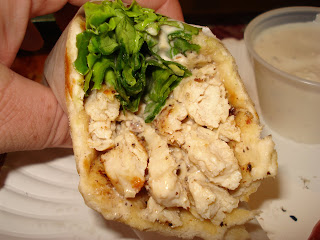 The chicken is juicy, the sauce is creamy, and the lettuce and pita provide a nice textural contrast. Sure it’s a crappy Caesar dressing, but you really don’t care.

Both Keifer’s and Keifer’s Downtown are about as far from authentic Greek cuisine as you can get, but that’s part of their charm. This is Americanized Greek and it’s fast to boot. If you go in with that level of expectation, you’ll be entirely satisfied. Of course after a pita feta, cottage fries and wrap, you’ll probably fall asleep at your desk, but it’s a small price to pay for some Southern Greek comfort food.