It’s that time of year again; the garden is slowing down. The tomato plants are long gone as are the zucchini, squash, and eggplant plants, but the pepper plants are still going strong. Last year, when faced with an abundance of peppers, I turned to Donald Link and his recipe for My Hot Sauce from his book “Real Cajun”. While those were excellent hot sauces, they really didn’t find much use around the house. In fact, I ended up gifting most of them. Looking for something different, I went back to “Real Cajun” to see what else Link had offer.

Under the index listing for peppers, there’s a recipe for Hot Pepper Jelly. I was a little hesitant at first. I know that pepper jelly is a southern staple, but I’ve never really indulged in the spicy, sweet concoction. Figuring that at the very least I’d have a few jars for gifts, I set to work on Link’s Hot Pepper Jelly.

For this recipe, it really was an example of using what I had on hand. As an example, the recipe calls for two red bell peppers and 10 jalapeno peppers, but that’s not what my garden gave me. 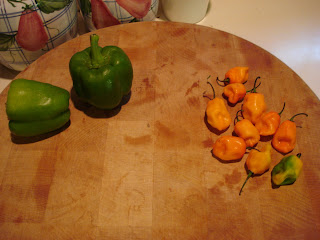 Instead I had two green bell peppers and 10 habanero peppers.

Forging ahead, the first step is cutting up the peppers. 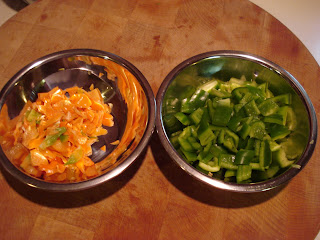 After cutting out the stems and seeds, I cut the peppers into half-inch pieces. 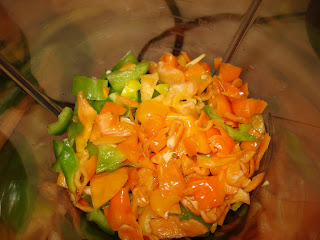 The peppers were moved to my blender. 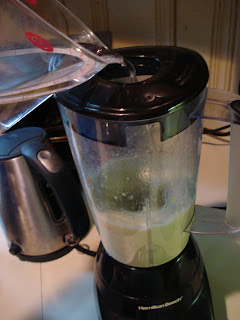 Next 1 ½ cups of white distilled vinegar was added to the blender and the peppers were pureed.

I didn’t expect it to be so green, but I guess that’s what I get for using green peppers. No matter, the resulting mixture was moved to a 1 quart container 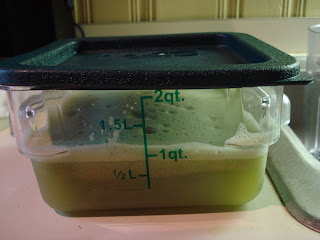 where 1 ½ cups of apple juice was added. I moved the container to the fridge and left it for the night.

After a night of building flavor, I poured everything into a measuring cup. 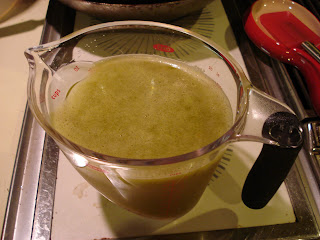 The idea is to have a full 4 cups, I added apple juice to make sure it was a full quart.

That quart of liquid was added to a large pot and it was time to add the salt and pectin. 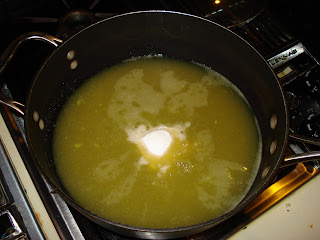 ½ tsp of salt and a box (1 ¾ oz) of powdered pectin were added to the pot and the whole mixture was brought to a boil over medium heat. 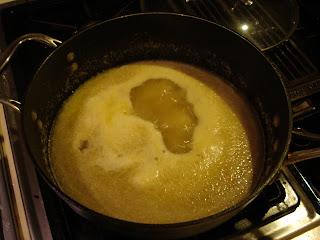 It took a diligent level of stirring, but there was the boil I was looking for. I’ve never really used pectin before, so I wasn’t quite sure what to expect.

With the jelly mixture boiling, it was time to add the sugar. 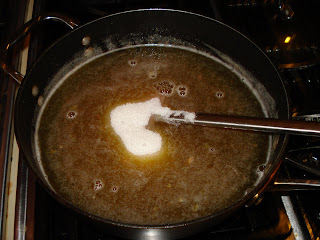 Five cups of granulated sugar was added to the pot.

Sugar added, the jelly was returned to a rolling boil and left to boil for a minute. 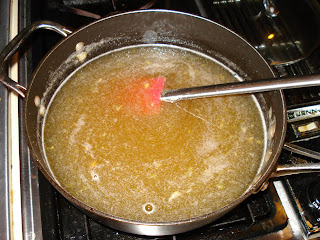 I did my best to skim away any foam, but it was time to ladle the hot jelly into sterilized jars. 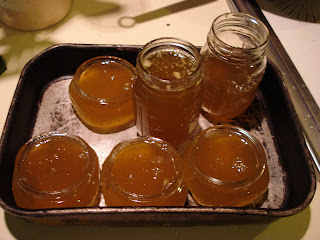 The jelly is supposed to fill four eight oz jars, but I thought the smaller jars would be great for gifts. 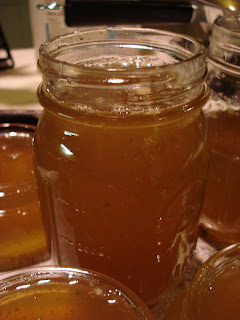 I love that you can see the pepper shreds suspended in the jelly.

After canning, the jars were removed from the water. A few minutes later, the welcoming bing of the jars sealing echoed throughout the kitchen. I left the jars out for the night to cool. 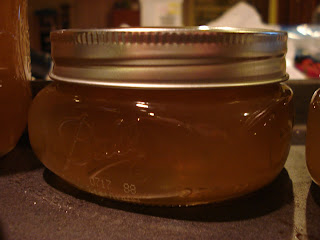 The next morning, much to my relief, the jelly had cooled and gained a very jelly like consistency.

Having set aside one jar for tasting, I was pleased to find a pleasant combination of sweetness and heat. There was an initial sugary rush but the flavor of the habanero lingered for a while after. I was so emboldened by my success; I soon replicated the results with jalapenos, hot banana peppers, and super chilies. With nothing but rave reviews from the jellies, I think Link has presented another superb option for prolonging the flavors of summer chilies. Hot Pepper Jelly, just another reason to love Donald Link’s “Real Cajun”.