I’m constantly on the hunt for new and interesting cookbooks, but it’s hard to stay on top of what’s being published. Well, I’m a little behind the curve on this one, but I just picked up a copy of Grace Young’s latest masterpiece “Stir-Frying to the Sky’s Edge”. In this book, Young details the Chinese have covered the globe and taken the technique of stir-frying with them. It’s a fascinating book but I can’t give it a just description in such a short space. Regardless, I’m just curious to see how well the recipes work in practice.

With an ample supply of shrimp on hand, it was a matter of thumbing through to index to the S’s. There were a number of recipes I wanted to try, but I seemed to be always missing one or two ingredients. With my sometimes annoying habit of following the recipe to the letter (at least for the first time), I finally found a shrimp recipe that I could try, Classic Dry-Fried Pepper and Salt Shrimp.

The first step to the recipe has me a little perplexed. With one pound of large shrimp peeled and deveined, Young writes to combine a tablespoon of salt with a quart of cold water and swish the shrimp around in the water. 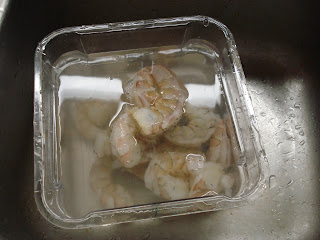 I know been told that a lot of Chinese recipes call for pork belly to be blanched to remove the impurities, but what does swishing shrimp in salt water do? 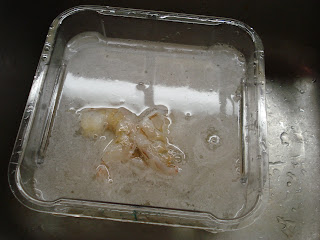 Well, after 30 seconds of swishing, there’s something in the water. I drained the shrimp and repeated the process.

After rinsing the shrimp, it was time to dry them on paper towels. 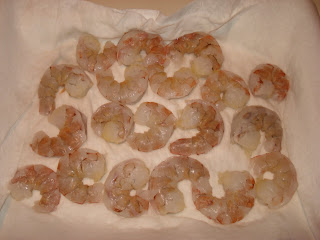 Since the recipe is named Dry-Fried Pepper and Salt Shrimp, I figured it was imperative to completely dry the shrimp. 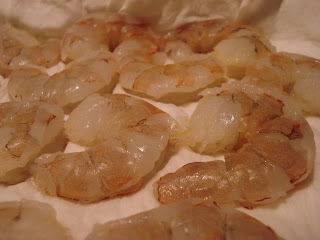 That’s about as dry as the shrimp are going to get.

After a few minutes of measuring and mincing, I was ready to cook. 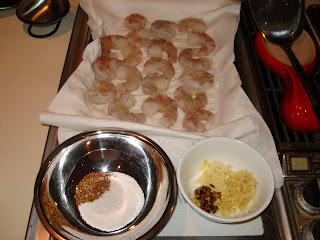 On top of the pictures are the shrimp, on the bottom left is a bowl with ¼ tsp of sugar, a ¼ tsp of roasted and ground Sichuan peppercorns, and ½ tsp of salt. On the right is 1 tbs each of minced garlic and ginger and 1 tsp of minced jalapeno.

Now it’s time to start the cooking. I apologize in advance for the dodgy quality of the pictures. With such high heat on the wok and temperamental ingredients, it was the best I could manage.

With the wok on high heat, I added 1 tbs of oil along with the garlic, ginger and chili. 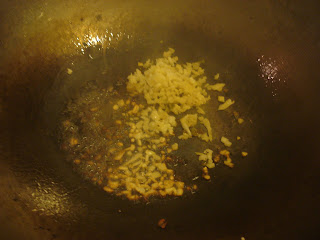 Only 10 seconds of cooking was needed before this was aromatic. 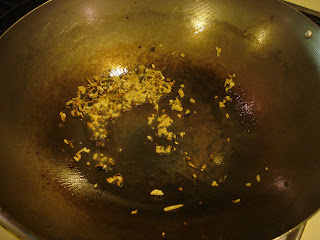 You can see that the chili is getting a little too dark.


Next the garlic, ginger and chili are pushed to the side and the shrimp are added to the wok. 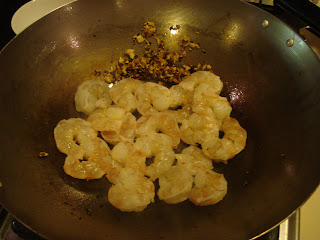 In order to get a good sear on the shrimp, they’re placed in one layer across the wok and left to cook undisturbed for a minute. 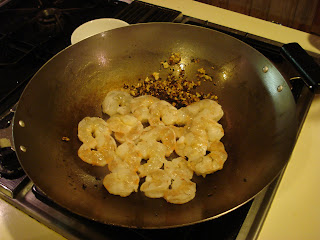 That minute gave me a chance to get a few pictures of the situation. 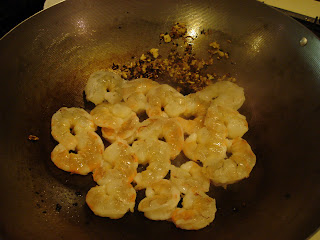 With the shrimp nicely seared, another tbs of oil is added to the wok and everything is stir-fried for another minute or so until the shrimp turn orange. 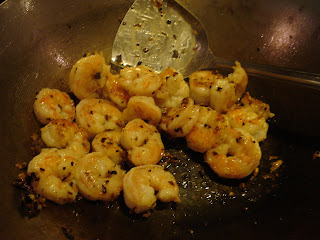 The last step is adding the salt mixture. 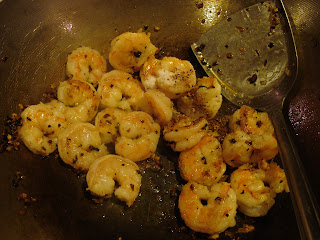 With the salt mixture added, it’s another minute or so of stir-frying. I was looking for just cooked shrimp.

Here they are finished. 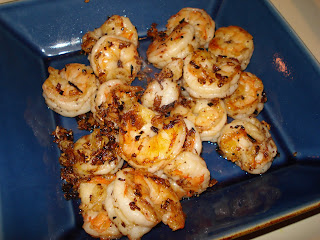 Combining that sear and the color of the seasoning makes for some beautiful looking shrimp. 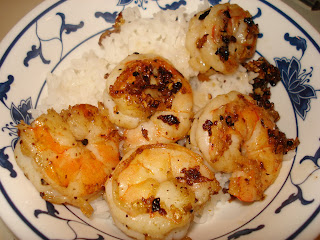 Served over a small bowl of white rice, I could savor the honed flavor of each shrimp. Young was right, this recipe really allows “you to experience a concentrated shrimp flavor accented by garlic, ginger, chilies, and Sichuan peppercorns.” That being said, I was surprised that the peppercorns were a background player in this dish. There was just the slightest numbing effect with each bite. Regardless of lack of “ma la”, this was a simple and frankly delicious recipe and a fairly auspicious beginning to my exploration of Grace Young’s “Stir-Frying to the Sky’s Edge.”

I'd venture a guess that some of the stuff coming out of the shrimp were preservatives used in the freezing process. Unless, of course, they were fresh gulf shrimp, in which case I have no idea.