It’s time for another recipe from a random cookbook. This time I’m trying a recipe from the simply named “Chinese Cuisine”. Written by Su-Huei Huang and published by Wei-Chuan Publishing, this book is a throwback to 1972. To those acquainted with Chinese ingredients, the Wei-Chuan name should sound a little familiar. Maker of everything from soy sauce to wonton wrappers to msg, I suppose it only makes sense that Wei-Chuan would publish a Chinese cookbook. Well, I’m not really sure how I came across this book, but I decided to give a recipe or two a try.

Looking for something relatively simple and that would use ingredients on hand; I came across a recipe for Pan-Fried Pork with Green Onions. With only a few ingredients and relatively basic instructions, it seemed like a good recipe to try out.

An interesting feature about the recipes inside “Chinese Cuisine” is that every recipe is condensed into two or three steps. With the Pan-Fried Pork recipe, the first step is to cut 2/3 lb of pork tenderloin. 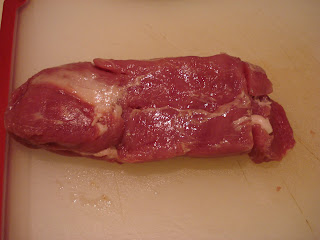 Sometimes I really hate my pedantic nature. It was a pain trying to parse this tenderloin down to 2/3 lb or 300 grams. Next the tenderloin is cut into 5/8 inch slices. It’s now time for the fun part, the tenderizing. 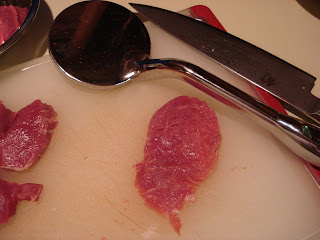 With some fairly liberal application of a meat tenderizer, each slice was good to go. 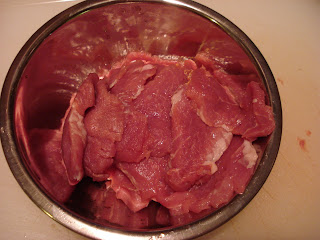 Now that every slice is tenderized, it’s time to bring together everything for the least part of step 1.

Like most Chinese recipes, this one required a quick marinade. 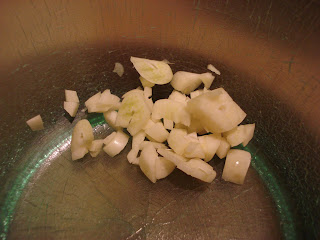 First was ½ tbs of chopped garlic 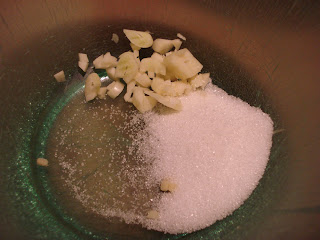 Then a ½ tbs of sugar 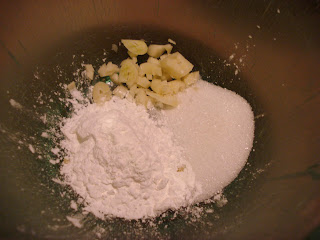 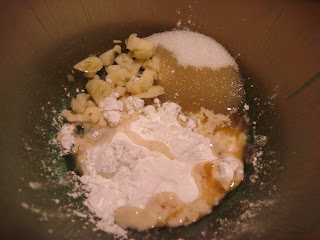 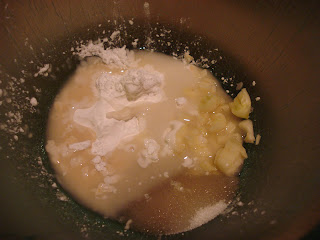 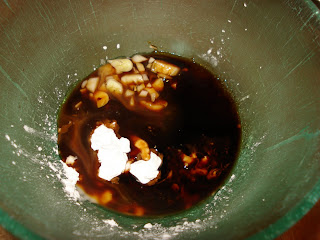 and lastly, 1 tbs of soy sauce. 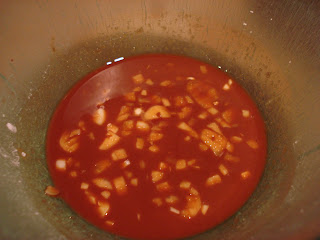 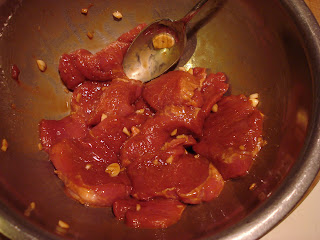 and mix with the pork slices.

After getting the rest of the ingredients together, I was ready to start cooking. 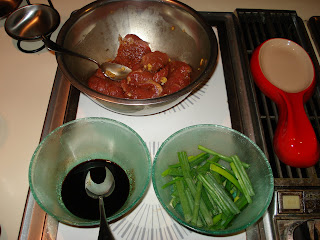 Starting from the top is the pork slices in their marinade, a bowl with 2 tbs of soy sauce and ½ tbs of sugar, and lastly 1 cup of green onions sliced into 2 ½ inch pieces.

With my wok on high, I added 3 tbs of oil and began to fry the meat. 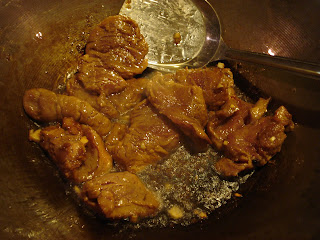 The idea is to cook the pork until both sides are golden brown. 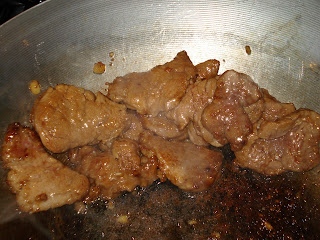 With such thin slices, that took less than 2 minutes to achieve.

I pushed the pork aside and began to add the green onions. 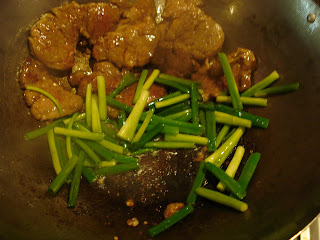 The onions are supposed to be cooked until fragrant which with a hot wok is almost immediately. 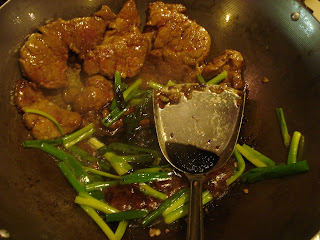 The soy sauce and sugar mixture is added and everything is stirred together. 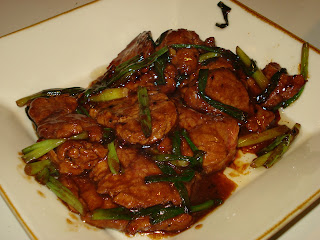 It may look simple, and looks are not deceiving. This is an incredibly easy recipe but wholly satisfying. 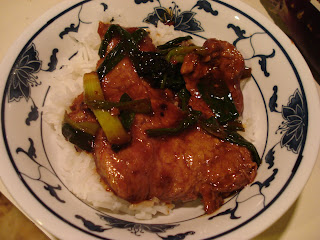 Served over white rice, this really is a study in simplicity and a reminder of just how well onions, sugar and pork go together. I can’t imagine I’ll be writing about too many more recipes from the Wei-Chuan “Chinese Cuisine”. The recipes seem too basic to be of any real interest, but I can see this becoming a reliable recipe source. These are the sorts of recipes that are easy to make and approachable to enjoy, and that’s sometimes all it takes.