Apparently there is a surplus of zucchini from the garden. Everyday more and more of the yellow and green veggies appear on the counter, and I’m constantly scrambling for new ways to cook them. Thankfully a few years ago, Jamie Oliver, of recent West Virginia diet fame, came out with a book and tv series called Jamie at Home. In it, Oliver extolled the virtues of growing your own veggies and some of his favorite ways to cook them.

The section on zucchini is one of the shorter sections in the book, only three recipes long, but they are some good ones. I’ll have to save the zucchini ribbons with mackerel and the crispy zucchini flowers for later, because this is all about Jamie Oliver’s recipe for Beautiful Zucchini Carbonara.

What better place to start than with the zucchini? 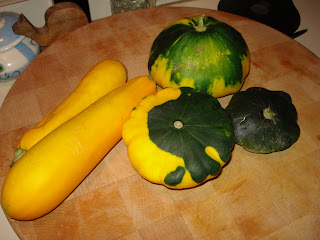 Oliver actually calls for 6 medium green and yellow zucchini. I figured this combination of regular and globe zucchini would fit the bill nicely.

In order to maintain some level of uniformity, Oliver says the zucchini should be halved and then quartered, the middle bit cut out, and then cut at an angle to resemble penne. 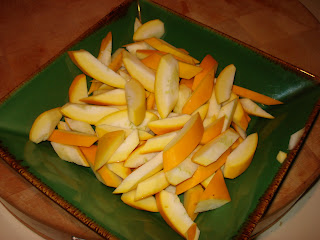 I think this is what he means. 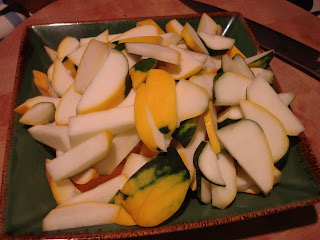 I then did my best to do the same to the globe zucchini.

Moving on, I figured it would be best to go ahead and make the sauce. 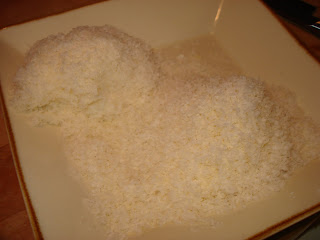 Next it was time for the eggs. 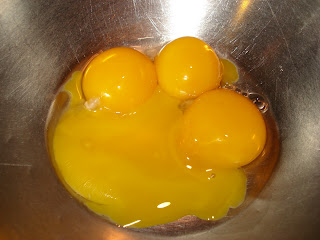 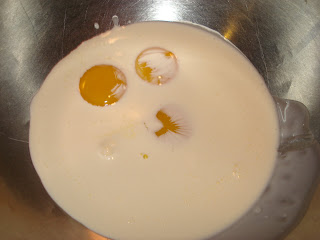 Then a ½ cup of heavy cream was added. 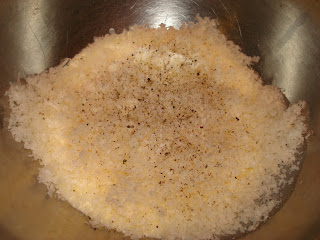 Last one handful of parmesan and a light dusting of salt and pepper. 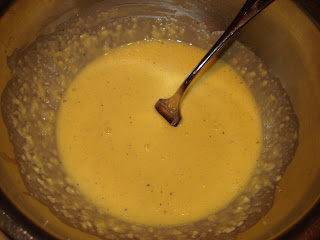 Everything was then mixed to together to make a lovely sauce for the carbonara.

Excellent, it’s now time to unveil an ulterior motive for using this recipe. Since I received the second shipment of my acorn edition from La Quercia, I’ve been trying to find good recipes to use the pancetta. 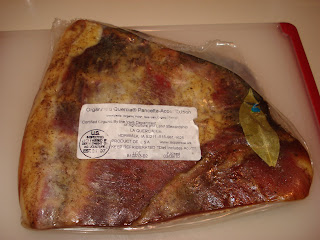 I think Zucchini Carbonara is an excellent reason to bring out one of my pancetta slabs. 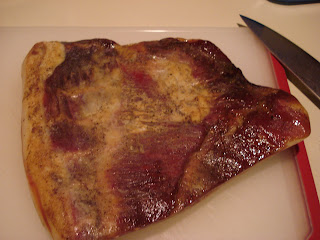 Oliver’s recipe calls for 12 thick slices of pancetta, time to get slicing. 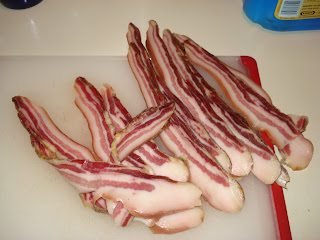 That took a lot of effort. 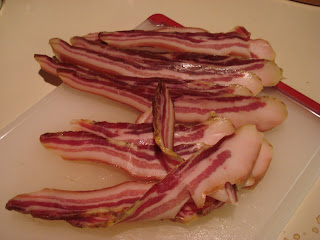 But here they are, 12 thick slices of acorn edition pancetta, and it smells fantastic.

Now it’s time to start cooking the carbonara. First, I find a large pan, put it over medium heat, and add a “good splash” of olive oil. 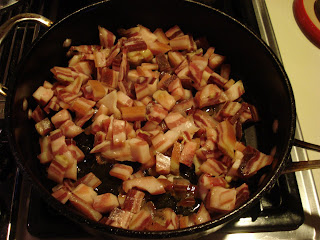 Yes, and then the pancetta which has been cut into chunky pieces is added to the pan. 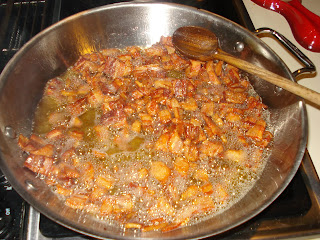 And it soon begins to render nicely. Eagle eyed readers will notice I changed pans.

With the pancetta nice and crispy, it’s time to add the zucchini slices. 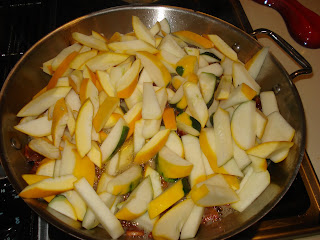 It’s a warm and fuzzy feeling when you corrupt a good vegetable by frying it in rendered grease. 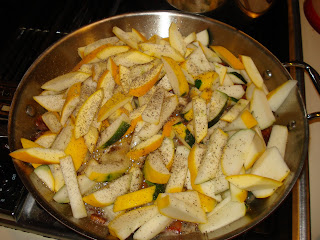 A couple of good pinches of black pepper is added to the mix. 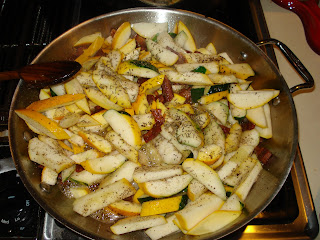 Of course I can’t forget a small bunch of thyme. Oliver actually uses fresh thyme leaves, but I was completely out so a smaller amount of dried leaves were added.

From here the idea is to cook the zucchini so that it becomes covered in that glorious pancetta oil and then fries to a slight golden color. Once that happens, it’s time to add the cooked pasta. 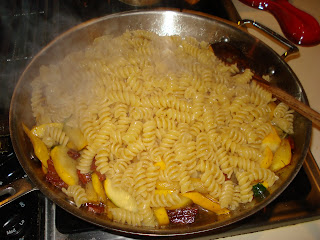 Yes, it’s fusilli and not penne, but I’m working with what I have. 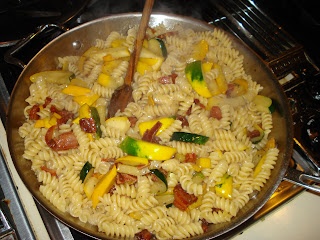 The pasta is mixed in with the zucchini and bacony goodness and the whole pan is then removed from the heat. The cream sauce and a ladle full of pasta water is added to the pan and everything is stirred together. 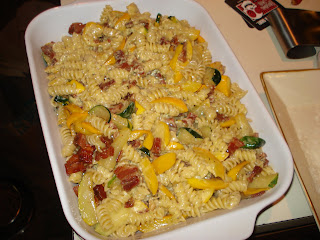 It turns out quite well if you made sure to keep it off the heat and not scramble the eggs. 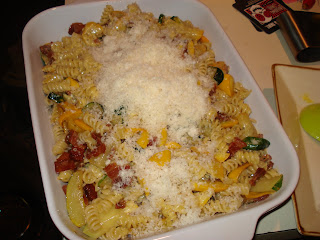 Of course you can’t forget the rest of the parmesan. That’s added to the pasta and quickly mixed in. 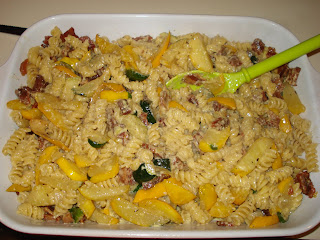 What you end up with is a whole pan of decadent, creamy pasta. 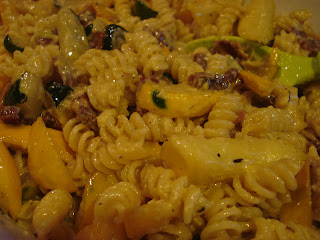 You can see how every piece of pasta and zucchini is covered in that sauce. After serving myself a nice portion, I was floored. I’ve made carbonara before, but never with cream and pancetta like this. This really was an amazing recipe that was ameliorated by the rich and quality ingredients. It might not be the best way to eat your veggies, but it is damn sure a tasty one.

Sounds decadent and great, especially with that gorgeous pancetta.