The fourth of July, it’s our nation’s birthday and by all rights I should have had the barbeque smoking and burgers on the grill. However, the 85%+ humidity and temperatures in the high 90’s along with an onslaught of mosquitoes and horseflies gave me no real inclination to spend my fourth cooking outside. Instead, I decided to take a crack at a recipe the good people at Blackened Out had posted on their site.

A recipe for Dr. Pepper Fried Ribs, it just warms the cockles of your heart doesn’t it? Apparently the guys behind Blackened Out had gotten the recipe from Zack Gross of Z Grill in , and it seems to be a relatively simple one. With an ingredient list consisting of ribs, garlic, ginger, salt, pepper, and Dr. Pepper, I knew what I had planned for the Sunday Fourth.

Here we go, two rack of baby back ribs. 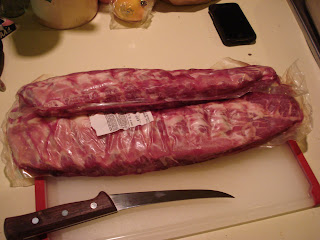 Straight from the cooler at Paul Anthony’s.

Next is the ginger and garlic. 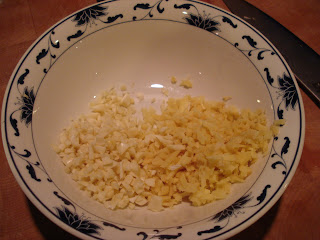 There’s no real specific amount in the recipe, but I’d say that’s about a ¼ cup each of minced garlic and ginger.

Now the idea is to coat the ribs with garlic, ginger, and a good helping of salt and pepper. 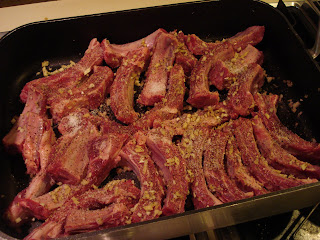 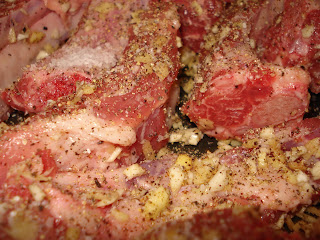 To compensate, I made sure to get every individual rib well coated with the mixture. 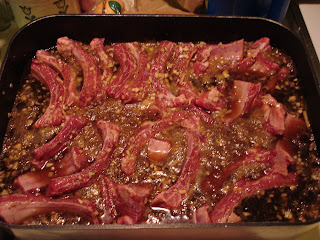 Pepper is poured over the ribs. I did manage to follow the recipe and not completely submerge the ribs. 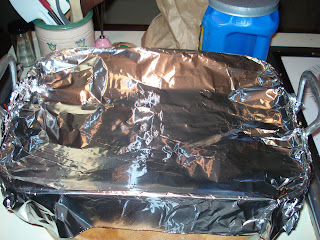 Cover that pan with foil and place in a 300 degree oven for four to six hours.

Seeing as I had separated the ribs, I figured that six hours would have complete overkill. 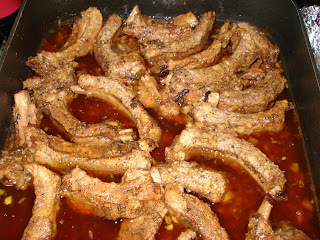 After four hours, the ribs were fall apart tender. 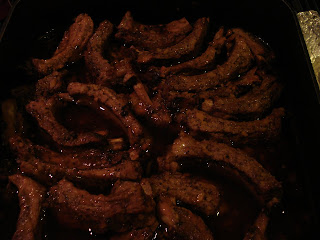 Actually it was ridiculous how tender they were. I picked up one rib only to have the meat disintegrate and fall back into the pan.

The hardest part of the recipe is the waiting. After cooking, the idea is to let the ribs cool for at least two hours. Why two hours? I have no idea. 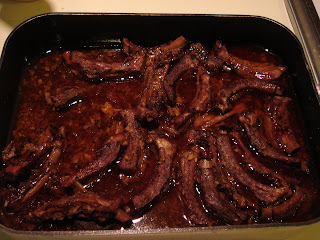 Well, they look pretty well cooled. A few ribs were missing at this point, but you try resisting freshly braised ribs. One odd thing I noticed was how there was no sweetness left in the braising liquid. It was as if the ribs absorbed every bit of the Dr. Pepper’s HFCS. 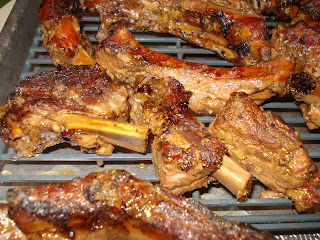 While waiting on my wok of peanut oil to come to 375 degrees, I decided to let the ribs drain on a drying rack. This wasn’t a step in the recipe, but I can’t imagine sopping wet ribs dropped into hot oil would be a good combination. 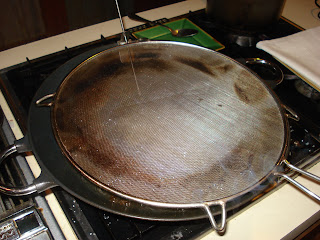 Here’s the first batch in the wok. 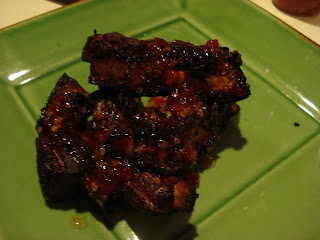 And here they are out and dressed with Thai Chili Sauce. 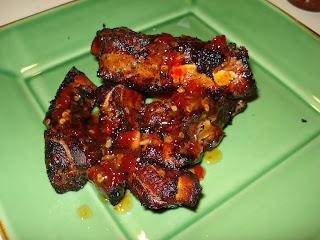 Well, was it worth the effort? 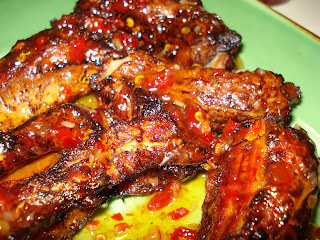 It was completely worth it. With each batch, it was a mad dash for the ribs. The sweet heat of the Thai Chili Sauce combined beautifully with the tender ribs and made it time well spent. 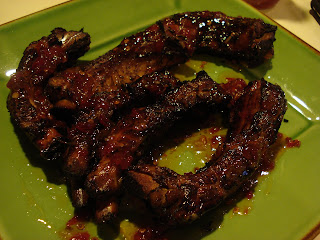 One thing I loved about these ribs was the contrast of a crunchy exterior and meltingly tender interior. 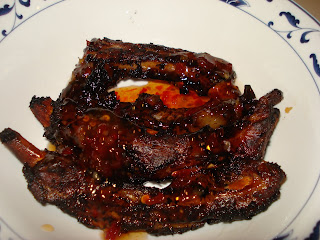 Even with my mistake of slicing the rack before braising, this was a complete success.

If there was one thing missing from this dish it was heat. I love the duo of sweetness and pork, but the slight heat of the Thai Chili sauce left me wanting more heat to the dish. Maybe the solution is to rub the racks with minced chilies as well as garlic and ginger, or maybe I’m messing with a well thought out recipe. Either way, Dr. Pepper Fried Ribs may be time consuming, but they’re completely worth the effort.