Usually holidays leave me in a state of confusion. No one in my family is very decisive about gifts, especially my mother. So imagine my surprise when I asked my mother what she wanted for Mother’s Day. All she wanted was lobster. Aside from the initial investment, lobster isn’t a hard nut to crack. Of course, there would be a catch. In addition to steamed lobster and lobster rolls, she wanted a Chinese style lobster.

Thumbing through my ever expanding collection of cookbooks, I began to realize just how few lobster recipes there were in the Chinese cookbooks. However, I soon had a stroke of luck through antiquity. I have a copy of Joyce Chen’s cookbook that I picked up at a used bookstore in New Orleans, and being a 1962 edition there are some interesting recipes inside. One of those interesting recipes was Lobster in Meat Sauce – Cantonese Style. With a bounty of lobsters from Paul Anthony’s and all the other ingredients on hand, I set about making a Mother’s Day feast.


When cooking a lobster dish, it’s best to start with the lobster. 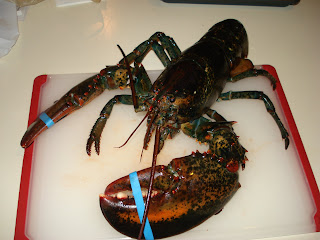 God, what a monster. He was 3 pounds if he was an ounce.

Those who are a bit squeamish should probably ignore this next part. 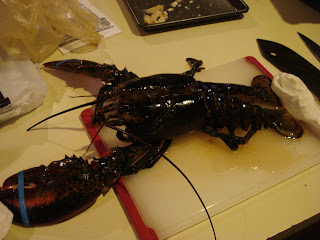 After plunging my knife through his head, I proceeded to cut the lobster in half. 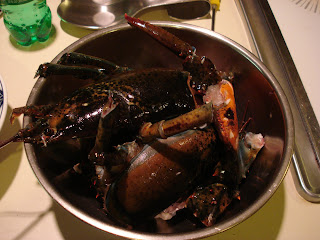 Now that the lobster was cut into its various pieces, I could pull together the rest of the ingredients. 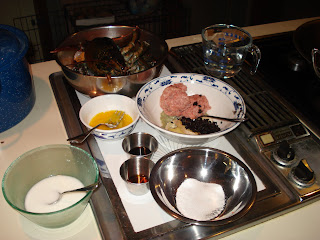 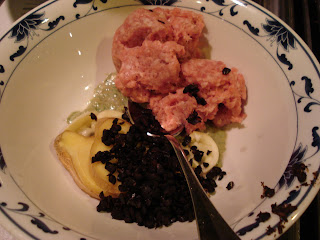 In case you didn’t notice, I left out a bowl of ingredients in the previous list. Inside this bowl is ¼ lb of ground pork, 2 slices of ginger, 2 crushed cloves of garlic, 1 ½ tbs rinsed and minced black beans and the lobster’s tomalley.

With all the ingredients at the ready, I got 3 tbs of canola oil almost smoking in a wok and started the first cooking step. 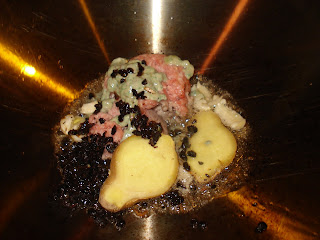 The ginger, garlic, black beans, pork and tomalley are all added to the wok and stir fried for 2 or 3 minutes. 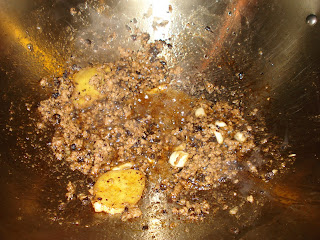 Since that was going well, it was time for the lobster. 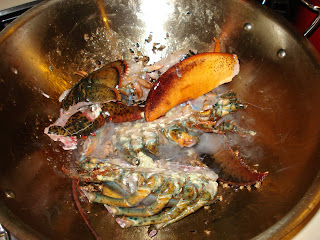 All of the cut lobster and the 2 tsp of shaoxing wine went into the wok.

After a few turns with a spatula, a few more ingredients were added. 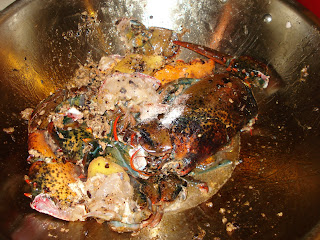 The ¾ cup of water, salt, soy sauce, M.S.G. and sugar were stirred in and brought to a boil 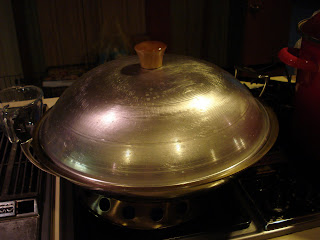 When it was at a boil, a lid was slapped on and the whole thing was left to simmer for a good 3 or 4 minutes.

The idea is to cook until the lobster’s shell is a beautiful red and the meat a lovely shade of white. 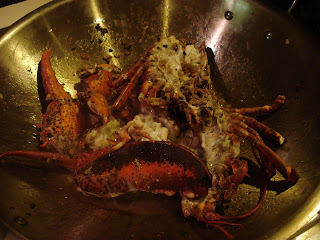 In an odd step, the lobster is now removed from the wok and set to the side. 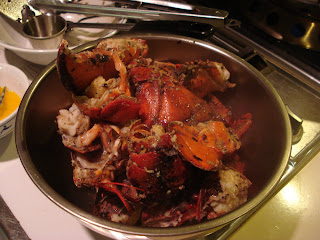 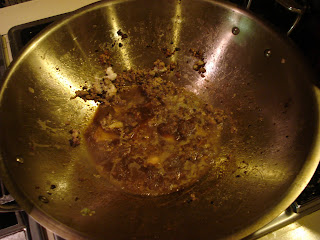 First I gave the corn starch mixture a good stir or two and then added it to the wok. 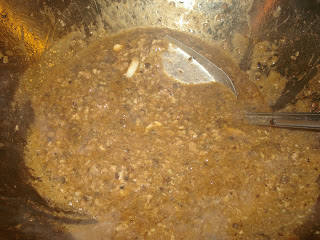 It almost immediately tightened the sauce. 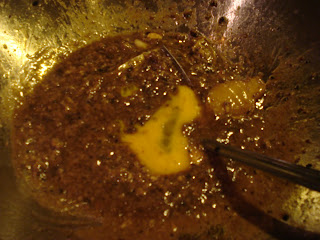 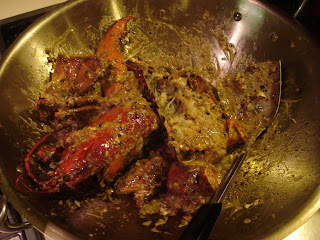 Lastly the lobster is added back to the wok and tossed in the sauce. 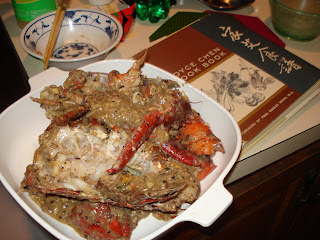 The finished product and my copy of Joyce Chen’s cookbook.

As messy as this dish looks, it’s a great family activity. 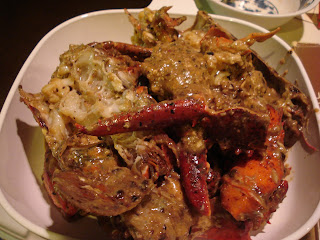 I laid a few sheets of newspaper on the table and everyone went to work sucking on the lobster, picking the meat out with chopsticks and generally enjoying themselves. 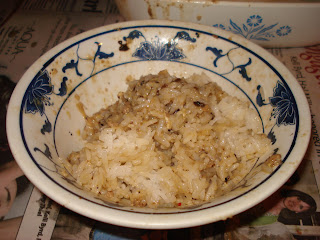 Of course you can’t forget that sauce. Served over a little steamed rice, it’s fantastic.

Needless to say my mother thoroughly enjoyed her Mother’s Day dinner, but I’m wondering about this recipe. When it was published, no one would say a thing about the use of M.S.G. in the recipe, but I’m curious what would happen if I made a few changes. Instead of using water and M.S.G., couldn’t I achieve the same depth of flavor from using a homemade stock? I know that M.S.G. is supposed to be full of umami but I think there are better ways out there. I suppose I’ll have to wait until I have the funds to buy a few more lobsters.