I was back in Atlanta last week, this time for a concert by everyone’s favorite beach rock geriatric, Jimmy Buffett. However, before my group and I could make the trek to the amphitheater, I was in need of a quality lunch. Luckily my sister was able to break free from work. After a little bit of hemming and hawing, we decided on Antico Pizza. I finally get to try the pizza that’s been the hit of Atlanta foodies since last September. I’ll keep this short and sweet. As far as I’m concerned the hype about Antico is true.

Thankfully there wasn’t too much of a 1pm lunch crowd on a Tuesday. So after deciding two pizzas would be best, it was a matter of minutes before they arrived. 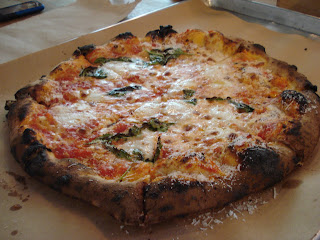 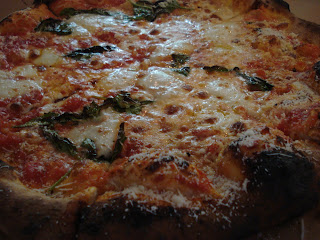 I’m not typically a fan of Margherita pizzas, I generally find them a bit lackluster, but this broke that stereotype in half.

However, as good as the Margherita was, I was completely captivated by the Diavaola. 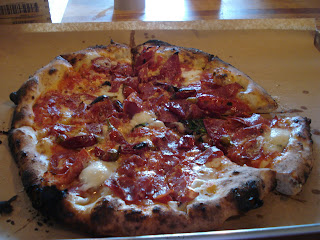 What there’s not to love? It’s a pizza with spicy sopressata, pepperonata, and bufala. It ticks all those I love pizza boxes. 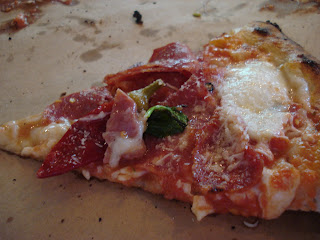 Each bite was a symphony of spicy pork, peppers with a punch, unctuous cheese and that wonderful dough. This is the first pizza that I didn’t feel the urge to cover in sriracha. It really was a slice of pizza nirvana.

Unfortunately, I had neither the time nor the stomach space to sample more pizzas or some of their scrumptious looking cannolis, but the usual suspects of the Atlanta food blogging world will generally echo my overwhelmingly positive sentiment:

In short, calling Antico the best pizza I’ve ever had is dubious, but it’s certainly the best I’ve had in Atlanta.

It truly was. I highly suggest you go to Atlanta and try it yourself, it's worth the drive.

I don’t get it…?? Antico’s pizza was hardly the Best pizza ever. It would have been ok but the grease running down my hand changed my mind. Not to mention it was way overpriced. You can’t make any changes to the menu and there is no room to sit. The staff was so rude it blew my mind. How can you be so nasty and still work in a service industry? I tried Antico’s pizza because everyone is talking about it but I will never go there again. If you want to be trendy go Antico…..If you want good service with your over priced pizza …….DON’T.

-I'm sorry to hear you had such a bad experience with Antico's pizza. I'll admit it can get pricey, but I didn't experience any of the rudeness you encountered with the Antico staff. Granted, eating there at 1 on a Tuesday afternoon might have played a large role in that.

I still don't think Antico is the best pizza I've ever had, but it's near the top of pizzas I've had in Atlanta.

Since you're not a fan of Antico, I'm curious about where you recommend I look for quality pizza and service in Atlanta.