Since I received the first shipment in January, I haven’t written much about my Acorn Edition pig from La Quercia. Honestly, I’m at a loss about what to do with most of it. I have some grand plans for the head, but I’m stuck with the problem of slicing the head in two. For things like the tail and trotters, it’s hard to find a recipe for one tail or two trotters. However, there is one item from the shipment that I’m confident about, the bag of trimmings. 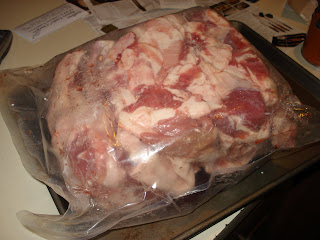 It’s completely self-explanatory; it really is just an 11 pound bag of pork trimmings from the butchering. When you’re paying a premium for acorn fed pork, it would be ludicrous to throw away any scraps.

Even though there was a lot of lean meat on those trimmings, I knew the best thing would be to render out all that snowy fat, but how do you properly render pork fat? Well, there was really only one person to turn to, the annoyingly slender Jennifer McLagan and her book “Fat: An Appreciation of a Misunderstood Ingredient.”

In the section on pork fat, McLagan outlines the general idea and practices that make up rendering. 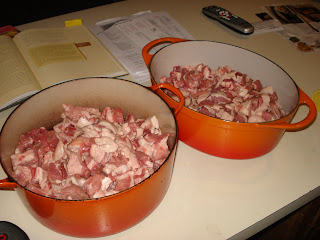 
Next the fat is put into a heavy casserole or Dutch oven. 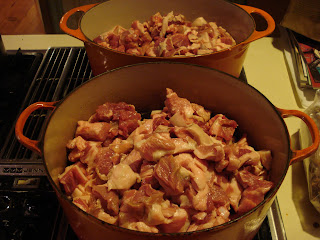 Luckily, I had the perfect vessels for the job. 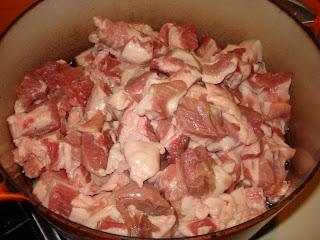 After that, I added 1/3 cup of water per pound of fat. The large pot had 6 pounds of fat, so that’s 2 full cups of water, while the smaller was only 5 pounds so 1 2/3 cup of water. From there, the Dutch oven went into a 250 degree oven while the oval pot remained on the stovetop on very low heat.

For the oven bound rendering, it was an easy process. Stir after 30 minutes, then after 45 and then every hour. The stovetop version required much more vigilance. 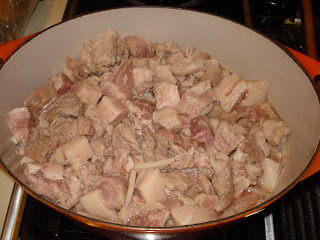 I believe this was taken around the second hour. 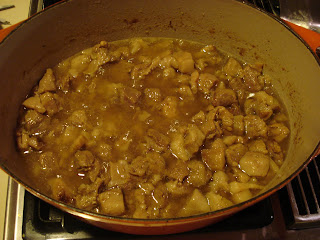 An hour or so later, you can see just how much has rendered by the lines on the pot. 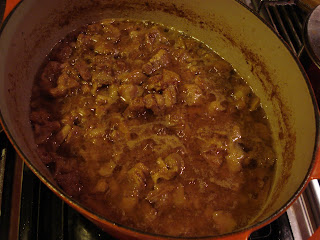 By hour 5 or 6, it was nearly 1 am on a weeknight. I had work in the morning, so I was calling it quits. 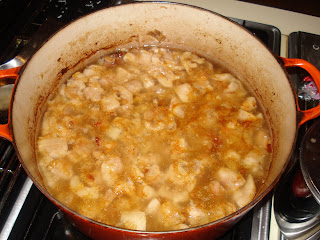 Looking at the pot from the oven, it was obvious this could have rendered for at least another 4 hours.

Anyway, not wanting to stay up till sunrise rendering lard, I strained the fat and looked at my results. 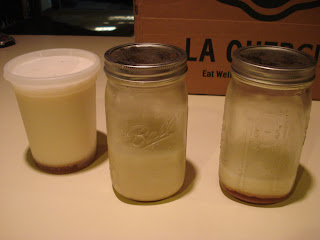 After cooling down and spending some quality time in the fridge, here’s what I ended up with. 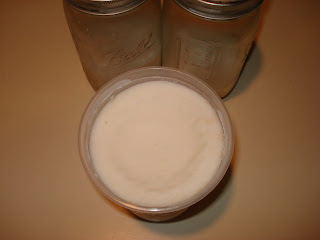 Snow white and with a slight porky smell, you know this is the good stuff. 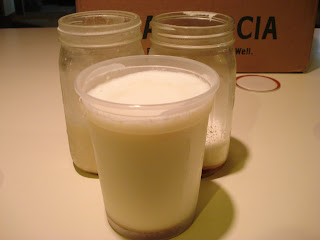 McLagan writes that rendered lard is good for 2 months in the fridge and up to a year in the freezer. That gives me plenty of time to ponder how I should use my precious La Quercia lard.