On my phone I have a list of places in Jackson that I need to investigate. Unfortunately, I usually find myself going to the same tried and true spots. However, I was in Madison for lunch and it was the perfect excuse to try a relatively new restaurant called Kristo’s. I say relatively new because I have no idea how long this place has been open. The user reviews on Urbanspoon date back to October 09, making me only 6 or so months behind the times…..excellent.

After finding the restaurant, I couldn’t help but notice how similar it looks to Keifer’s. It looks like a former home and there’s an ample porch. Taking a look at the menu, I had to do a double take to make sure I wasn’t at a new Keifer’s location. Aside from the “Kristos famous” meatballs and fire sliders, this really is a carbon copy of the Keifer’s menu.

Maybe I’m being unfair; just because the menu is eerily similar, it doesn’t mean that Kristo’s shouldn’t get a fair shake. I wanted to see Kristo’s put their best foot forward, so I ordered their famous meatballs. 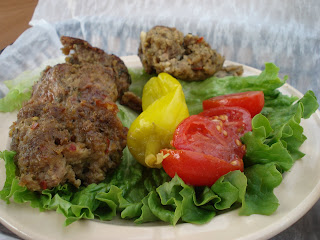 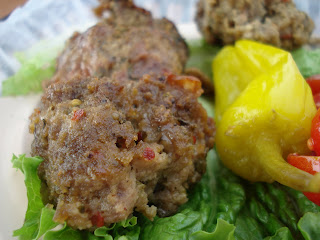 They aren’t very cohesive, but they are quite tasty. Well browned and with a nice amount of pepper flakes, these meatballs seemed like a great way to start the meal. 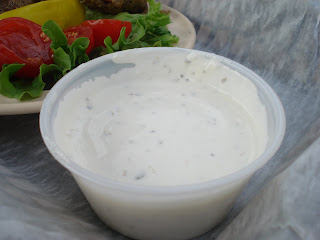 The tzaziki that accompanied the meatballs was thick and a great compliment. I was such a fan of these meatballs that I asked for a second order. The second order was a complete mess. The meatballs were too big, too cheesy, there was no crust, and simply not cooked through.

I was looking for a good litmus test for Kristo’s and I thought the gyro would be the perfect test. 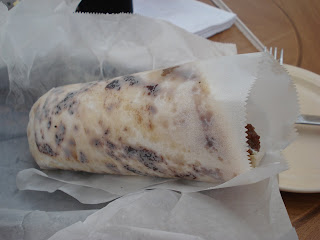 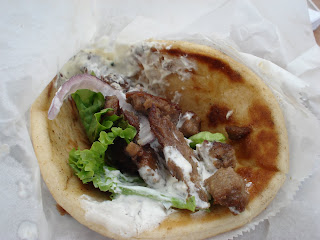 Inside there’s the a pretty decent amount of gyro meat. The waiter assured me it was their own loaf. With that in mind, I kept eating and I quickly found the meat to have a nice, flavorful crust but it was wrapped in a really thick pita. This pita seems like it should be cut open and stuffed instead of wrapped. Aside from that qualm, this was a pretty decent gyro. It wasn’t anything exceptional, just your standard fare.

In addition to the gyro, a side of curly fries made it to the table. 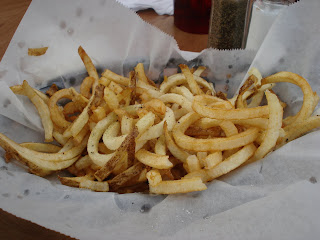 Poorly cooked and not at all crispy, these fries weren’t even seasoned properly. It seemed to be a case of feast or famine. One fry would have enough salt to make you beg for water and the other would be bland as could be. I decided it was best to leave these alone.

One thing I will congratulate Kristo’s for is their affable waitstaff. My waiter was prompt, polite, and extremely apologetic for the undercooked meatballs. However, there were a few things that irked me at Kristo’s besides the photocopied Keifer’s menu. While waiting on the check, I got to see the food service deliveries being made. I realize I was on the back porch, but it’s odd to see these deliveries made in the middle of a dining area.

However what really annoyed me was the sheer number of premade ingredients that Kristo’s received that day, particularly the baklava. I realize that baklava is a little tedious to make, but is it too much to ask for a Greek restaurant to make their own desserts? If they don’t’ make their own baklava, I’m seriously doubting if they make their own gyro loaf. Either way, I go ahead and label Kristo’s as Keifer’s north. If you’re in the mood for real Greek food, you’re in bad shape, but if you’re looking for mediocre gyros and a nice porch, you can’t go wrong with either one.

Admit it. This place is disgusting.