Trying to find something new on the way from Jackson to Atlanta can be a little trying. I’m almost always in Meridian or Tuscaloosa come lunch time, and despite reader recommendations, I was bored with good in those two towns. For this trip to Atlanta, I decided to wait till Birmingham for lunch, specifically for a Cuban sandwich.

I normally don’t go out of my way for a Cuban sandwich, but when I heard that Kool Korner had relocated to BirminghamI knew I should go pay a visit and see if Mr. Ramirez’s sandwiches are that good.

There’s one immediate problem with Kool Korner, for an out of towner, it’s a pain to find. Of course, google maps weren’t much help. On the other hand, being stuck in the corner of a strip mall, with no sign visible from the road, Kool Korner doesn’t make itself easy to locate. However, once those aggravations were over, I walked inside an impeccably clean restaurant.

Wanting to sample a few different items, I decided to try the Classic Cuban and the Stuffed Eye of Round. I barely had time to leaf through a local paper before the sandwiches were on my table and ready to eat. 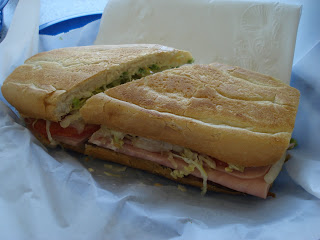 There it is, the envy of Atlanta, the Kool Korner Cuban. 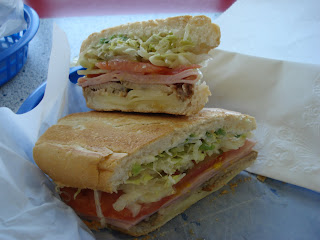 Inside the crusty, Cuban bread, this sandwich is dressed to the gills with lettuce, tomato, mustard, Swiss cheese, pickles, and mayo. 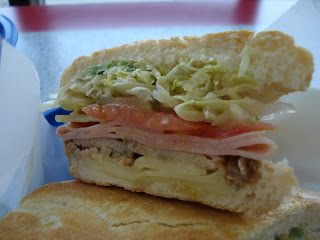 Right away, I’m in love with the two types of pork in the sandwich. There’s a sliced deli ham with a real unique flavor, from the mojo sauce I think. Just as delicious is the sliced jamon, with all the flavors of lechon asado. Overall this is a very tasty sandwich, but surprisingly cold. There aren’t any dominating flavors here, just a beautiful blend of pork, bread, and dressings.

Aside from the Cuban Sandwich, there was a Stuffed Eye of Round sandwich waiting on the table. 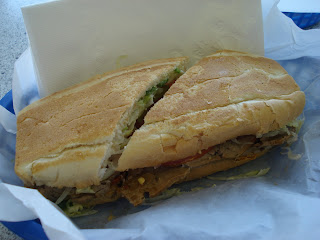 Stuffed with chorizo, this seemed like a dynamite combination. 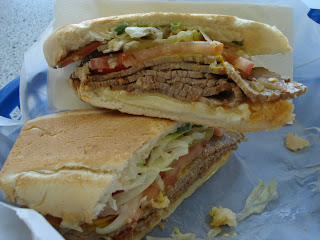 Right away, there’s an incredibly different flavor. The beef is almost muted in this sandwich. 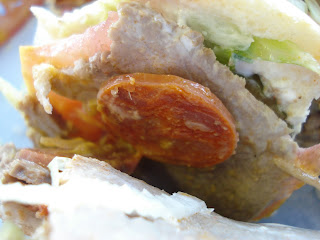 Imagine my surprise when I find the chorizo stuffing is just slices of chorizo thrown in between the folds of eye of round. Still, the chorizo brings a nice bit of heat and paprika flavor to the sandwich. 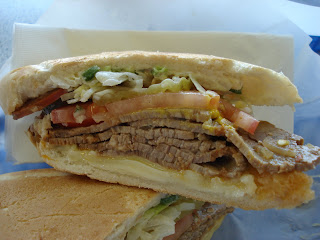 Trying the beef separately, I actually found it to be dry and overcooked. However, when eaten as part of the sandwich, it blends in and seems perfectly juicy.

Knowing full well I couldn’t eat two large sandwiches and expect to make the rest of the trip, I asked Mr. Ramirez for a to go bag. He immediately expressed concern about me not finishing the sandwiches. He says “if someone doesn’t finish it all, it’s a bad sandwich.” I assured him that I enjoyed the sandwiches, and that I had actually ordered two just to get a better taste of his menu. It may be a little detail, but it’s comforting to see an owner take that much pride in his wares.

On the way to Atlanta, I had plenty of time to reflect on the sandwiches and Kool Korner. It really is a nice restaurant with a very nice, concerned owner, but I suppose it wasn’t as good as I was expecting. I feel that’s just a case of reading too much into random yelp reviews from the Atlanta location. Kool Korner makes a quality sandwich, so much so that I had to stop on the way back to Jackson and pick up two Cubans to go for a friend. Of course, there’s no reason to waste a stop, so I ordered a salami for me for the ride home. I love the crusty bread on these sandwiches, but they really are messy as hell in the car.