Last summer, after a change of ownership, I stopped by Brent’s Drugs. At that point, the new owner, Brad Reeves was still formulating his plans for the Fondren landmark. Now a number of months later, I decided to check in and see how much Brent’s Drugstore has changed.

Like many ambitious projects, the changes are still underway at Brent’s. The old aisles are long gone, and there is ample seating to choose from. The back wall is covered in a tarp. I suppose that Reeve’s plan to convert the pharmacist’s counter into a second kitchen is taking a little longer than expected.

One thing that has changed is the menu. All the old favorites are there, but there’s a new burger, the Gourmet Brent’s Burger on a Kaiser roll. 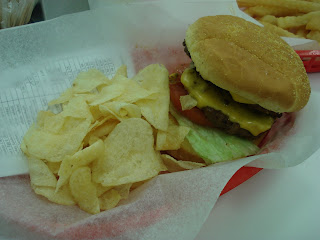 Essentially a larger burger with house comeback dressing, the burger is dripping with juices as it hits the table. 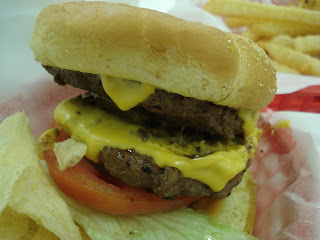 There’s a big, beefy flavor, and the comeback sauce is subtle but still there. One downside to the comeback is the bottom bun is quite soggy. With each bite, there’s a progression of flavors. First you get a slightly spicy comeback, then a punch of overcooked beef and then a coating of American cheese. Those three layers make for a very nice burger, but I soon find there’s simply not enough comeback to go with the double patties. One touch I really like is the chopped onions, much better than onion slices.

I don’t remember fries being on the menu at Brent’s Drugstore, so I decided to give them a try. 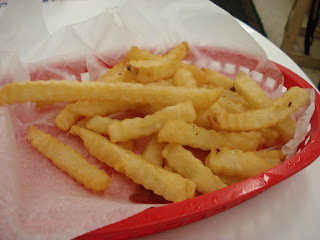 Well, the fries are nothing more than frozen Ore Ida crinkle cut but they are well fried, but not very well seasoned. I think I’ll stick with the standard potato chips next time.

It’s interesting to see how Reeves is trying to strike a balance between retaining the classic menu and atmosphere of Brent’s and adding his own touch. The Gourmet Brent’s Burger is a nice addition to the menu, especially with the Kaiser roll. I’m sure time will bring more subtle changes to the restaurant, but the classic Brent’s is still there for everyone and their pangs of nostalgia.