After an excursion to the middle of Louisiana, I decided to try another route home. Conveniently, this route led me through Natchez. It’s not often I find myself in this architectural gem, but I was really going through Natchez for one thing: The Donut Shop.

There are two ways I heard about the donut shop. First was through the Southern Foodways Alliance and their Delta Tamale Trail website. Second was from Alton Brown in his second season of feasting on Asphalt. I had enjoyed the donut side of The Donut Shop once before, but the tamales would be something new. I can only hope they would be better than the other Natchez tamales from Fat Mama’s.

Once you pull up to The Donut Shop and walk to the counter, you can really get a look at some of what they have to offer. 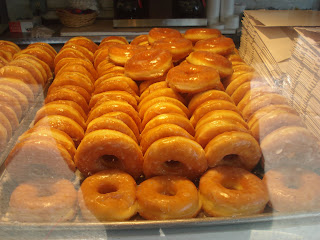 A plethora of glazed donuts 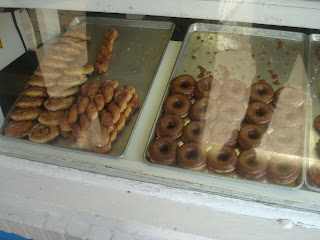 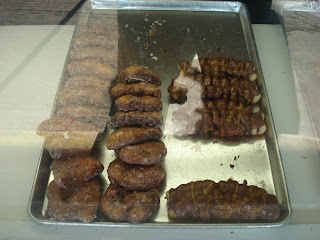 Apple fritters and some chocolate & caramel concoction and many more.

I ordered a variety of donuts to go, but I knew I should try the tamales here as they really don’t reheat too well. 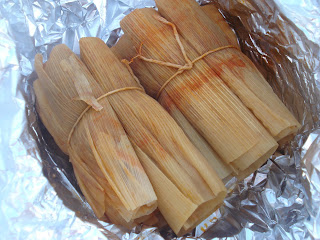 There they are, and interesting to see that The Donut Shop uses corn shucks and not parchment paper. 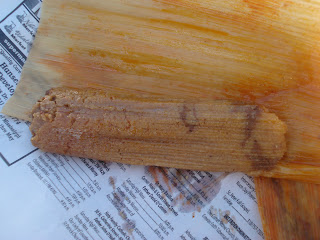 Here’s one freed from the corn husk, and it already looks nice and greasy. At the very least they were hot and fresh. 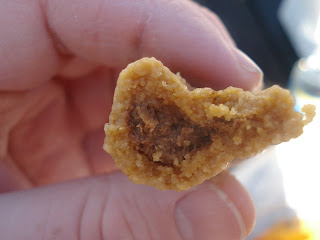 A cross section of a tamale, but what about the flavor. Well I asked the counter and found they used hamburger meat, so I’ll assume ground chuck. Outside of the beef, there really wasn’t much in the way of spiciness. There was no real cumin flavor either, but they were quite juicy. A few minutes later, I did notice a slight lingering heat, maybe a touch of cayenne, but while I was eating them, I found them quite bland. There’s only two Natchez stops on the Delta Tamale trail, and I have to be frank, they aren’t worth stopping for.

However, you generally don’t go a place called The Donut Shop for tamales, so let’s take a look at the bounty I brought home. First are the cinnamon twists. 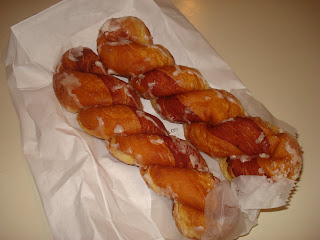 While they might look nice, these were essentially a long, braided, and glazed donut. If there was any cinnamon flavor lurking in the twists, I couldn’t find it.

What about the most basic of donuts, the glazed? 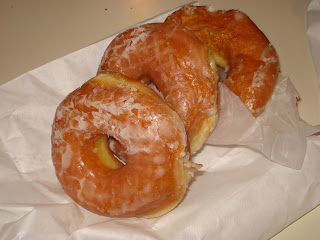 You can tell this is not a machine applied glaze, but underneath the sugary exterior was a very dense and quite tasty doughnut. The powdered sugar and vanilla glaze only made the doughnut that much better.


You can’t talk about a glazed donut and not mention the chocolate covered. 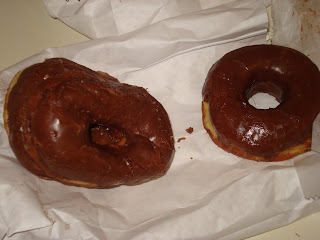 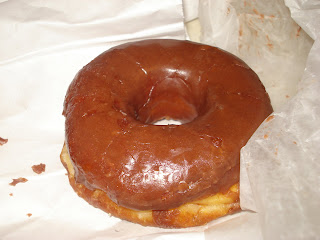 Taste wise, the chocolate glazed were the same as the regular glazed, delicious. I’m starting to think these donuts are very cake like.

I have no idea what this monstrosity is called, but it seems like a diabetic’s nightmare. 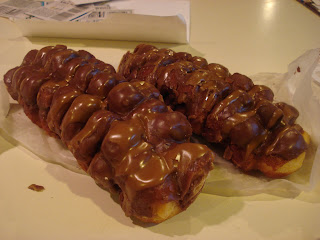 Here it’s the same dough as the others, but covered in a chocolate and caramel glaze that is completely overpowering. 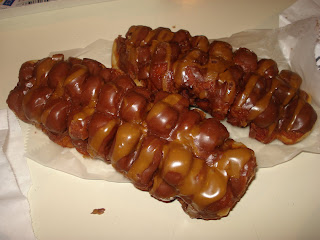 I’d be amazed to see someone eat a whole one in a single sitting. I’m sure they’d go into insulin shock, but it would be delicious.

The last of the sweet offerings from The Donut Shop was the apple fritter. 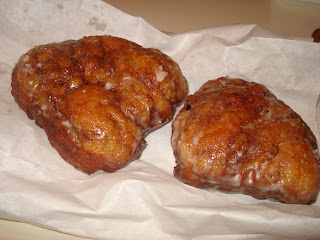 A doughy triangle with apple cinnamon filling, I immediately discovered the merit of sticking this in the microwave. 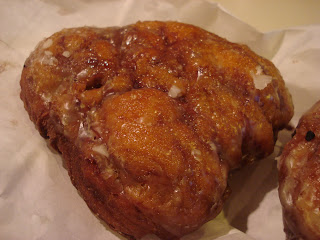 It was only 30 seconds, but that was enough to turn this from a sweet, dense, and doughy treat to something that was light but bursting with cinnamon flavor. The only real downside to this fritter is that whatever apple is there is completely overshadowed by the sugar.

Even though it seems like I brought enough for 10 people, that wasn’t all I bought at The Donut Shop. 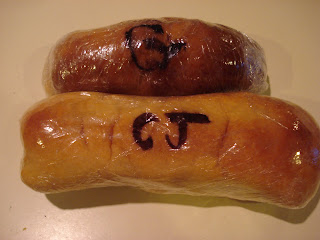 Kolaches, Cajun and garlic and the first I’ve seen outside of Houston. 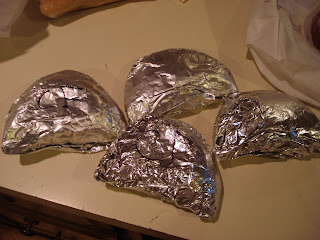 Meat pies in the form of crawfish and Natchitoches meat pies. Unfortunately I was too full to try these after sampling the variety of donuts, and when I went to eat them, they mysteriously disappeared.

At the very least, I’ll say this. If you happen to find yourself in Natchez, make sure to visit some of the beautiful antebellum homes, but also pay a visit to The Donut Shop. It’s a nice reprieve from the Krispy Kreme dominated world of donuts, but I think it’s best to avoid the tamales. There are many better examples around the state.

I first had kolaches in a small town in Mississippi. It wasn't Natchez, although I sure can't tell you which town it was. Keep your eyes peeled as you travel around the southern half of the state...

I loved our stop at The Donuts Shop too, though we did end up getting Tamales at Fat Mamas and there were good. Yum such happy eating

I appreciate the comments made on my business. I always need feed back from my customers to see how we are pleasing them. Thank you for the comments on the Tamales, I'll try to improve on them. And next time you come through our little town stop and try our hamburgers. We make our own buns from the donut dough and I have some new inventions that I trying to put on the menu. Thanks again!!! And happy travels and eating on the road