Fresh Market can be an interesting and infuriating place to shop for produce. It seems they never have the rudimentary herb that I want, but there’s plenty of lemongrass. I suppose that’s a sign I should cook more Thai food. They also seem to have a number of bins with very little turnover. Last month one of those bins was full of chayote squash, better known as mirlitons. Seeing them made me immediately think of mirliton gumbo. I’ve never actually had mirliton gumbo, and I can’t think when I’ve seen it on a menu here or in New Orleans. Conveniently there’s a recipe for Austin Leslie’s Mirliton Gumbo in my copy of “Cooking Up a Storm”. I suppose it’s time to see if there’s anything to this gumbo.

What better place to start than with the mirlitons? 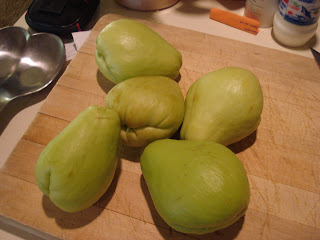 The recipe calls for 6 mirltons, but I had 5 and going to the store for one squash doesn’t seem too worthwhile.

The squash are peeled, diced into 1 inch cubes, placed in a large pot and covered with water. 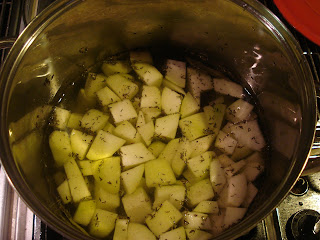 ¼ tsp of thyme leaves, 2 bay leaves, salt & pepper to taste round out the rest of the pot. Everything is brought to a boil and then simmered for 30 minutes. 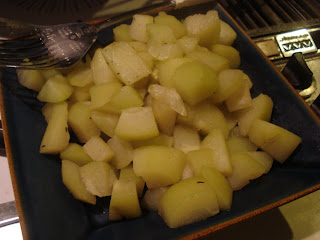 I fished all the mirliton cubes out of the broth and set them and the broth aside. I’m not really seeing a good gumbo coming from these, but I persevered

With the mirlitons set aside, I got everything ready for the next few steps. 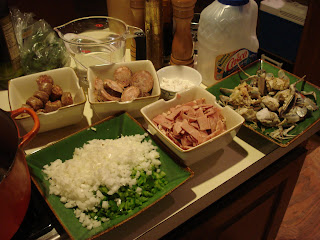 Starting from the top is a quart of water, then ½ lb fresh pork sausage cut into slices, ½ lb andouille sliced (Jacob’s andouille in this instance), ¼ cup ap flour, ½ lb of chopped ham, 4 gumbo crabs cleaned, and lastly is a bowl full of 1 medium diced onion, 1 stalk of diced celery, 1 diced green bell pepper, and there are 5 sprigs of chopped parsley in there somewhere.

In my trusty Le Creuset dutch oven, I melted 2 tablespoons of butter over medium heat. 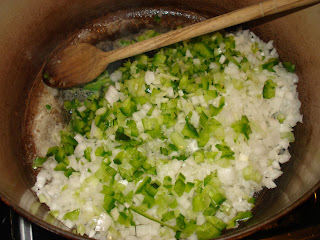 The bowl of veggies was added to the pot and sautéed. 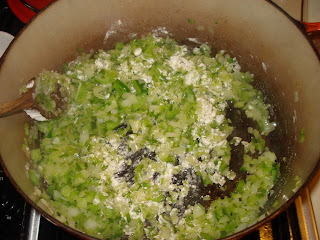 The ¼ cup of flour was added to the pot and an odd roux resulted. 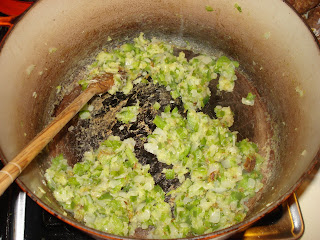 Even on low heat and with constant stirring, this was just a sticky mess.

I didn’t make it the prescribed 10 minutes before the water was added. 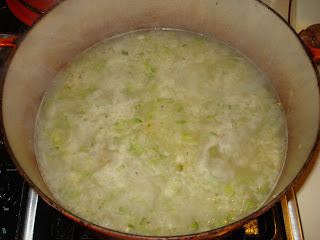 It doesn’t look like any gumbo I’ve ever made.

Once that was brought to a simmer, the ½ lb of chopped ham was introduced to the pot. 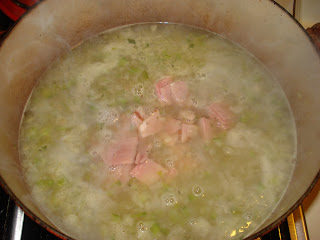 It was only 5 minutes of simmering before the next ingredient was added. 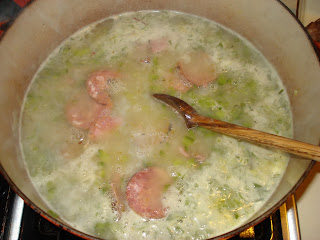 The ½ lb of andouille was thrown in the pot and then 5 minutes of more simmering. 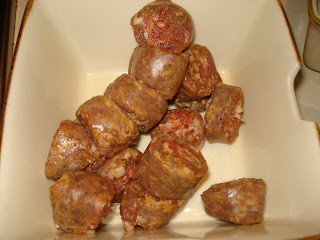 ½ lb of fresh pork sausage was next in the pot for another 5 minutes.

At this point, I had a pot looking like this. 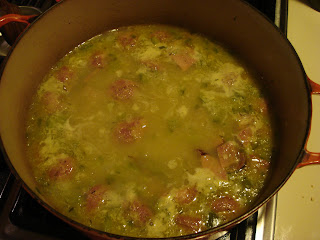 I thought it tasted pretty good as this point, but there’s much more to come. 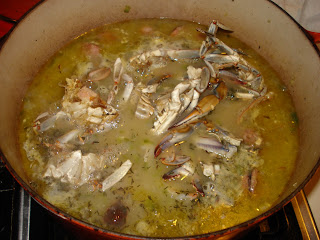 The four gumbo crabs, ½ lb of peeled and deveined shrimp, 1 tsp of file powder, a pinch of thyme and garlic powder were added to the pot and everything was left to simmer for 30 minutes. 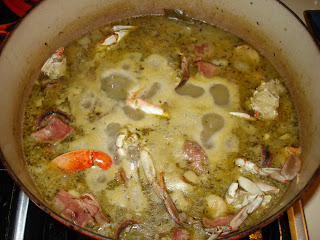 At this point things have been simmering for a good 45 minutes and I’m ready for the final ingredient. 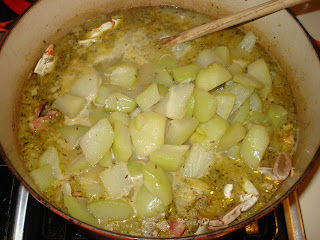 In went the mirlitons and what resulted was a very odd gumbo. I liked the depth of flavor from the three types of pork, but the crabs had brought an odd flavor to the table. It’s not often I think of gumbo as a vegetable heavy soup but with that many squash each bite is just little bit healthier. That being said, the next time I’m leaving out the crab and sticking to pork and shrimp. At the very least, a few of those chayote pears at Fresh Market were put to good use.