After a rather disheartening dim sum at Ocean Palace, I met up with my buddy Jon and looking to rectify the poor meal, we made our way to Beaver’s to meet with his friend Dave. Apparently, I’ve been living under a rock when it comes to the Houston restaurant scene, because Beaver’s has garnered quite a reputation. I wish I had done a little research on Beaver’s before I arrived, or I would have ordered one of their famous po-boys. Well there’s always next time.

Oddly, it seemed like an easy lunch wasn’t in the cards for me that day. First there was lackluster dim sum and at Beaver’s, it seemed like every thing I wanted they were out. My initial order was the house made jalapeno sausage. Minutes later, the waitress returned to tell me they were out of sausage. Unfazed, I went with the big beef rib; in the back of my mind I was hoping to see a Texas version of the beef rib from Daisy May’s BBQ in New York. However, another visit from the waitress meant there would be no comparison. Despite being in Texas, the home of beef bbq, I went with the bbq sampler that included the pork ribs. Wouldn’t you know that was strike 3? Soon the manager came out, looking a little embarrassed about the situation. Hoping to rectify the predicament, he asked what I wanted on the house. Looking to end this as quickly and painlessly as possible, I went with the house burger.

Thankfully, there was no real trouble with my appetizer, the bar bar. Described as chopped brisket, “sauced up”, onion, jalapeno, and tortilla chips, it seemed like the perfect blend of Texas BBQ and Tex-mex. 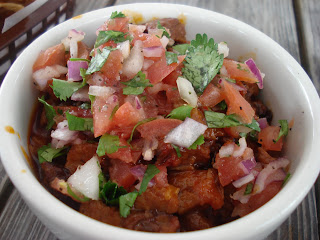 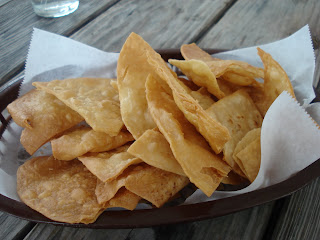 The thick pita chips were an excellent choice. Normal chips like tostitos would have snapped in fear of the chunks of beef. 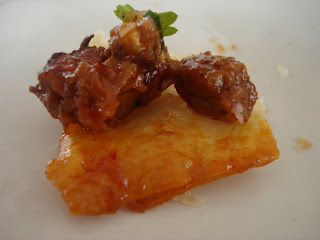 With big, tender chunks of beef, this appetizer had a solid foundation. On that foundation, the toppings built a solid structure. All metaphors aside, I was glad to see that the tomato and cilantro did not overpower the beef, although the chips did get a little doughy after a while.

Since I got my burger for free, anything better than a McDonald’s e-coli burger would be great right? Well, regardless of that circumstance, the Beaver Burger, a combination of ground sirloin and brisket, cooked to medium rare, is a fine example of the breed of quality burger. 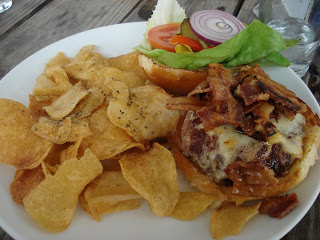 With a buttery bun and extra crispy, smokey bacon, this burger has a sterling presentation. 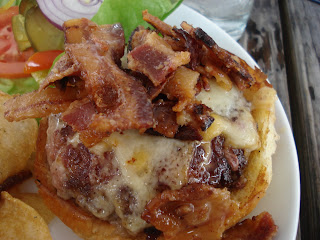 It looks pretty good this way. 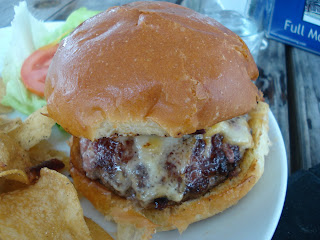 But things look even better when it’s assembled. 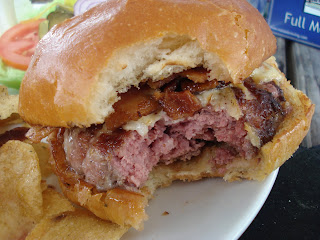 Beauty is more than skin deep here. This is a burger worth waiting for. Cooked to medium rare perfection and topped with melted white cheddar, I struggle to think of a better free meal. 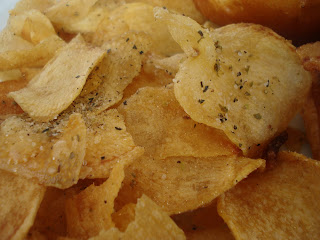 And those seasoned chips? They were just as well cooked and tasty. Looking back, I’m pretty glad they were out of everything else.

As hardy as meal as the bar bar and Beaver Burger had been, It didn’t take very much urging from Dave for us to try the Beaver Balls. 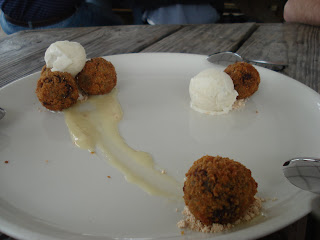 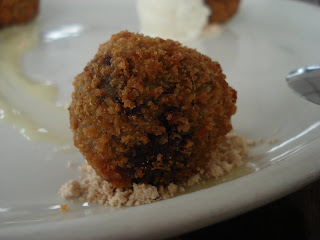 This was an interesting dish. I was a little unsure about the idea of fried brownie and when I actually took a bite, I was impressed at the thick crunchy from the thick, extremely rich batter. To be frank, I found this dish a little unimpressive. It was a good dessert, but the odd use of peanut butter and incredibly dense brownie balls were just too much.

Even with the surprisingly mediocre finish of the Beaver Balls, I would not hesitate at all to come back to Beaver’s. Yes, the service was sometimes a little spacey, but I think of Beaver’s as a neighborhood restaurant, and those restaurants aren’t always about the best service, but good company. At the very least, I want to see what I was missing in the bbq, or if the shrimp and oyster po-boys are as good as the hype. I can’t be the only one intrigued by the idea of fried po-boy bread.

I think that all this foods are really exquisite, I am so good to see them at all, I really like that all those dishes has been served promptly. Buy Viagra Viagra