Food Network, yes it is now a mere shell of what it once was. When I was younger, there was actual cooking on that network. Sadly, shows like “Two Fat Ladies”, “Essence of Emeril” and “East Meets West” and “Molto Mario” has gone by the wayside or disappeared altogether. So that means you have to dig a little harder to find something decent on the Food Network, except if you’re a fan of Alton Brown. Yes, the man is more than a little dorky, but he puts on a damn good show with actual, tested recipes. So, why babble on about the virtues of “Good Eats” and lost shows? I have lamb that needs to be cooked and Brown has a recipe worth trying.

Actually, I’ve already made Alton Brown’s recipe for gyro meat a number of times, but each time I forgot to take any pictures.It’s a rather easy recipe, and it starts with a few spices and aromatics. 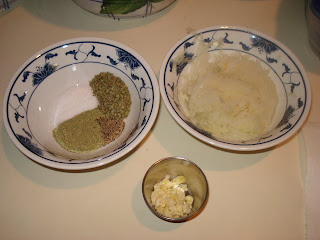 Onions, garlic, and herbs, but what herbs? 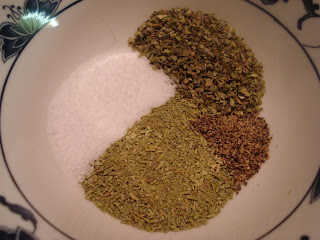 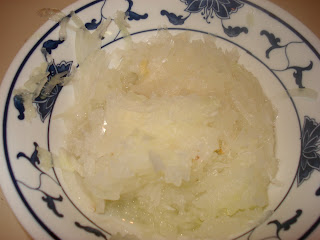 The onion is just a medium onion that I shredded in my box grater, and the garlic is just 1 tbs of minced garlic.

However, there’s more to be done with the onions than just shredding. 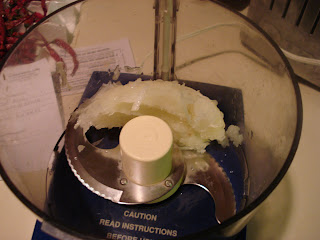 Per Brown’s instructions, the onions were dumped into a food processor. 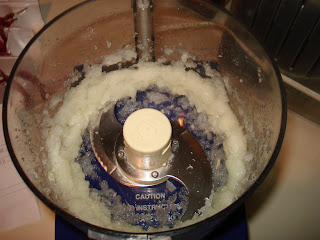 10-15 seconds later, I had some finely chopped onions. 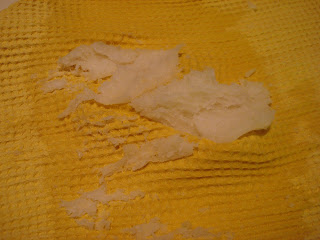 After being squeezed in a clean dish towel, all of the excess moisture is gone from the onions.

Now it’s back to the food processor. 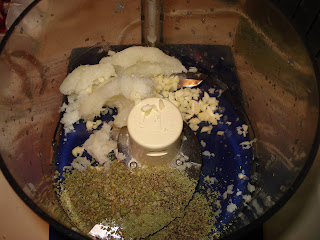 The spices, garlic and onion are all thrown into the processor 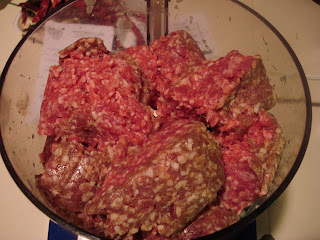 Along with 2 lbs of Flying M Farm lamb.

One minute of processing and scraping later… 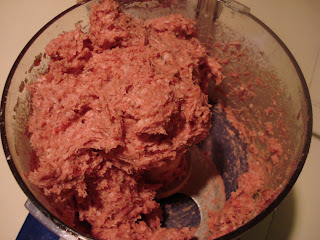 I have a paste of lamb ready to be cooked. 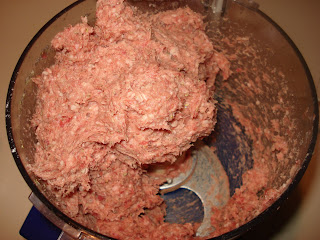 It looks a far cry from your favorite gyro now, but give it time.

After preheating my oven to 325, it was time to play with the gyro meat. 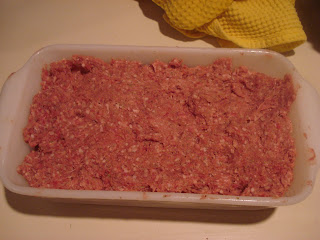 It took a few tries to make sure the lamb was completely pressed into the sides. 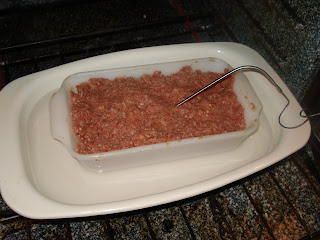 Next the pan was placed into a large pan, the larger pan filled with water, and the whole loaf was baked until it was 165 degrees.

A little more than an hour later, I was happy to see the recipe had worked once again. 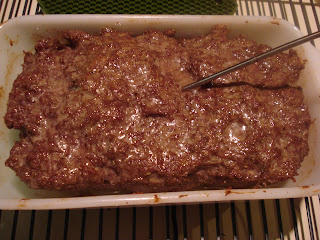 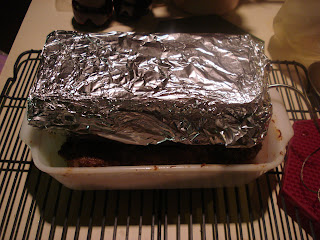 I nearly always forget to pour off the grease; don’t make that mistake. After that a brick is placed on the loaf and the whole thing is left to rest of 15 or so minutes. I know it’s an odd step, but trust Brown on this one. 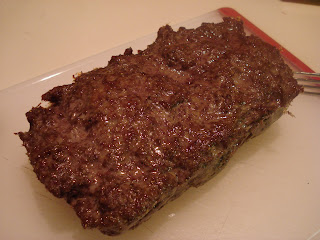 I’m ready to cut this bad boy up. 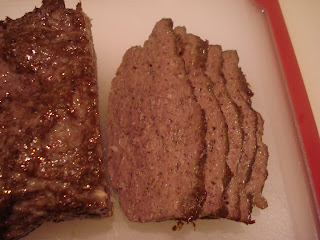 There’s always an internal debate about how thick I want my slices. It seems the thick side won this battle. 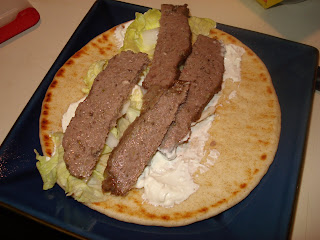 With a pita, some lettuce and tzatziki, I had a delicious gyro just in time for dinner. Yes, I know I didn’t make the Brown’s tzatziki sauce. I’ve made it before and it’s quite good, I just felt compelled to use some locally sourced tzatziki instead. Regardless, this just shows there is still actuall cooking being shown on the food network. You just have to wade through all the crap to find it.

I'd like to try this myself. Any approximation for how long I should wait before taking the internal temperature of the meat the first time?