Just in case you’ve been living under a rock for the past few weeks, we are in the midst of Mardi Gras 2010. For those millions of Saints fans in , and around the country, this Mardi Gras is unlike any other. Granted by the time I post this on the site, the Saints may have won their first Superbowl in franchise history, or the Colts will have won their second since moving to Indianapolis (Since the records for the Baltimore Colts stayed in Baltimore, this would be the 2nd for the Colts franchise). Regardless, each team has a distinct tie to . Peyton, and the Manning clan all hail from , and of course, the Saints are a huge part of . So what better way to celebrate this time of year than with a king cake?

Normally, I’d simply order one from one of the many bakeries, and I’ll still be doing that soon. However, after some family impetus, I decided to take a crack at baking my own. Of course I’ll need a recipe and where better to turn than John Besh and his sterling cookbook “My New Orleans”?

Not having done much baking the past, I knew I’d be in for a bit of challenge with the king cake. However each recipe begins the same way: gathering the ingredients. 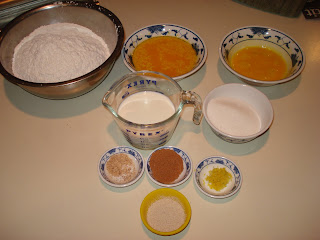 Starting from the top left, I had 3 ¾ cups ap flour, 8 ounces of melted butter, 5 beaten egg yolks, 1 cup of 110 degree milk, ½ cup of sugar, 3 or 4 gratings of nutmeg, 1 tablespoon of cinnamon, 1 tsp grated lemon zest, and finally 2 tbs of yeast. Not picture is one tsp of vanilla, which I forgot until the last minute.

First the warm milk was poured into a large mixing bowl. 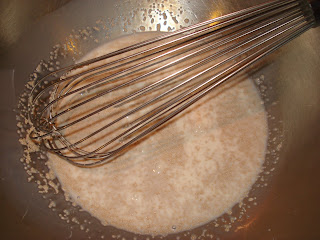 Then the yeast and sugar were added and whisked. 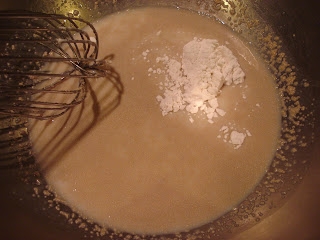 And one large tablespoon of the flour. I’m not really sure why this step is here, but I’ll trust Besh on this one.

Once everything had dissolved, I left the mixture to bubble and foam. 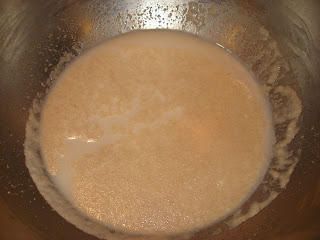 I suppose that’s foaming. You can tell I haven’t worked much with yeast.

With foam in the bowl, it was time for the rest of the wet ingredients. 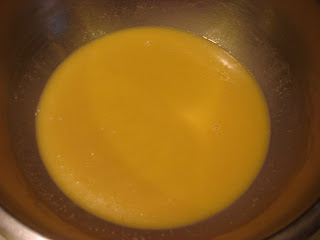 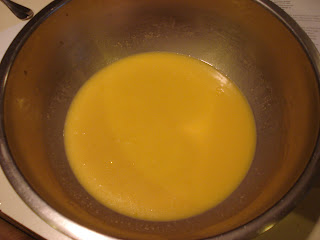 It really had a nice golden hue. I’m wondering how much of that can be attributed to the Kerry Gold butter I was using?

Then it was time for the dry team to be introduced to the bowl. 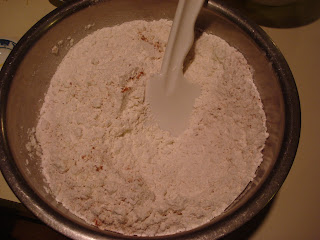 The remaining flour, nutmeg, and cinnamon were added to the wet ingredients. 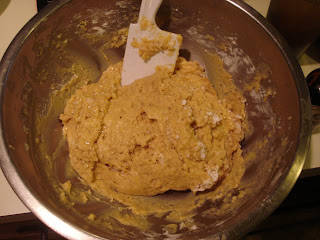 Everything was then folded together.

After several minutes of folding, the mixture came together in a nice dough. 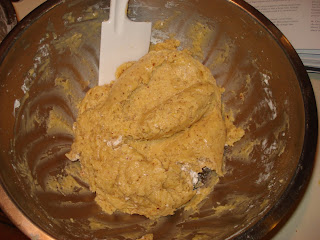 Since the dough was pulling away from the sides, it was time to turn it out.

Now we get to the really tedious part. 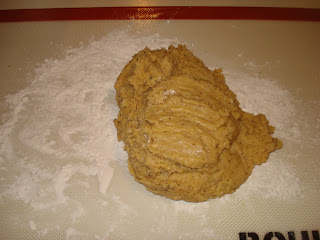 On a floured surface, Besh instructs to knead the dough until it is smooth and elastic, give or take 15 minutes. 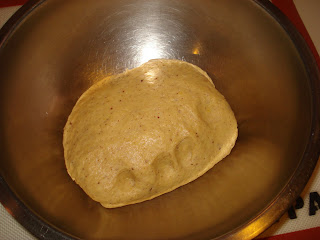 I should have used a stand mixer, but 15 minutes of kneading later, I had a pretty good looking ball of dough.

The bowl was covered in saran wrap. 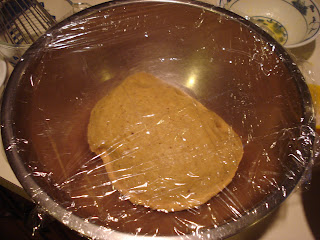 And then stuck in the pantry for 1 ½ hours.

I was looking for it to double in volume. 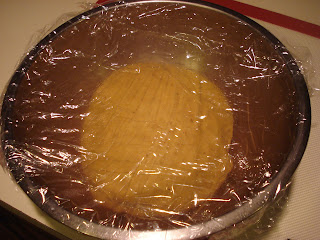 Looks doubled to me, I guess.

After preheating the oven to 375, the dough was punched down. 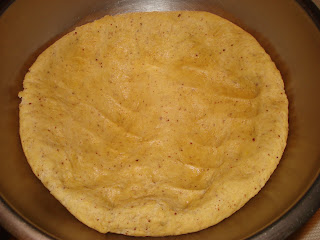 Punching the dough down is much more fun than kneading it. 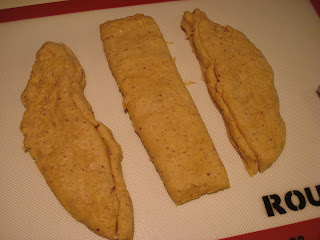 The dough was then cut into 3 equal as possible parts.

From here the idea was to roll the dough into long strips, trying to keep the lengths equal. 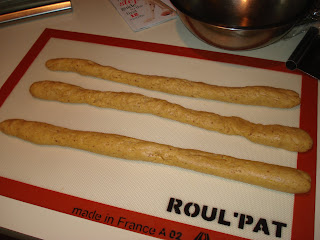 I got decently close with the equal part, but my dough was not too interested in rolling into a long strip.

Now it’s time for the braiding. 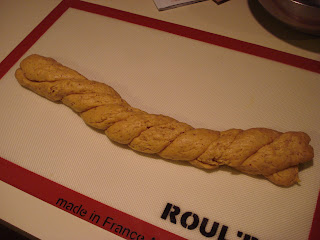 Behold my attempt at braiding the 3 strips of dough. It’s not bad, but not great. 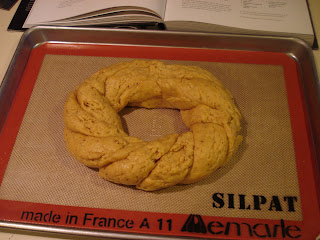 The braid was then formed into a circle and pinched together to complete it.

After another 30 minutes of proofing, it was time for the oven. 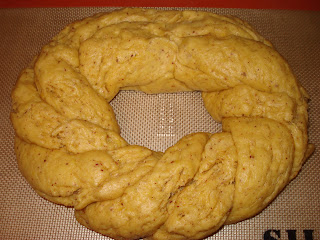 The cake is baked at 375 for 30 minutes. Knowing how finicky my oven is, I made sure to flip the pan halfway through cooking. 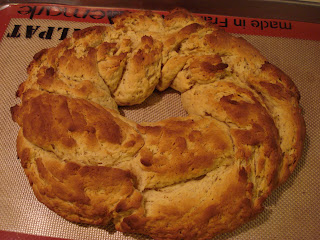 I’m pretty proud of that.

However, I’m not proud of what happened when I tried to move it to a cooling rack. 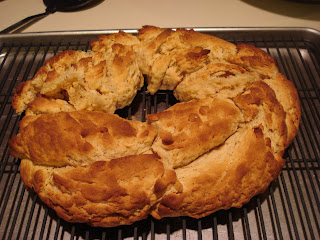 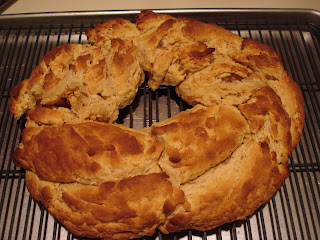 Yep, you can see the cake is really in about 5 major sections.

While waiting on the pieces to cool, I started with the icing. 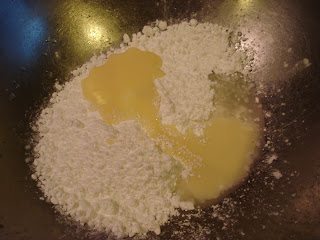 Besh calls for 2 cups powdered sugar, ¼ cup condensed milk and 1 tsp fresh lemon juice. Well I had the milk and lemon juice, but would you know I didn’t have a full box of powdered sugar. So working with the 1 ½ cups I had, I ended up with more then enough icing.

After painting the cake with icing and covering it in colored sugar, I had my finished cake. 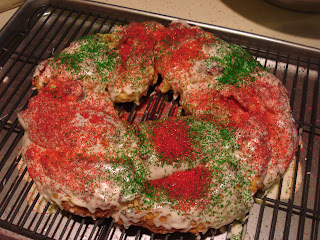 Unfortunately, the grocery store only had green and red sugar. 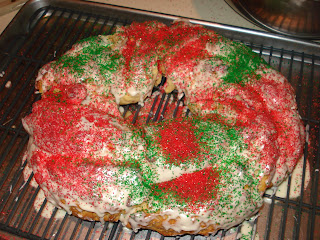 So, we’ll call it a belated Christmas/King cake.

Visuals aside, the important thing about any cake is how it tastes. 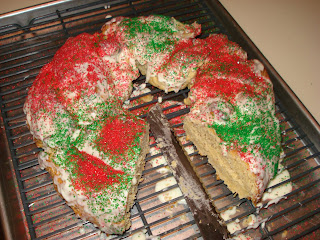 Obviously the cake wouldn’t be a moist as those stuffed with cream cheese icing, but this was a very tasty cake. The cinnamon and touch of nutmeg really shone through, and of course a lot of icing never hurts. One annoying thing about this recipe is the amounts. I really wish Besh had done the flour amounts in weight. For all I know, I used way too much flour, but aside from that, this is another great recipe from a masterful chef.

I found your blog because I, also, made the King Cake recipe from My New Orleans this weekend. Mine turned out way too dry, and I halfway think it was the recipe's fault. I think the 375F oven temp was too high (recipe's fault), but I also think I added too much flour while I was kneading (my fault).

Would you make this recipe again, or would you try another one?

I'm going to blog about it this week, too.

I'm glad I'm not the only one who was a little flummoxed by Besh's king cake recipe. Mine was a little on the dry side as well, but I'm not sure how much I attribute that to the oven temp. One thing that worries me is the recipe gives the flour amounts by volume. I know it's becoming hackneyed but baking needs to be done by weight.

I'll try this recipe again, if only to get the right colored sugar, but I think I'll wait till the summer and see how much the humidity affects the end result.