Starting the first week in January, the institution, Nick’s, left for in the heart of Fondren. When I first heard that Nick Apostle was planning to move, I was perplexed. Why would he leave such an established location? Business seemed brisk; there was ample parking, what more could one want in a restaurant? The best explanation I got from the wait staff is that Nick was hoping to attract a younger, hipper clientele. It was a bold move to say the least, and last week I stopped by to see what else had changed at Nick’s.

You might wonder why I mentioned ample parking as a benefit to Nick’s location, well if you’ve spent time in Fondren, you’ll know that parking is sometimes a little annoying to find. The problem is especially bad on . Luckily Nick’s seems to have pretty decent parking at their new location.


Once inside, the familiar dark woods are gone, replaced by a more modern blonde wood. Gone too are the white shirts and khakis on the waiters. Now everyone is dressed, head to toe, in black. Of course the changes carry over the lunch menu as well. Yes, most things have carried over, but my favorite sandwich, the turkey melt, has been replaced with a turkey blt. 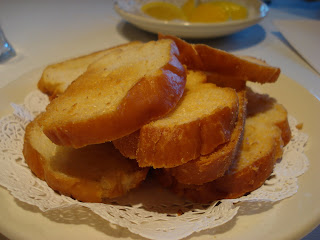 Thankfully, the croutons have remained and they are as rich and well suited for buttering as ever. I was told that the tower of butter at dinner made the transition as well.

Another hold over is the shrimp and crab gumbo. 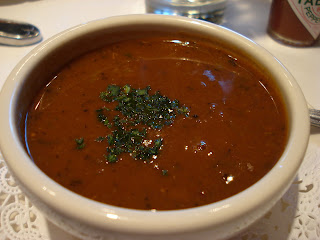 I consider the gumbo at Nick’s to be one of the best in . 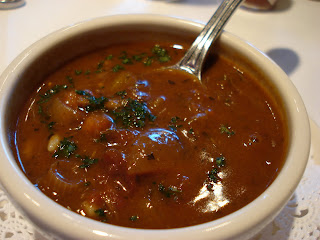 It’s always rich and satisfying. Yes, the shrimp are still on the small side, but there’s plenty of them and plenty of crab.

Like the turkey melt, the thin fries have been dropped and replaced with homemade seasoned chips. 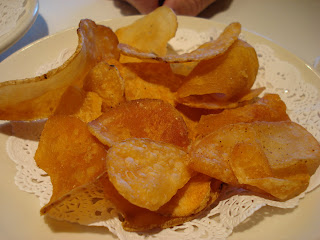 You can tell these are homemade because there’s not a uniform crispiness. 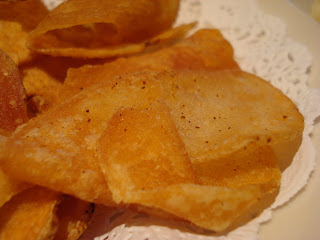 These aren’t heavily seasoned, but they’re pretty good as far as chips go.

French Dips are some of my favorite sandwiches. That combination of well roasted beef, tender but crunchy bread, and beefy au jus is just sublime. 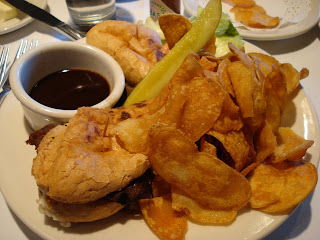 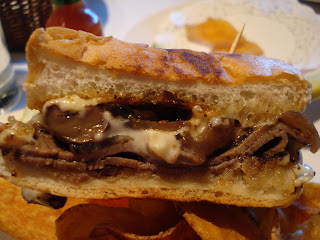 Peppers and onions are great on a cheese-steak, and a French loaf is perfect for a French Dip, but the two together seem a little off. 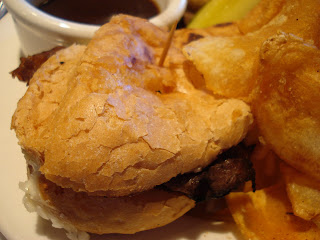 The Swiss cheese could be worse, I’d personally sub in some provolone. However, there is no place on either sandwich for mayonnaise. 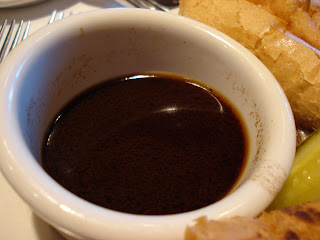 I’ll give Nick’s credit, they at least gave a rich, beefy albeit salty au jus. This has potential to be a credit sandwich, but lose the mayo and go a little easy on the salt.

So, lunch at Nick’s was pleasant but there was a few slip ups with the new menu and new location. Aside from the salty au jus, the missing sandwich, the core of what makes Nick’s great is still there. The food is still, for the most part, excellent, the wait staff is fantastic, and I’ll get used to the décor. The true test will be dinner, and more chances to explore the new menu, particularly the small plates menu that’s coming soon. Now if only they could fix the bathroom. It’s like stepping into a black and white movie. Everything is grey with a side of grey, and it’s cold in there.