While my batch of Sweet Corn and Chicken soup had been great, I was looking for something a little more fulfilling and comforting. For anyone that eats Chinese food, there are few things as comforting as a steaming bowl of wonton soup. Oh so conveniently, of the 4 recipes that used Kylie Kwong’s Light Chinese Chicken stock, one just happened to be Prawn Wonton Soup.

There’s no better place to start prawn wonton soup than with the prawns. 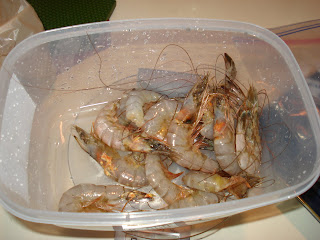 10 ounces of gulf, shell on shrimp. 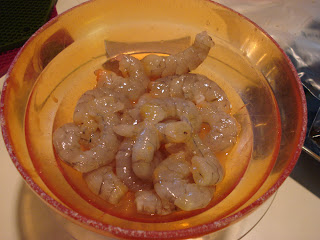 In no time, I had them peeled, deveined, and ready for the next step: dicing.

Now that the shrimp are diced, it was time to make their marinade. 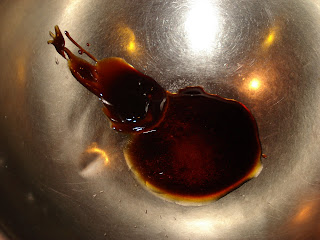 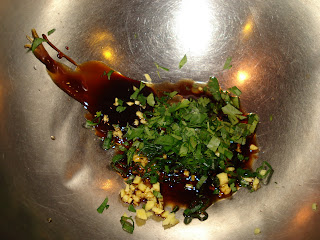 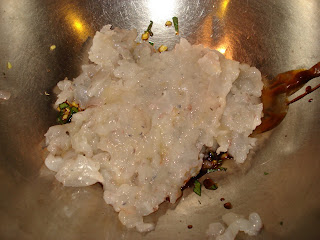 Let’s not forget the diced shrimp. 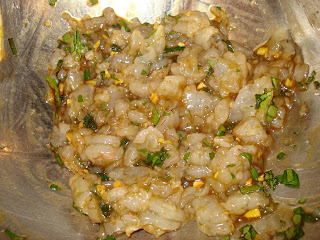 Mixed together, it’s not the prettiest sight. Regardless, the mixture is covered and refrigerated for 30 minutes.

With the shrimp safely in the fridge, I turned to the bok choy. 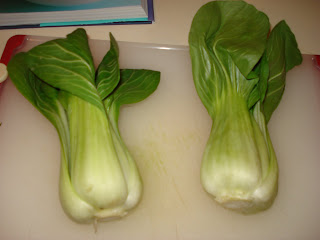 Sure, the recipe calls for half a bunch of bok choy. The good people at the Van Hung market only had baby bok choy. I guessed that 2 bunches of baby bok choy would equal half a full sized bunch. 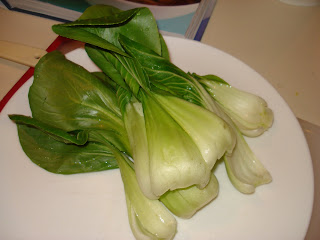 In her instructions, Kwong says to remove the core of the bok choy. I’m sure that’s more directed towards a full sized bunch of bok choy, but I did it anyway. 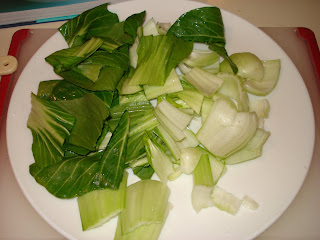 The bok choy was then cut into 4’s.

That 30 minutes flew by, and I took a look at my shrimp mixture. 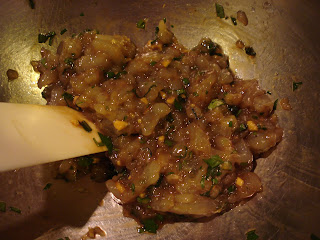 It’s looking a little dark, but I’m ready to move on to the fun part, making wontons!

My best advice is to do a google search and find a video instruction on how to shape the wontons. Kwong has a visual step by step in her book, but it took a few tries before my wontons stopped looking deformed. 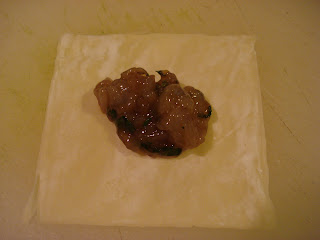 A rounded teaspoon of filling goes in the middle of a wonton wrapper. 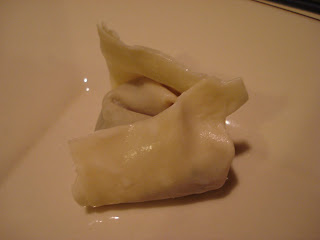 Here is my first attempt. 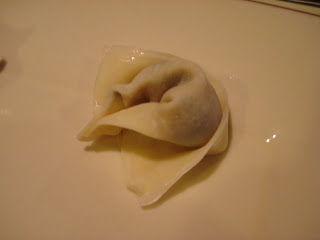 But I soon got the hang of it….sort of.

A funny thing about this recipe is that Kwong says this will make 16 wontons. 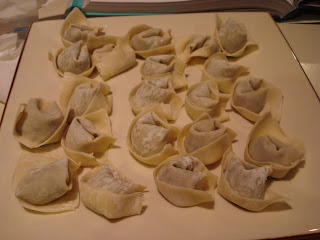 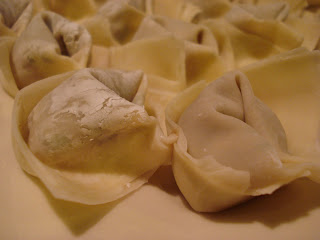 Numbers aside, look at my folded wontons, don’t they look pretty?

Mise-en-place has gotten to be a real habit for me. 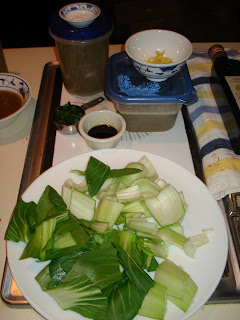 First in the pot is the 6 cups of stock. 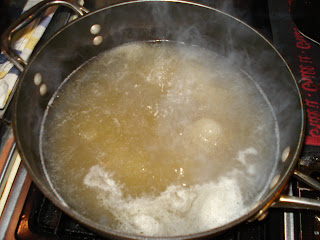 That is brought to a boil. 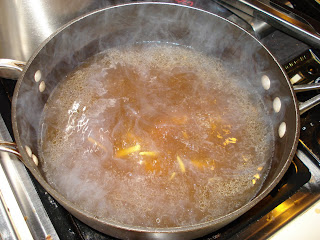 Now the ginger, soy sauce, sesame oil, and sugar are all added to the stock.

Everything is reduced to a simmer because it’s time for the wontons. 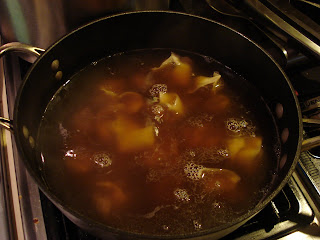 The tedious little dumplings are simmer for 2 minutes. 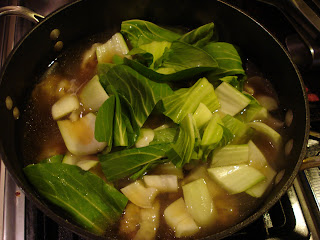 After the 2 minutes, the bok choy is introduced to the party and left to simmer for 1 minute or “until greens and wontons are tender.”

In less than a minute, the bok choy has undergone quite the change. 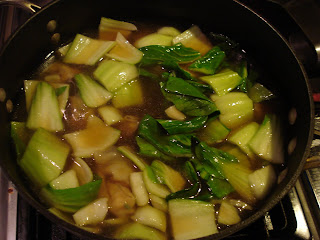 That looks tender to me, but what about the wontons? Kwong says the way to check is to cut into a wonton with a knife and see if the shrimp is cooked through. 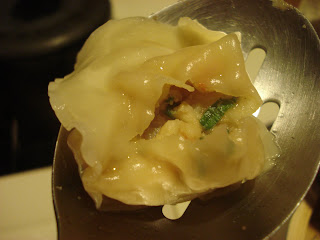 I say that looks done.

Now it’s time for those extra green onions to make an appearance. 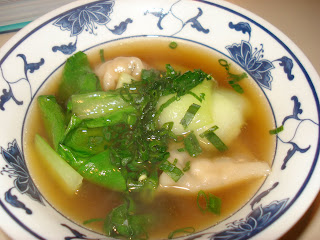 That looks like a satisfying bowl of soup doesn’t it? 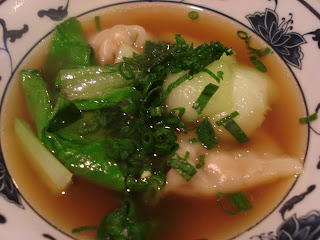 I’ll tell you the truth, it is very satisfying. When I started the recipe, I was a little apprehensive about the cilantro, and I’m still not completely sold on the idea. However, I think the cilantro might be one of those subtle differences between the Australian and American version of Chinese food.

I may not have documented it, but I’ve cooked more than a few recipes from Kylie Kwong’s “Simple Chinese Cooking” and true to the title, they do seem a little rudimentary. However, I’m intrigued by her take on some Chinese favorites. It’s interesting that malt vinegar seems to pop up in a few of her recipes, and then there are ingredients I’ve never heard of, like kecap manis. Apparently it’s an Indonesian soy sauce sweetened with palm sugar, but that just goes to show that Asia has more than 2 billion people and more than a dozen countries, so there’s a seemingly never ending supply of things to learn. At the very least, I’ll have to pick up another Kwong book just to see what other recipes she has in store.

You should really try something with kecap manis. It's wonderful.

If you try kicap (or kecap) manis, go for the kipas brand. It has a red or green hand held fan sign on it. The best!!!

Thanks for the recipe. Gonna try this today.