It’s been a good while since I’ve cooked anything from Hugh Fearnley-Whittingstall’s masterpiece “The River Cottage Meat Book”. In fact, it was back in November 2008 when I cooked his recipe for “Oven Roasted Pork Chops”.


Well, it never hurts to revisit an award winner, so I thumbed through the index and found a neat and tidy little entry under beef called “Beef in Stout”. Beer and beef, now that’s a stellar combination; so after getting my ingredients together, I was ready to make some “Beef in Stout”.

One problem with cooking from a British cookbook is that there’s often a number of subtle differences in the dialect. When the recipe called for 1 pound of baby onions, I figured that meant pearl onions. 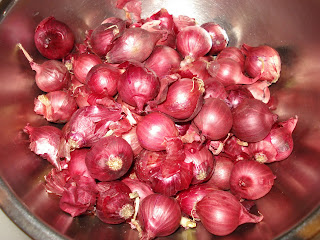 The recipe wasn’t specific about the color, but red pearl onions is all I could find. 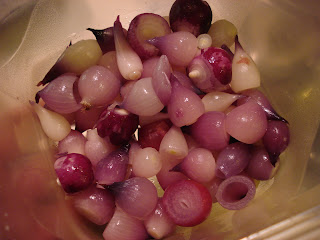 Do I need to mention that even with the boiling trick, pearl onions are still a royal pain to peel?

Anyway, after trimming and cutting my 3 pounds of chuck into sizeable chunks, peeling the onions, and cutting the 8 ounces of pancetta into cubes, I was ready to start. 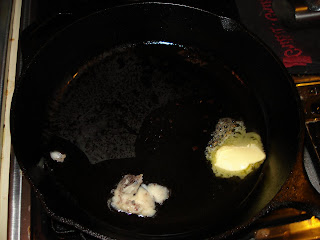 Here, either 2 tbs of butter or drippings is heated in a skillet. I didn’t have enough bacon drippings so I used a combination of bacon grease and kerrygold butter. 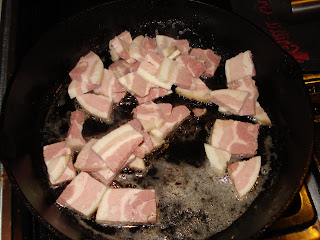 The pancetta was in first and I had to brown it until “the fat runs”. 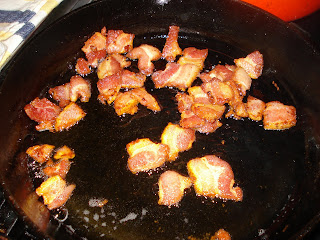 I suppose having the fat run is the same as rendering, and in a few minutes, the pancetta had rendered. The crispy pancetta was transferred to a dutch oven.

Next the onions were introduced to the hot grease. 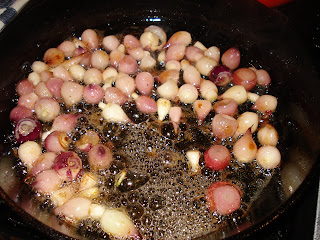 While waiting for the onions to brown, I discovered a fatal flaw in this dish. Fearnley-Whittingstall must be a dynamite resolve, because there’s no way a normal man will leave freshly fried bacon alone. So, there was rampant sampling of the fried pancetta while the onions were cooking. 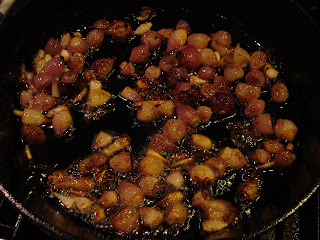 Several minutes and several pieces of pancetta later, the browned onions went in the dutch oven.

Last in the skillet were all the chunks of beef. 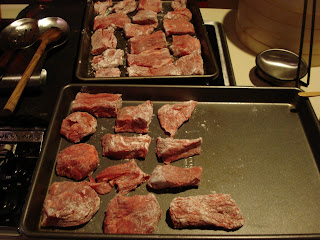 After being tossed in 1/3 cup ap flour, seasoned with salt and pepper, the beef was browned in the remaining grease. 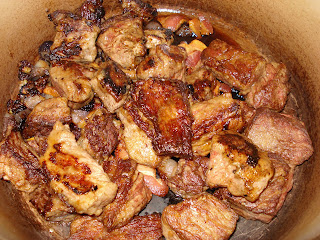 We all know what browned meat looks like, but here’s a closeup. 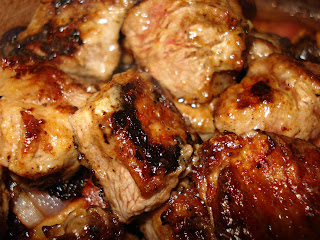 With the pancetta, onions, and beef in the dutch oven, I was finally ready to start with the beer.

In the ingredients list, Fearnley-Whittingstall calls for 4 cups stout, such as Murphys. 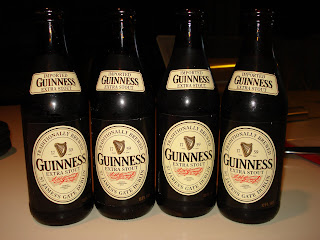 In retrospect, I fouled this one up properly. Not only did I use extra stout Guinness, I used 4 bottles not 4 cups. It always pays to read the directions extra times. 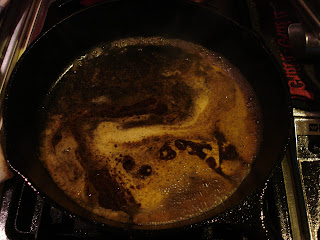 Regardless, the pan was deglazed with stout. I took extra care to try and get any bits of delicious fond off the pan. 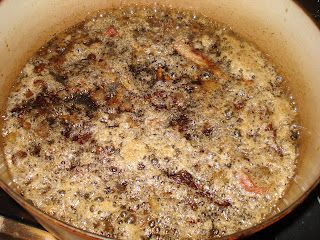 The pan full of stout, along with the rest of the bottles went into the dutch oven. 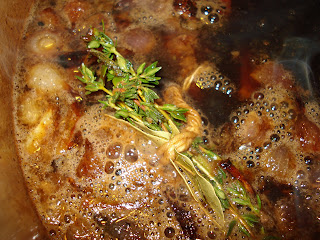 Let’s not forget the bouquet garni. This one consists of 2 bay leaves, a sprig of thyme and a stem of parsley.

This concoction was brought to a boil, reduced to simmer and after placing a lid slightly ajar, left to its own devices. 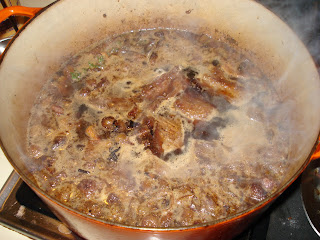 Fearnley-Whittingstall calls for the stew to be cooked for 2 ½ hours. After the first 1 ½ hours, it was looking pretty good, but it was time for the mushrooms.\ 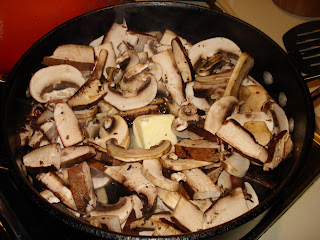 Yes, 8 ounces of button mushrooms and 8 ounces of shitake mushrooms (sliced ¼ inch thick) were sweated in butter until they “tightened”. I’m still not exactly sure what that means. 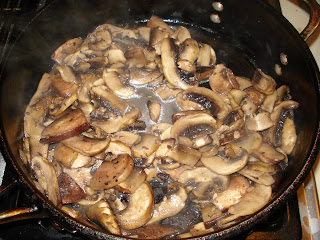 I took it to mean when they’ve released most of their liquid. At this point, I think they were ready for the stew pot. 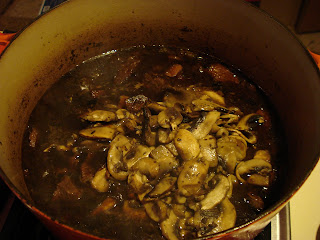 Everything mushroom related went into the stew pot and left to continue simmering for an hour. 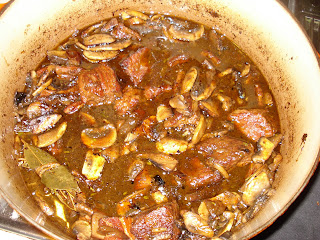 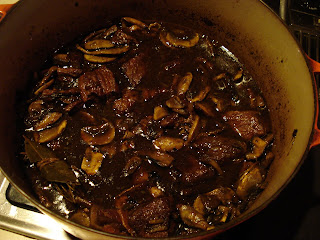 Even with my massive mistake of 4 bottles instead of 4 cups of stout, the bitterness wasn’t really an issues. Yes it needed a few good shots of salt and black pepper, but this was a quality stew. Sorry, there are no pictures of it over rice or potatoes. I’ll save that for next time when I try a different stout and the correct amount.