It really pays to have a good rapport with your butcher. You get the best cuts, the best service, and a myriad of other little details. That’s the reason Paul let me know about all of the special cuts he would have for the holiday. It was a list that was a mile long if it was an inch, but when said fresh duck legs, I immediately told him to set some aside for me. When I heard duck legs, the first thing that popped in my mind was duck confit.

Since I picked up a copy of Jennifer McLagan’s masterpiece “Fat: An Appreciation of a Misunderstood Ingredient”, I’ve had it in mind to try my hand at duck confit. It seems like the stars aligned right before Christmas.

Once I was home from Paul Anthony’s, I decided to take a look at my treasure. 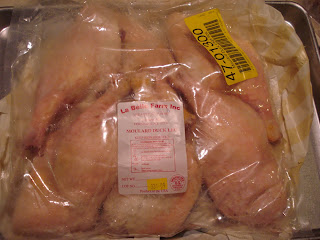 With the duck legs washed and patted dry, 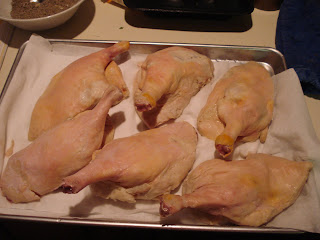 I started the first step of the confit. 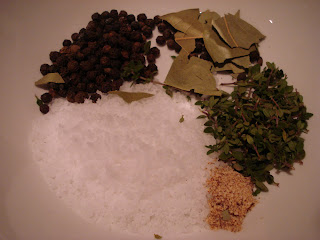 1 ½ ounces of sea salt, 2 bay leaves torn, 3 sprigs of stemmed thyme, 2 tsps of black peppercorns, and ¼ tsp of freshly ground nutmeg were culled from various parts of the kitchen. 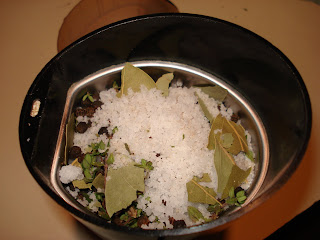 Then everything was put into my spice grinder 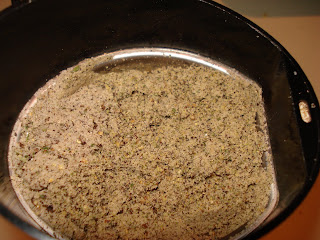 and then pulsed until it was all a fine powder.

The next step was to peel and slice 3 cloves of garlic and then rub them on the duck legs. 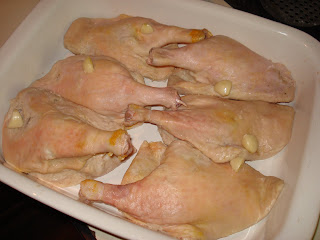 The now ducky garlic and the legs went into a dish. 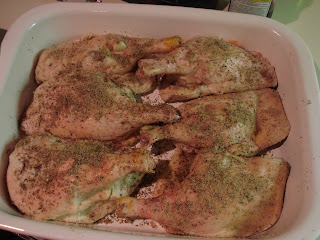 From here, the legs were sprinkled with the salt mixture/rub. 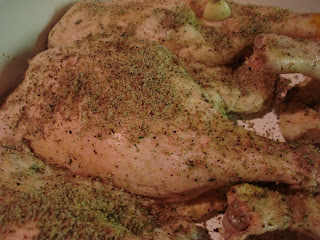 I wanted to make sure that every nook and cranny got its fair share.

Everything was covered in saran wrap 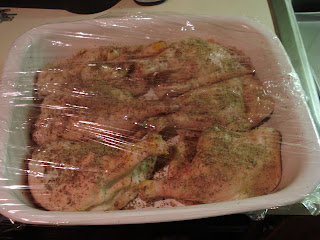 And then stashed in the refrigerator for two days.

In the meantime, I made my way to and started the mad dash for more duck fat. Having bought out all the jars at Paul Anthony’s, I had to go to four stores before I could find any inside . Whole Foods? Nope. Savor? Nope. Fresh Market? Nope. Star Provisions? Thankfully yes. Of course it wasn’t as simple as buying a jar to go. No, Star Provisions only had duck fat in bulk, so the patient butcher had to spoon duck fat into plastic tubs by the pound.

With duck fat and sister in tow, I made it back to to see what the salt had done to the duck legs. 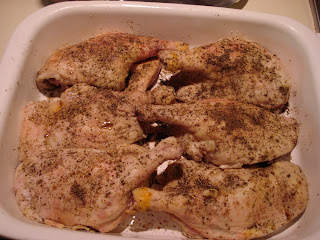 Everything looks pretty much the same. 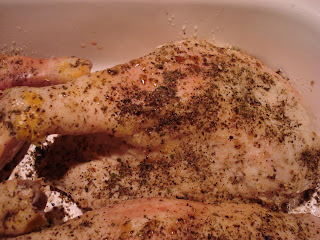 Although there is a little moisture here and there. Hopefully the salt pulled a few of those flavors inside the duck leg.

Now that the seasoning had done it’s job, it was time to wash it off. 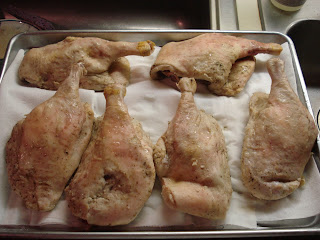 The legs were patted dry and then ready for the dutch oven. 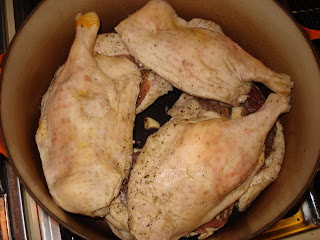 I took extra care to make sure the biggest legs were on the bottom, and I couldn’t forget those halved cloves of garlic. 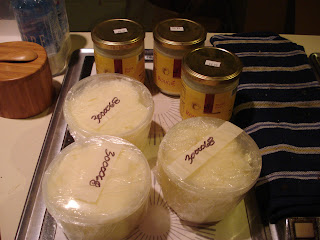 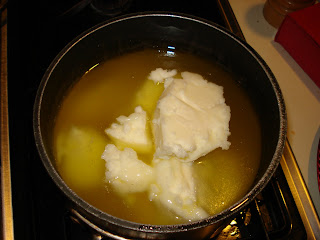 It had to be melted first. 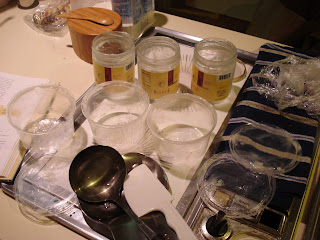 However there was a bit of a problem. 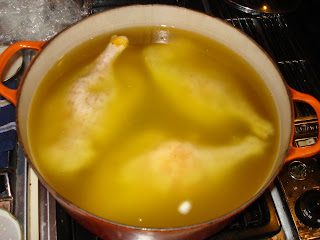 Even with more than five pounds of melted duck fat, the legs weren’t completely covered. 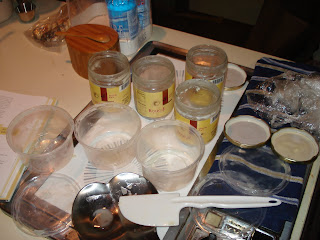 Luckily, I had an emergency supply of duck fat.

When the legs were completely submerged, I turned the heat to medium and waited for the first bubble to rise to the surface. 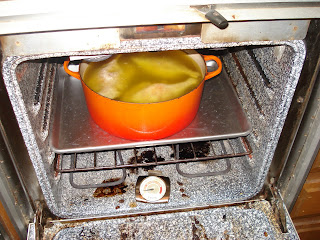 Once that happened, the dutch oven went on a baking sheet and into a 200 degree oven. Now it was just a matter of time.

McLagan writes that the confit should take 4 to 5 hours, or until “the meat is very tender and has shrunk away from the bone”. 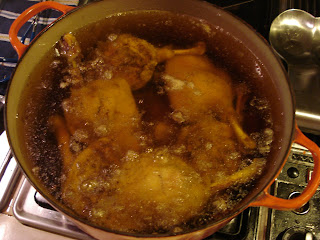 At about 4 ½ hours, I decided the meat had shrunk away from the bone. 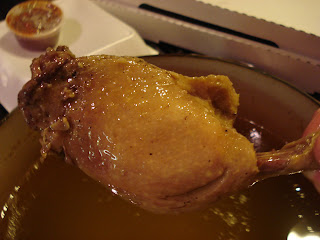 Looks pretty fantastic to me.

Of course, now I had the fun time of getting the duck legs into sterilized mason jars. 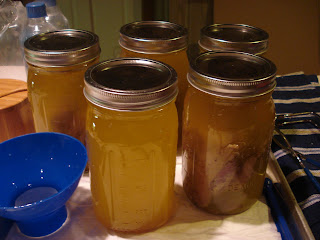 Even when it’s cooled down, there’s nothing quite like dealing with that much liquid duck fat.

if you buy a whole duck and butcher it yourself, you can take off and render enough fat to confit the legs.

Next time you are in Atlanta, I would highly recommend you check out the old-fashioned butcher in Emory Village, Shields Meat Market! I bet they would hook you up with all the duck fat necessary:)

I made duck confit for a cassoulet I made a while ago. There's still a pleasant fatty sheen to my kitchen.