Do you know how hard it is to find someone who wants to eat a pig ear sandwich? Apparently some people are a little repulsed by the idea of eating an animal’s ear, who knew? Ever since I heard the odd story of Swedish tour groups coming to and eating at the Big Apple Inn, I wanted to go try it for myself. Of course, that idea quickly faded into the background, and Carpe Jackson beat me to the punch. Well, I finally decided that I’ll take my lunch break and brave the wilds of and form my own opinion about this mythical piece of offal.


I have never spent much time on Farish Street, in fact, I’m not sure if I’ve ever even been there, but it seems like I’m not missing much. Aside from F. Jones Corner, Peaches, and the Big Apple Inn, there really isn’t much to . F. Jones is a recent addition to the street, but if Peaches and the Big Apple Inn can survive, they must be something special.

Once you step inside the Big Apple Inn, you get the feeling that everything is covered in a fine layer of grease. There’s a lot of history in this building, and I’m not sure if that history has been cleaned since the 30’s. However, there is something pleasantly archaic about their menu. 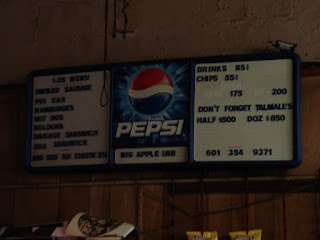 I like a restaurant where I can order practically the entire menu for a $20 bill.

You ever get the feeling that the jokes on you? Well, I sure felt that way when everyone in line laughed when I ordered the pig ear sandwich. However the real joke was the wait. Apparently ordering at the counter is for suckers as everyone else had called in their order nearly 30 minutes earlier.

I tried to get a picture of the bowl of (steamed?) pig ears on the griddle 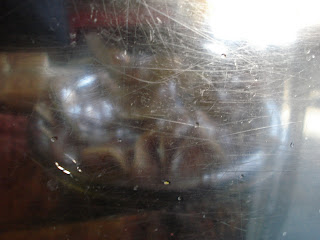 Not much luck, but it ratchets up the mystery of the sandwich.

Some time later, I had my to go bag ready and I was back to the office. I’ll cut to the chase, here’s the main reason I went to the Big Apple Inn. 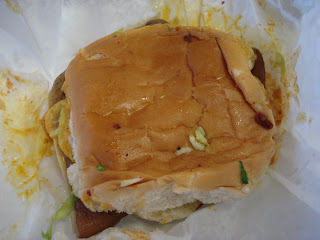 Yep, it looks like something hanging out of a krystal bun. 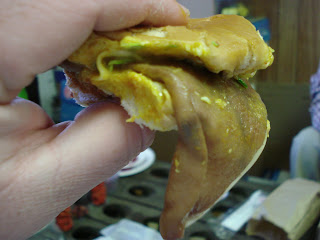 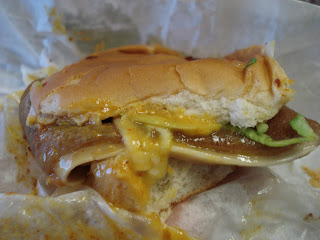 With every sandwich, you get a choice of hot, mild, or no hot. 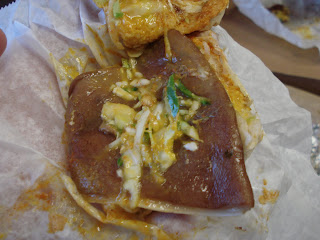 Naturally I went for the hot and so everything was topped with a spicy combination of slaw and mustard. 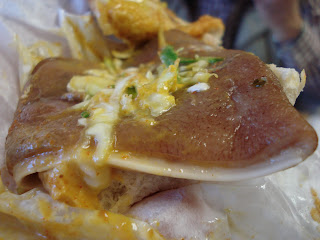 Well? What does it taste like? The ear is really cooked to nothing and actually has no real texture. There’s a very vague pork taste that makes for a pretty tasty sandwich. I might have ridiculed the size of the bun earlier, but it really does make a perfectly sized pig ear sandwich.

Enough with the offal, what about the smoked sausage sandwich? 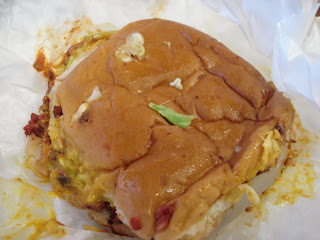 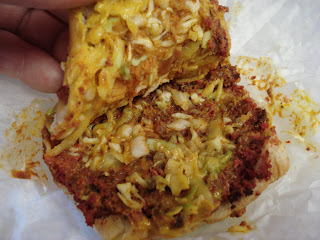 Yes, it’s that infamous “red rose” sausage that’s just be ground up. Red rose might not be the correct name, but it’s what I grew up calling it. 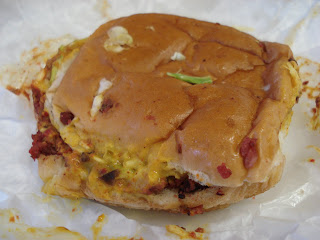 It might be tasty now, but I’ll pay for this one later.

For some time, I thought that Tony’s Tamales was the only tamale place in . This half dozen tamales from Big Apple Inn shows just how wrong I was. 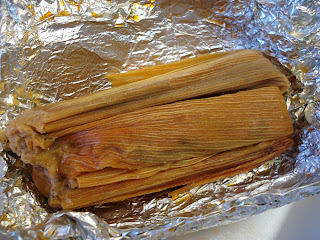 I’m glad to see they went the corn shuck route, I’m just not a fan of parchment paper wrapped tamales. 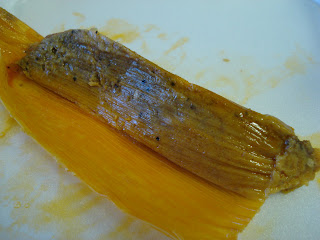 Here’s an unwrapped tamale. Looks a little naked doesn’t it? However, you can’t miss those big flecks of black pepper. 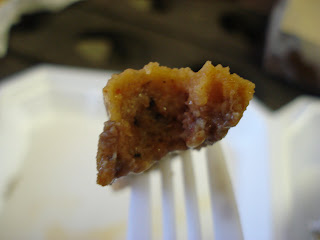 While the pig ear and smoked sausage sandwich were pretty good, I would go back to Big Apple Inn solely for the tamales. Greasy, delicious, and with a good amount of trailing heat, I think these were the star of lunch. Surprisingly, these tamales are made from turkey meat. I wonder why both Big Apple Inn and Tony’s Tamales have gone the turkey route?

I have a feeling that I’ll pay another visit to Big Apple Inn, if only to try the rest of their madly expensive menu. The next time, I’ll skip the beginner’s mistake and order ahead.