It might have taken a few months, but I’m in and I’m finally going to try Domilise’s. Like most of the restaurants I try in , this one came by recommendation. Supposedly Domilise’s has the best roast beef po-boy in town. Even though the roast beef at Parasol’s is near and dear my heart, I set any preconceptions aside and went in with an open mind.

Of course, this meal couldn’t start without a setback. As soon as we put in our order, I asked if they took credit cards. Not till next week. Fortunately, the good people at Domilise’s were nice enough to go ahead and make our po-boys while we walked to an atm.

After a chilly walk to the atm, I was happy to see a bounty of po-boys on Leidenheimer bread. Hungry and wanting to try a couple, I had ordered two small po-boys, a roast beef and a fried shrimp, dressed of course. First up was the roast beef. 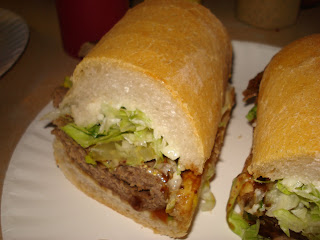 With the first bite, there’s that familiar crunch of po-boy bread. 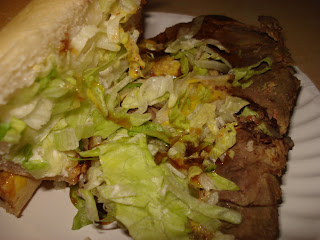 Unfortunately, it was downhill from there. The roast beef was cold and dry, but the gravy was hot and pretty tasty. 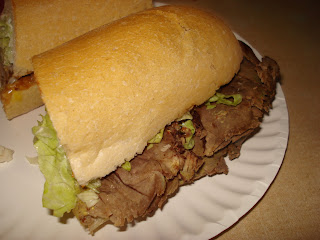 Once I got a bite with some Creole mustard, everything started to work. However I was still surprised at how lackluster the roast beef was.

Hopefully the shrimp po-boy can rectify the situation. 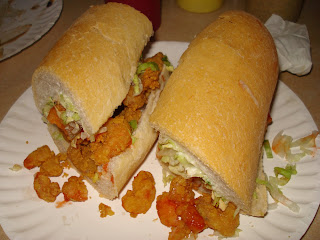 You can’t criticize Domilise’s for the quantity of shrimp, granted there aren’t as many as on a Parkway Bakery po-boy, but still plenty to spill out of your sandwich. 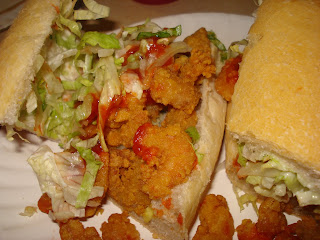 It was painfully obvious that these shrimp were pretty poor on their own, but with the mayo and cocktail sauce, they worked well in the po-boy. 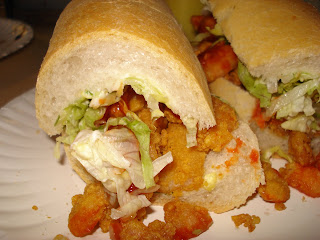 Even with a few shortcomings, the shrimp was much better than the roast beef po-boy.

The sad news is that I missed out on what was probably the best choice at Domilise’s, the oyster po-boy. At the very end, Jon and I switched sandwiches and I definitely got the good end of that bargain. While I wasn’t really sold on the shrimp and roast beef po-boys, I’ll be heading back to Domilise’s if only to get a full taste of the oyster po-boy.

Domilese's roast beef poboy is not good at all. No comparison to Parkway's. However, the shrimp/oyster combo is great. Hold the ketchup though.