With the end of November and the arrival of December, cold weather has come to . That means a lot of late season harvesting from the garden, particularly the pepper plants. The real question is, what can I do with so many peppers? Sure, I could make lots of chili, but I thought I’d go for something a little longer lasting, hot sauce. Isn’t it convenient that one of my new favorite cookbooks, Donald Link’s “Real Cajun” has a recipe titled “My Hot Sauce”?

There’s no better place to start than with a box full of fresh produce. 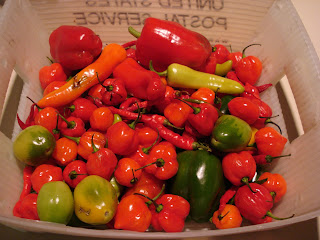 Obviously there’s more than one type of pepper in here, but I thought I’d go for broke and try using habaneros.

It took some time to weed out enough habaneros to make 3 cups, chopped. 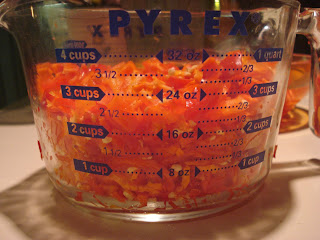 But with a little perseverance, I soon had a little more than 3 cups of chopped habaneros.

The next step seems a little odd. 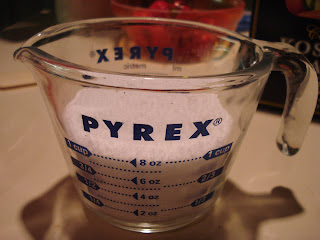 After measuring out 1 cup of kosher salt, the salt and the peppers were added to a container. 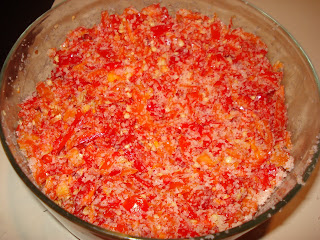 Everything was mixed together, sealed and left to sit at room temperature for 4 days.

Four days later, I was ready to continue with making hot sauce. 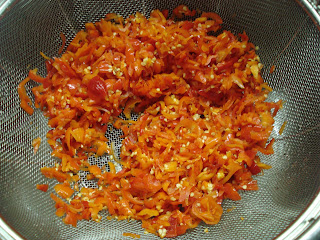 In the meantime, I went to prepare the rest of the ingrdients. 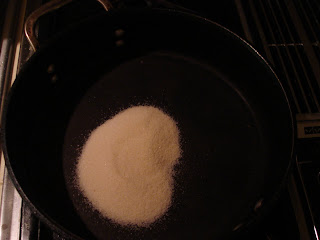 Into a saucepan went ¼ cup of sugar. 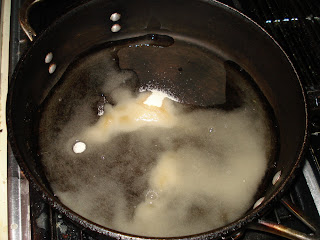 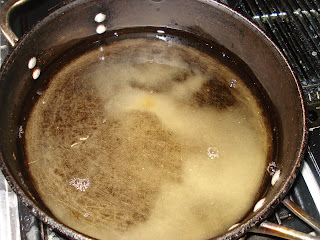 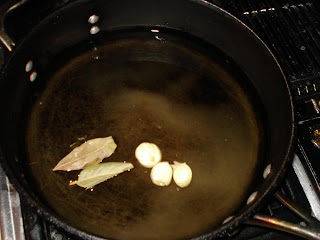 Next to last was 2 bay leaves and 3 cloves of garlic. 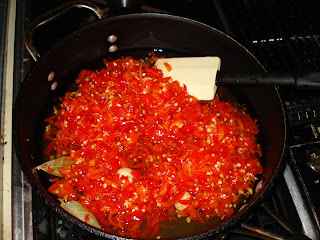 The peppers were the last into the pan.

Now the recipe calls for the mixture to be brought to a boil over medium heat. 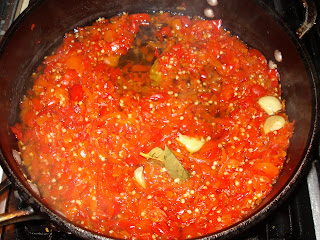 The heat is then reduced to low and the batch is left to simmer for about 15 minutes.

When the simmering was done, the mixture was left to cool. 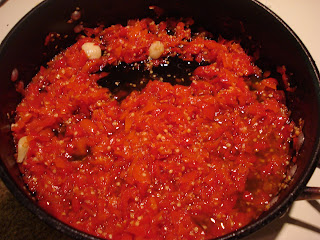 A little bit of the water has evaporated but there’s still a good amount of liquid in the pan.

Before I put everything in the blender, I had a hard time deciding on the bay leaves. Link never says to remove the bay leaves, but I’ve always been told to take them out of food before serving. 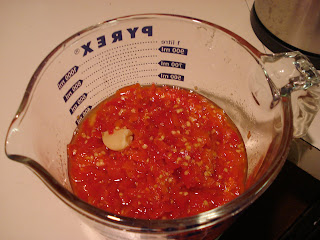 I erred on the side of caution and took out the bay leaves.

It took just a few second in the blender before I had a tasty looking hot sauce. 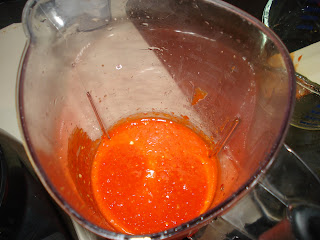 Of course blind heat isn’t everything. I was surprised at the flavor when I tasted the results. You start with the sweetness of the sugar, then the bitter of the vinegar, and finish and linger with the heat of pepper. 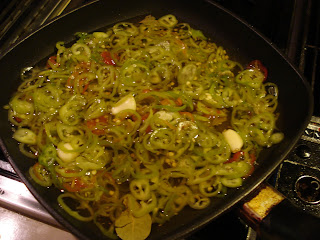 Why not a batch of banana peppers? 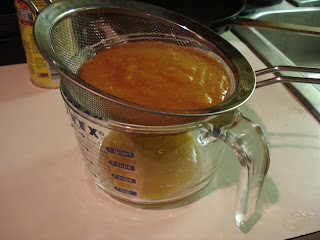 Or a strained batch of habaneros? 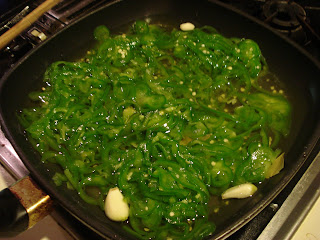 And just for the hell of it, a batch of bell peppers.

After more days of salting, simmering, blending and pouring, I was finished. 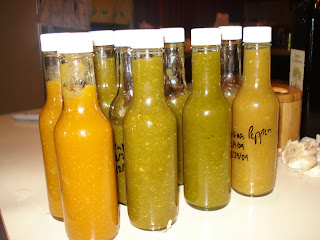 Oddly enough, that isn’t all of the hot sauce. 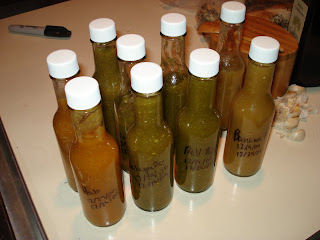 In the end, I had 8 separate batches of hot sauce, but pictured are a batch of strained habanero, regular jalapeno, regular bell pepper, and regular banana pepper. It never hurts to have a little variety.

I always take the bay leaves out before eating and never, ever blend them into anything.

Bays are safe to eat and most commonly in powdered form. (The whole ones are hard to digest, can give you a stomach ache or make you sick to your stomach.

So my advice: Always take them out, lol.

Thanks for sharing photos! I literally just sealed my batch of cayennes into a large mason jar with the salt measurements. Your photos and success help me realize that they shouldn't necessarily create a super liquid brine like when making sauerkraut. This is one recipe where I wish Link had included a couple more photos.