Location is a hugely important part of a successful business. There are always those loud, proud restaurants that dominate the scenery and everyone knows. However, how many times have you heard someone gush about a hole in the wall restaurant or one that was off the beaten path? Wraps definitely falls into the latter category. Located behind a Subway and nestled in Maywood Mart, most people could pass Wraps a thousand times and be none the wiser. It’s been a few years since I’ve eaten there, so I decided to stop back in.

Once inside, you can’t help but notice all the Greek kitsch on the walls. As nice as the touches of Greece are, I was more interested in the menu. There’s your standard gyro, but after that, Wraps seems to have every conceivable filling. There’s a pork tenderloin, tilapia, vegetable, chicken, flat iron steak, and shrimp, not to mention all the specialty gyros. With an equally large selection of salads, my only complaint with the menu was almost all the specialty gyros needed further explanation

I decided to get a baseline and ordered an authentic Greek gyro and a pita melt. 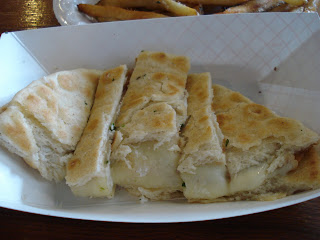 The pita melt and the gyro came at the same time, but with a combination of feta and mozzarella, I thought it best to eat the pita melt first. 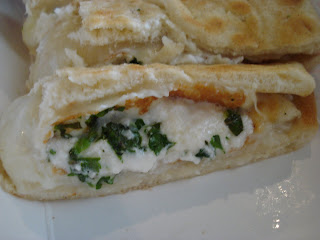 The herbs inside the wrap were a nice touch as this was a deceptively simple, yet delicious appetizer. 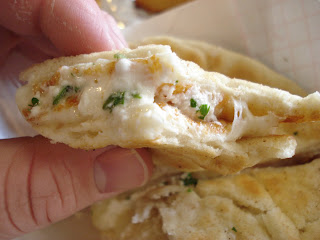 That thick layer of mozzarella really conceals the feta and basil making each bite a nice surprise. The only downside to this dish is that it’s best hot and fresh; once it cools, it loses a fair amount of its charm.

Moving on to the main attraction, I turned towards my gyro. 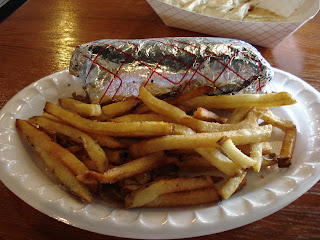 You can’t help but notice those large chunks of salt on each fry. 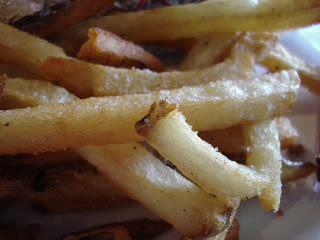 In addition to selling gryos and salads, Wraps sells “authentic Greek sea salt.” I think this is their way of pitching the hard good and it’s a good sell. There’s nothing exceptional about the fries, they are just well salted and very well fried. That simplicity is more than captivating and it’s damn hard to resist. 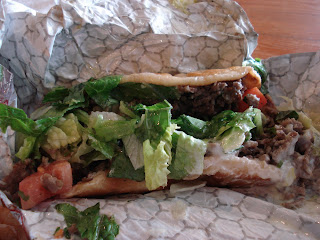 Unwrapping the gyro, it has an inherently messy, but home styled appearance. Regardless, there was a rich, creamy tzatiki sauce that went perfectly with the tender lamb. 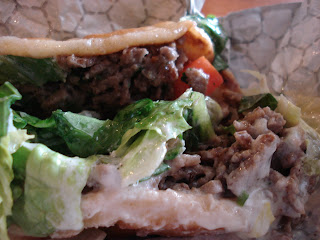 The chopped meat and sauce reminded me more of a cheese steak than a gyro, but I’m not complaining. It may come as a bit of a shock, but I’ll go out on a limb and say that Wraps has Keifer’s beat when it comes to gyros. Sure Keifer’s has a better location and a fine atmosphere, but the homemade and slightly messy approach to Wraps make it that much more charming and satisfying.

Even though the pita melt and gyro were more than filling, I couldn’t stop myself from trying the baklava. I was sure that like everything else, this house made dessert would be fantastic. 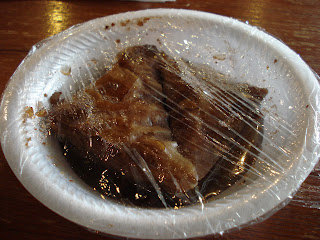 Each serving of baklava comes this way, wrapped in cling wrap. 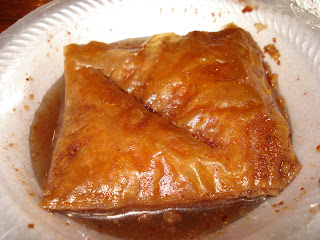 It looks all very promising. 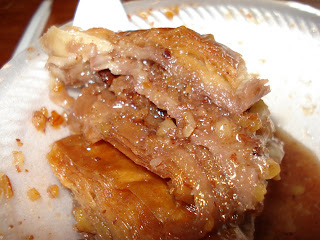 Unfortunately, the baklava is literally swimming in syrup and that delightful crunch of the phyllo dough is lost. While good syrup is often welcome, this time it muddles the flavor and texture of the entire dish.

Outside of the baklava, I enjoyed my lunch at Wraps so much that I got take out for lunch the next week. I decided to give two of the specialty gyros a try. First up was the souvlaki. 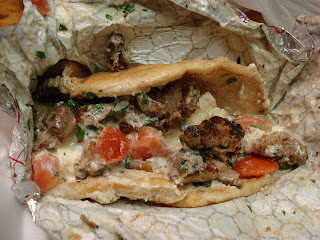 Yes, the messiness of the gyros was not lost during take out. 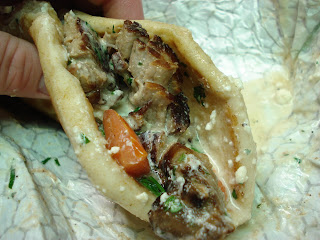 With all the extra sauce and a very thick pita, this gyro was incredibly difficult to eat. The lamb was also a little more scarce than I had hoped. However, what lamb was there was very well complimented by the huge chunks of feta and excellent sauce. While the souvlaki wasn’t everything I had hoped for, it was a very rewarding specialty gyro.

In addition to the souvlaki, I decided to try one of the locally named specialties, Yanni’s special. 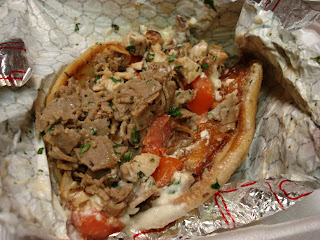 To begin, I can’t accuse Wraps of shorting me on the lamb or chunks of chicken. 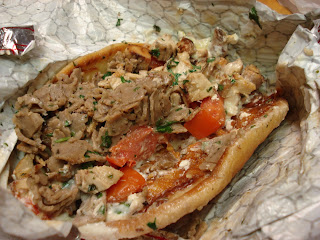 You can see underneath the meat, there is a layer of toasted mozzarella. Like all of their gyros, the Yanni’s special was incredibly difficult to eat without ruining your shirt. However, once you take a bite of that tender lamb, moist chicken and delicious tzatiki sauce, all faults are forgiven.

I know it’s a foregone conclusion; Wraps will never replace Keifer’s as the place in Jackson to get gyros. However, if people would take the time to look in Maywood Mart, behind that Subway, they would find a small Greek restaurant with a charming interior, a welcoming owner, and a damn fine gyro. I only recommend that you bring a steady hand or a bib.

Wraps is awesome, the tilapia gyro is paramount. I do think that the fries are especially delicious though. Its a shame that when most people talk about Greek in Jackson they think Kiefer's...Have you ever been to Jerusalem Cafe, they have a great salad and their Falafel and Kibbeh is my favorite.

Question...have you ever made sauce gribiche? Next question sweet or dill gherkins (cornichons)?