Anyone who’s a fan of and its cuisine knows the name Donald Link. James Beard award winner, owner of Cochon, Herbsaint, and Cochon Butcher, Link has made quite a name for himself. It so happens the last time I was in Cochon Butcher, I noticed they had copies of his book, “Real Cajun – Rustic Home Cooking from Donald Link’s ”. I can never turn down a good cookbook, so I immediately bought myself a signed copy.

Once I got a chance to look through the book, I set out to make a list of all the recipes I’d like to try. However, that method had a snag for this book. It was much simpler to make a list of recipes I don’t want to try. Still, with a glut of chickens in my freezer, I decided to start with the a one pot dish called Chicken Sauce Piquant. 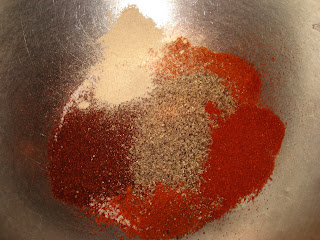 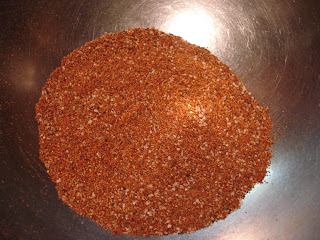 I was very surprised at the chili powder; I can’t think of the last time I saw chili powder in a Cajun recipe. Whisked together, it looked like any other Cajun spice mix.

Now the recipe calls for a 3-4 lb chicken to be boned and cut into 1 inch cubes. 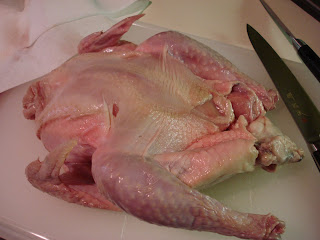 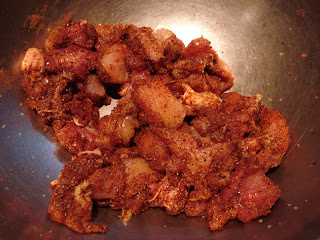 All the chicken was tossed with the spice mixture and set aside. Link isn’t specific about how long the chicken needs to sit, but I figure it won’t hurt to sit too long.

In the recipe description, Link write how “piquant” means spicy, but in his style of cooking it also means a style of preparation using pan frying and making a roux. 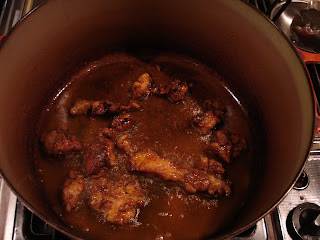 So, here’s the chicken, after being tossed in flour, being fried in ¾ cup of vegetable oil over medium high 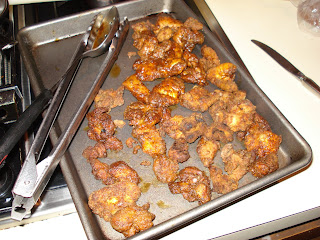 After several small batches, I had all my chicken nicely fried. Of course, I needed to sample my hard work, and I was immediately a fan of the spicy, moist chicken. I really need to fry one of these poulet rouge chickens.

The next step, making the roux, is a tricky one. Taking what’s left of the 1 cup of flour I used to coat the chicken, I added that to the oil I had used to fry the chicken. 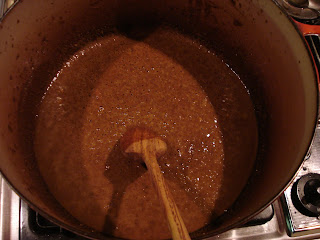 After about 4 minutes of constant stirring on medium, I had a nice peanut butter colored roux. 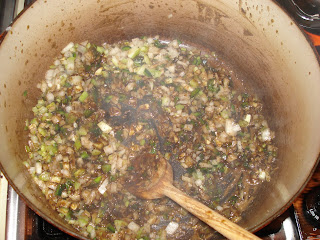 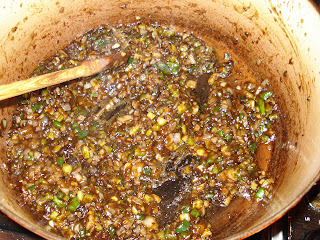 5 minutes of cooking turned everything a lovely color. 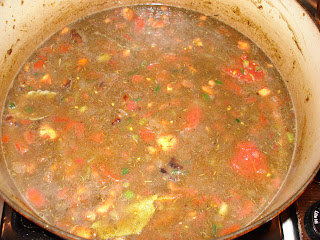 After simmering on low for 45 minutes, the chicken had slightly thickened. 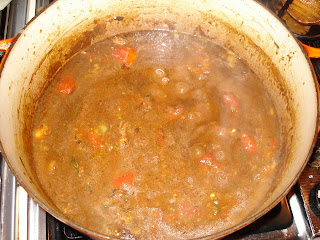 It was just as link described it: “a light gravy and the chicken is tender enough to shred with a fork.” Like any good Cajun dish, chicken sauce piquant is meant to be served over rice. 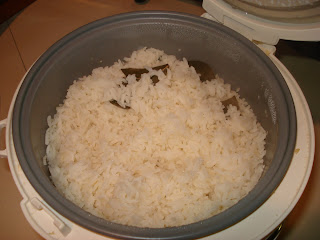 Link’s recipe for perfect steamed rice is like any other, but with a few subtle twists. Instead of just water and rice, H calls for 2 bay leaves and a pinch of salt added to the rice. After the rice cooker did its work, everything turned out great. 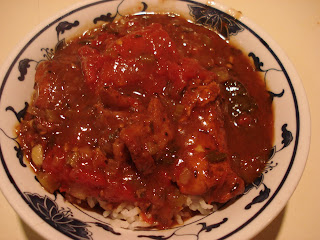 In hindsight, I forgot the scallions for garnish, but this is a dish to warm the cockles of your heart. While the gravy itself is nicely spicy, each bite of chicken reveals a good punch of that spice mixture from the beginning of the recipe. 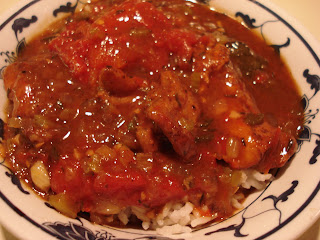 Sure chicken sauce piquant is simple food that involves one little chicken, but its comfort food and it really is delicious. I love an auspicious beginning to a cookbook.