Charcuterie, to me, the very word conjures up images of sopressatas, salamis, lonzino, lonza, coppa and a bounty of other cured meats. So, needless to say, when I read about the “Charcuterie – The Craft of Salting, Smoking, and Curing” by Michael Ruhlman and Brian Polcyn, I knew I had to have it.

It doesn’t take long before you realize this is a bible for meat lovers. However, under the section “Recipes for Salt-Cured Foods”, there is a fair amount of writing on pickled vegetables. Always looking for way to preserve my garden’s bounty, I decided to give a few of their recipes a whirl.

The first thing I would need is pickling spice. There were a fair number of ingredients to Ruhlman & Polcyn’s recipe, but it started with black peppercorns, mustard seeds, and coriander seeds. 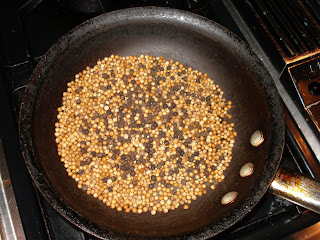 First, I lightly toasted 20 grams of each spice in a dry pan. 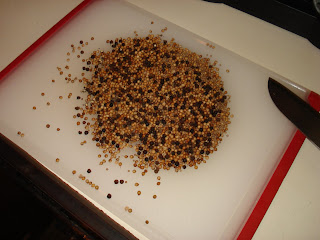 Then I did my best to smash them with the side of a knife. The idea is to crack them open, but all it seemed to do was make a mess. 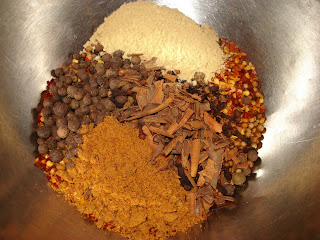 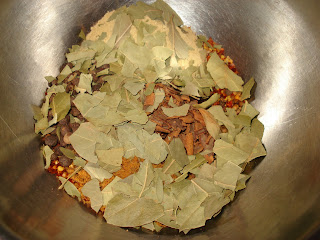 Last but not least were 24 crumbled bay leaves. With my pickling spice ready, it was time to move on to the vegetables.

Ruhlman and Polcyn are very emphatic about the right ratio of salt to water for pickling. Their golden number is a 5 % solution. 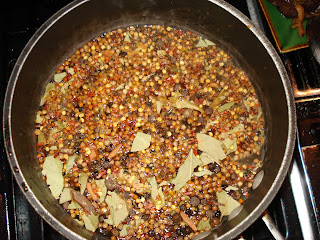 Here I’ve combined the 50 grams of kosher salt and 1 liter of water in a pot. The recipe calls for “optional, but recommended seasonings” such as garlic, ginger, chilies, peppercorns, thyme, tarragon, or pickling spice. 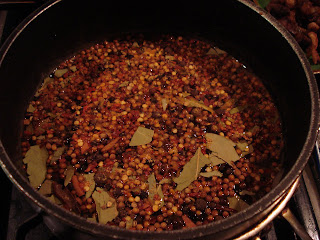 This is all well and good, but there is no specified amount. I reasoned that since there were 50 grams of kosher salt, why not 50 grams of pickling spice. 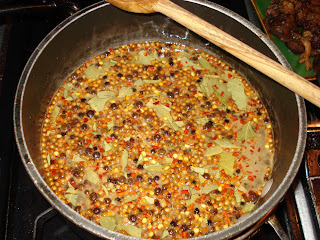 After coming to a simmer, I let it cool to room temperature. This gave me plenty of time to prep my vegetables to be pickled.

I know that October is a little late for eggplants, but there were a few stragglers and I decided to try them in this recipe. 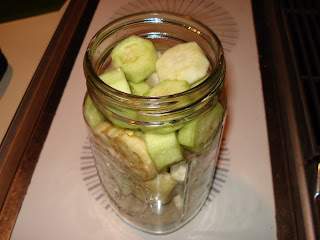 That’s a quart jar full of slice and peeled eggplant. 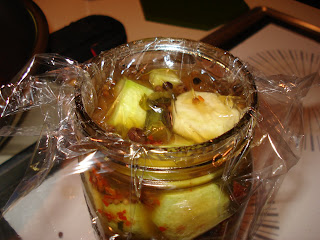 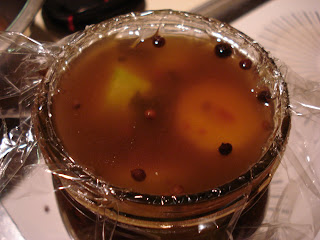 A little brine on top, just to make sure everything was covered.

From here, the jar went into a cool spot, the pantry, for 7 days. 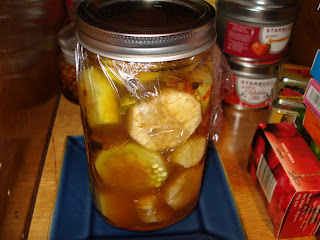 The idea is to keep the jar below 75 degrees. A constant sub 75 degrees is hard to achieve in the south, but this is the best I can do without using the fridge.

A week later it was time to taste the vegetables. 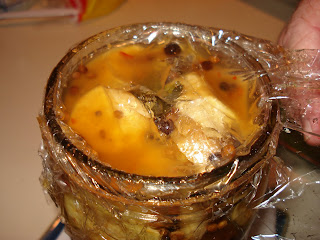 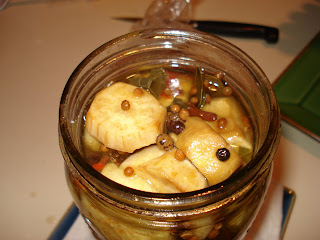 Ruhlman and Polcyn write the vegetables “should retain their crunch and have a mild salty-sour taste”. If I wanted a stronger flavor I could have recovered them and let sit for 3 more days. 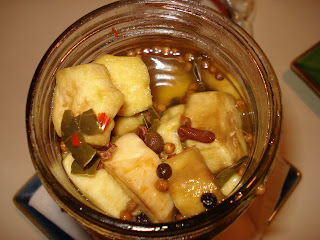 I wasn’t exactly sure what to expect with eggplants, and while they weren’t as crunch as I expected, the pickling spice had imparted a great, oddly sweet flavor.

The eggplant seemed good to me, so I moved on to the next step. 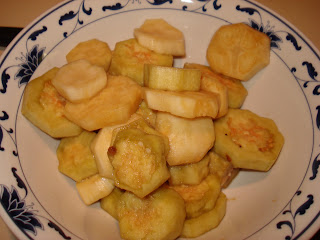 First the eggplants were drained and set aside. 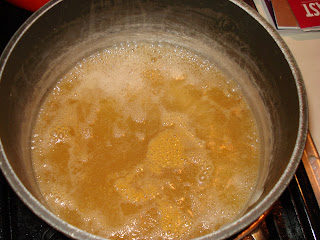 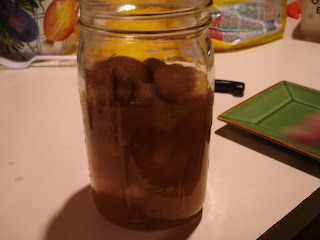 Once cooled, the brine was poured over the eggplant, covered and refrigerated. According to the recipe, these eggplants will now keep indefinitely in the fridge. I’m doubtful of this claim, but I really don’t want to try and test it.

Having a fair of brine left over, I decided to pickle some banana peppers as well. 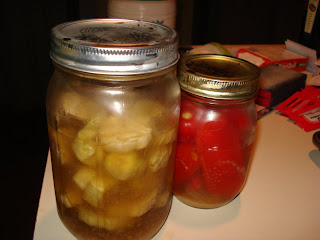 Here are my two jars of pickles a week or so later. 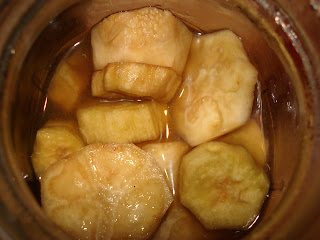 The pickled eggplant looks much the same. 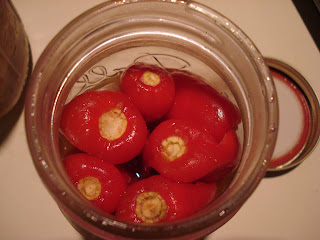 However, these gorgeous banana peppers took to the brine beautifully. While the eggplant had been a little lackluster, the flavor of the peppers had been wonderfully complimented by the brine. So, Ruhlman and Polcyn aren’t off to a bad start with “Charcuterie”.