With a lunch menu featuring a plethora of salads and paninis, the Bon Ami cheese burger does seem a little out of place. Coincidentally, I felt just as out of place. The lunch crowd at Bon Ami really does skew more towards the fairer sex, and the guy looking for a burger sticks out a little bit.

Regardless of the crowd, the service at Bon Ami is not too shabby and in no time at all, I had my order in and a cup of soup at my table. 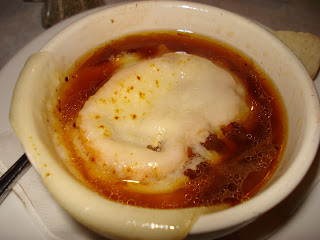 The French onion soup at Bon Ami has a very rich taste to it, but I was surprised at the lack of onions. Another odd feature of the soup was the lack of melted gruyere. Sure the melted mozzarella is a decent choice, but I’ve grown accustomed to gruyere on my French onion soup. So, this is a good example but far from great.

I had been warned it would take a while to prepare the burger, but it seemed like a seamless transition from soup to burger. 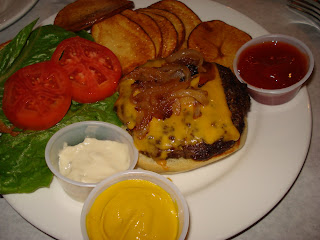 The first thing I noticed is the simple, but pleasant presentation, especially the sliced & fried potatoes. 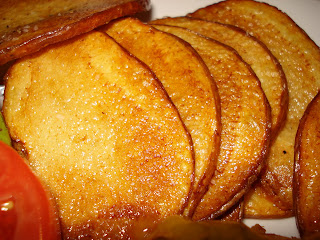 In reality there wasn’t much to the potatoes at all. It really seemed like they were simply sliced, fried, and put on the plate. They weren’t especially crispy, and they were in dire need of seasonings, salt in particular. 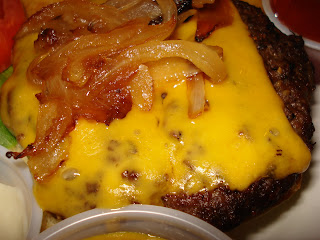 Moving on to the burger, the caramelized onions on top are an immediate plus. However the patty was a little overcooked and just lacking in general. When I bite into a simple burger, I expect the simple beefiness to shine through, there just wasn’t any beef flavor in the Bon Ami burger. Sure, with ketchup, salt, pepper, and mustard, you have plenty to mask the lack of flavor, but they’re all bandaids on a bullet hole. Sure it helps a little, but you’re still in a dire situation.

It may sound like I’m damning Bon Ami for their lackluster burger, but I’m really not too surprised. It really seems to be an odd man out on their menu. There aren’t many options lunch options that are grilled. In fact the burger is the only dish that even features beef. The only reason I came to try the burger is that it came so highly recommended by my friend Nick, but in retrospect it was a bit like going to a Chinese restaurant and judging it solely on the French fries from the buffet. So, I’ll give Bon Ami another try and next time I’ll give them a fair shot.