I suppose the third time is the charm. I’ve been to Cochon Butcher a number of times and written about it twice. However, the last time I was in New Orleans, I finally had the opportunity to eat lunch at Butcher.

One great thing about Butcher is their menu is constantly changing, but that Thursday there was a particularly delicious selection of daily specials. The first to arrive was the duck pastrami sliders. 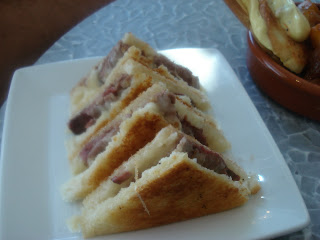 I’ve had duck prosciutto before and it was fantastic, but duck pastrami was a new one to me. 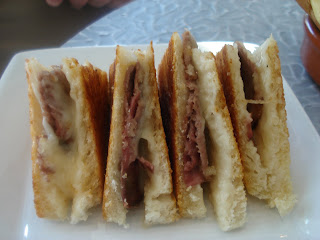 Inside the perfectly crisp bread was a combination of amazing, melted cheese and duck. I was surprised at how subtle the duck flavor was. The pastrami flavors really dominated the sandwich, but in a good way.

The next daily special was another combination of meat and starch. 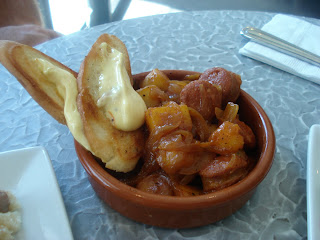 Combining potatoes and sausage might seem a little mundane, but when the potatoes are this well cooked, it all works. Of course, the addition of well caramelized onions and a spicy chorizo really make this dish work very well.

It’s been a while since I enjoyed a good taco, conveniently Butcher had pork tongue tacos as one of their daily specials. 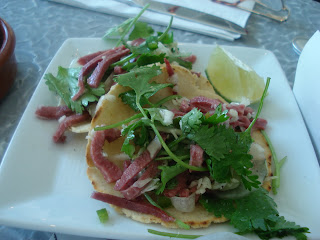 On its own, the tongue was extremely meaty and tasty. When eaten together, the cilantro really dominates the flavor of the taco. I didn’t really see the point of the cabbage in the taco. It doesn’t detract; conversely it doesn’t add anything to the taco either. This was a nice special with a tender, yet firm tongue, but it felt like it was missing something.

I knew I couldn’t have a good review of Butcher without a sandwich. 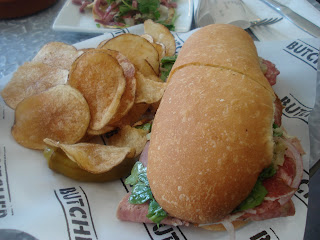 The gambino sandwich is a busy sandwich. Between the two pieces of bread, house made salami cotto, sopressata, and coppa duke it out with a fresh herb vinaigrette. 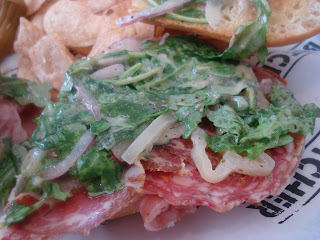 This really seems like your typical cold cut sandwich, a lot like the Italian sub at subway, but the house made meats really take this sandwich to another level. Oddly, it’s the vinaigrette that really steals the show as its bold flavors really mask most of the meats. The soppressata is the only meat that is able to shine through. 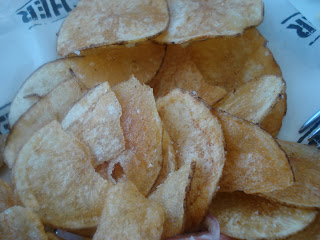 As if the sandwich wasn’t enough, it came with house made chips. These chips really should be illegal. Being perfectly fried and salted, it was senseless to fight. I had to finish every single one of these chips.

It was February when I first wrote about the food at Cochon Butcher. Here, some eight months later, I finally took the time to eat one of their sandwiches. I suppose, I should ask if it was worth the wait? Yes, it was completely worth it. I’m kicking myself for not eating their sandwiches earlier. However, as much as I enjoyed my sandwich, the stars of the menu are the small plates. It’s not everywhere you can have pork tongue tacos and duck pastrami sliders in the same place, but it’s all available at Cochon Butcher.

This is probably just nitpicking, but something tells me that the chips are not house-made. I've seen them open new bags of chips and dump them into containers. The supplier is still a mystery to me though.