Cooking the Book - Jamie at Home:Cook Your Way to the Good Life - Homemade Tomato Ketchup

Ketchup is one of those everyday items that I really don’t pay much attention to. I was raised on Heinz, and I think it’s the best brand of ketchup out there. However, I’ve been interested in making ketchup ever since I read Jeffrey Steingarten’s “It Must Have Been Something I Ate”. I never really had the gumption to try the ancient recipes that he wrote about, but when Jamie Oliver released the book companion to his show “Jamie at Home”, I found a recipe that seemed a little more my style.

I’ll admit, the main reason I wanted to make Oliver’s ketchup was because he wrote about using heirloom tomatoes and making orange and green ketchup. Since my heirlooms are a late season variety, I decided to have a trial run with run of the mill, store bought tomatoes.

The most surprising thing about Oliver’s ketchup is just how many ingredients are in it. 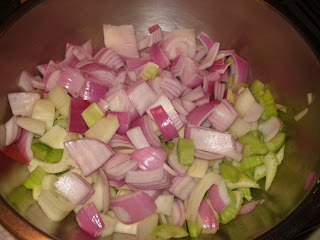 After the veggies were chopped and prepped, I started with the more fragrant ingredients. 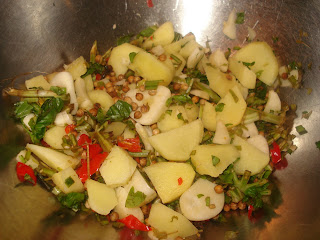 In the bowl are two “thumb-sized” pieces of ginger (peeled and roughly chopped), four cloves of garlic (peeled and sliced), two whole chilis (deseeded and finely chopped), the stalks of my “bunch of basil ( chopped), two tablespoons of coriander seeds, and four cloves. The ingredient that threw me the most was the basil stalks. I halfway knew the stalks were fragrant, but I would have never thought to use them in something like ketchup. Also, those suckers are hard as hell to chop.

With everything measured and chopped, I was ready to start. Unfortunately, it was already 10 pm, and after reading how much reducing and simmering would follow, I put everything on hiatus until the next day.

As soon as I got home from work the next day, I started in on the ketchup. 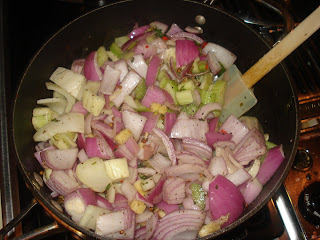 Here the rough chopped pieces and the other veggies are in a saucepan with a good shot of olive oil. After seasoning with salt and pepper, I cooked them until softened. 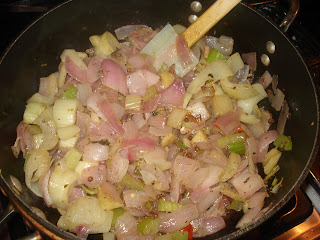 Something like this. In case you haven’t noticed, I have a lot going on here. I was trying to double the recipe to make a quart of ketchup instead of a measly pint.

Now that my veggies were soft, it was time to add my four pounds of chopped tomatoes. 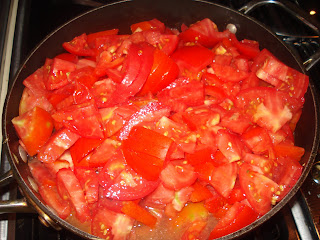 After adding the tomatoes and three cups of water 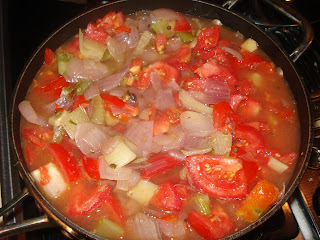 I was looking at a very full pot. I followed the instructions and brought the pot to a boil and then reduced to a simmer. Now it’s just the waiting game.

About two or three hours later, I had a pot of veggies that had reduced nicely. 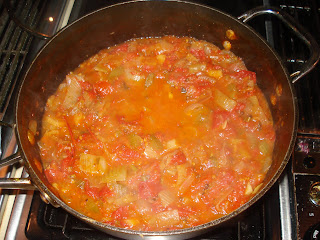 The next step was to get my basil. 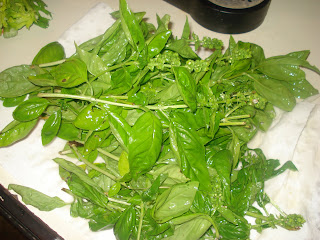 Here ‘s my basil, fresh from the garden the night before. 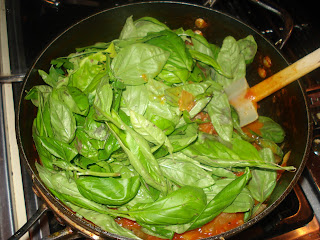 Now all of the bunch’s leaves were added to the pot. 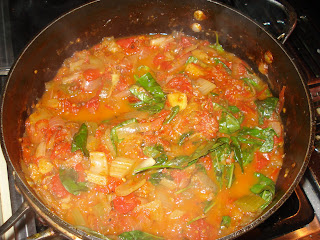 I stirred everything in before I moved on to the hand blender. 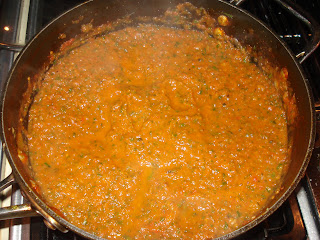 Even though it was a cordless model, my hand blender made quick work of the sauce.

The next step was incredibly tedious. Oliver writes that you should “push it through a sieve twice, to make it smooth and shiny.” Not having a good sieve or a fancy chinois, I made do with a colander. 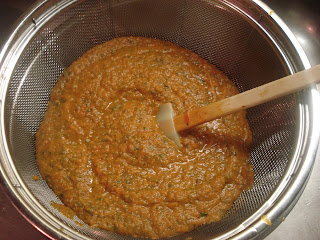 Everything is in the colander. 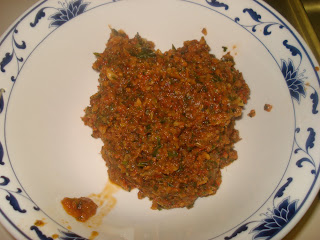 Here are the solids from the first round through. 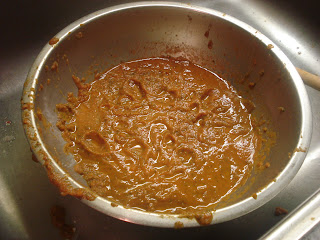 And the resulting goo 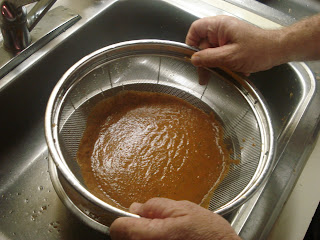 The second time through is much easier 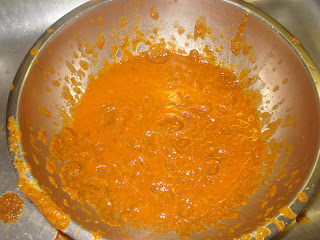 And you do end up with a very smooth and shiny goo, but it’s still a tomato colored goo.

After I had made a huge mess in the sink, I got the sauce back into the pan and added ¾ cup and two tablespoons of red wine vinegar and 1/3 cup brown sugar. 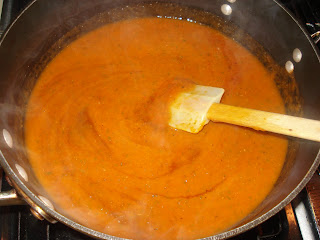 The idea is to now simmer until it reaches “the consistency of tomato ketchup”. After another hour and a half, I had something ketchup like. 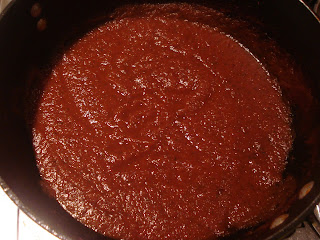 The flash picture gives another look. 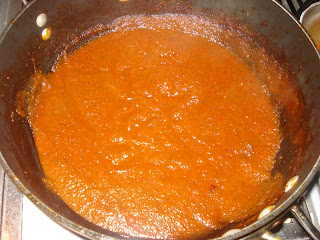 It looks great so far.

The final step is to spoon the ketchup into sterilized jars. I had two pint jars ready and waiting. 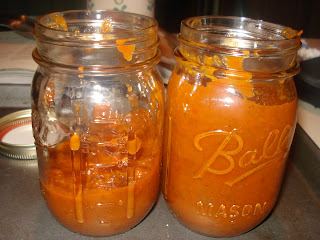 Unfortunately, I could barely fill a single pint jar. 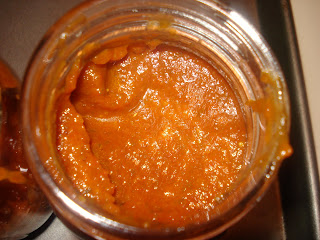 While I was delighted with the slightly tangy taste of the ketchup, I couldn’t help but be disappointed by the end product. It took a whole basket of veggies and four pounds of tomatoes to get one and ¼ jar? In the end I’m glad I tried this recipe, but I’ll save my heirlooms for something else and I’ll leave the ketchup making to the pros.