Another day in New Orleans and time for another investigation into Food Network’s “The Best Thing I Ever Ate”, this time it’s Alexandra Guarnaschelli’s best bbq. I’ll admit, New Orleans is one of the last cities that I’d look for quality bbq, but Guarnaschelli didn’t wax poetic about ribs. Nope, she was salivating over Pascal’s Manale, home of the original b-b-q shrimp.

Once I found some parking off Napolean Avenue, I was inside the restaurant and seated in no time at all. I knew I was going to have the shrimp, but it took a recommendation from the waiter to decide between the turtle soup and the gumbo. 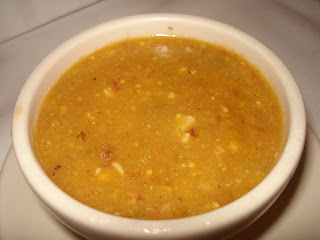 In no time at all, my turtle soup was on the table. I was already impressed by the numerous flecks and pieces of turtle meat. Digging in, it was apparent that there was an abundance of great flavor but there was a slight taste of raw flour on the front end. 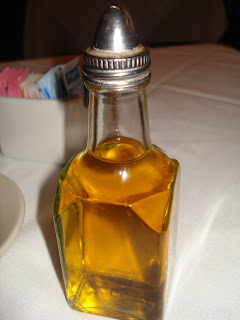 Fortunately, the waiter brought a bottle of sherry that evened everything out. Even with the sherry, I couldn’t help but think that the turtle soup at Commander’s Palace is better.

After the soup was bussed from the table, I was surprised by the waiter appearing with a paper bib. I was even more surprised when he started tying it around my neck. 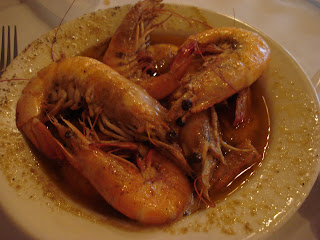 The first thing I noticed is just how big the shrimp are. Sure they only gave me 9 shrimp, but look at the size of these things. 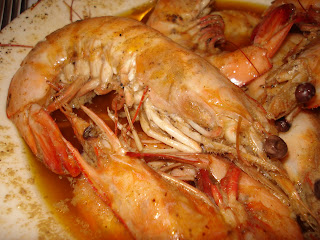 When I was finished savoring the pre-dining moment, I went straight for the biggest, top shrimp. Wow, these shrimp were boiling hot and extremely hard to handle. 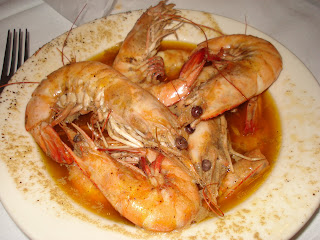 With the peeling done, I finally got to taste the original b-b-q shrimp. The sauce was completely buttery and packed with pepper. Oddly, when I decided to dip a piece of french bread in the sauce, the first thing I tasted was the overwhelming flavor of shrimp and after that loads of black & cayenne pepper. The shrimp carry over the same rich, peppery flavor and they really were juicy and delicious.

Before I go to a restaurant, I always take a look at yelp and see what dishes people try and a unanimous favorite was the bread pudding. 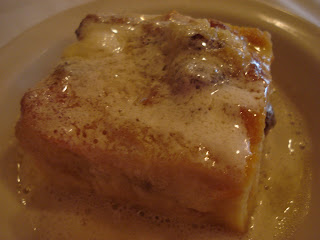 I didn’t really know what to expect when my waiter brought out the pudding and it was looked decadent. 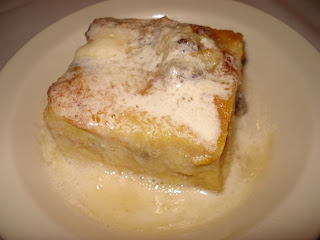 Looks can be deceiving, but not in this case, the bread pudding was just as hot, sweet, and delicious as it looks. 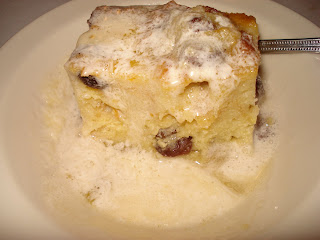 Rich and floating in butter, cream, and sugar, this really was an excellent dessert. Although, I had the sneaking suspicion that there was an entire stick of butter in the bowl, and as a result it was just too much to finish.

All tv shows aside, I was glad to have paid a visit to Pascal’s Manale. If it really is the home of the original b-b-q shrimp, I can see how their simple version of the dish can really be the base for all subsequent interpretations. Would I say this is my favorite bbq like Alexandra Guarnaschelli? No. Would I say this is my favorite bbq shrimp? Probably not. Regardless, the shrimp were a delightful dish and the bread pudding really was out of this world.

I AGREE! THE BREAD PUDDING IS DECADENT!!
IT'S THE FABULOUS BREAD. I WANT MORE!!