It’s been a month or so since I had dinner at Le Bernardin. During that time, I made sure to pick up a copy of Eric Ripert’s “A Return to Cooking”. Like his restaurant, his book is sleek, highly impressive, and a little intimidating.

I figured the best way to start cooking from this book would be to start small. An easy dish that caught my eye was the black pepper and cognac shrimp. With only 10 minutes of prep and 10 minutes of cook time, how hard could it be?

This dish wouldn’t worth a damn without good shrimp, so it was up to Paul Anthony’s to source me two pounds of high quality shrimp. 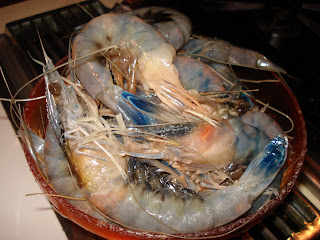 Unfortunately, Paul Anthony’s only had a pound of these shrimp. Still, I think a pound of Hawaiian blue prawns fit the bill quite nicely. It just means there will be a little extra sauce. 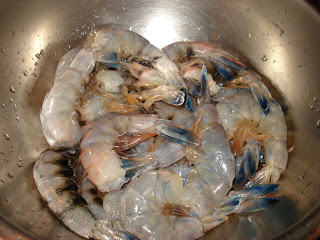 Before anything else, I made sure to remove the heads and devein these shrimps. 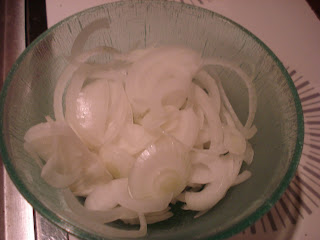 And got my mixture of black pepper and thyme ready. 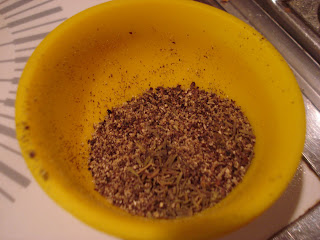 I know the recipe calls for 3 thyme sprigs, but it was getting late and I wanted to eat shrimp. So I substituted between ½ and ¾ teaspoon of dried thyme.

Starting with a large sauté pan over medium- high heat, I added my onions to 2 tablespoons of canola oil. 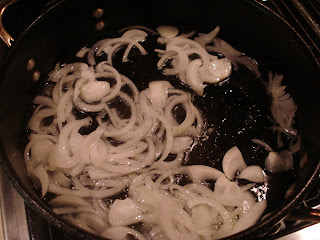 It took about 5 minutes to cook them until they were translucent. 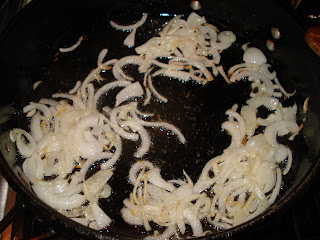 Don’t forget to salt to taste.


Next, in went the shrimp, pepper, and thyme. 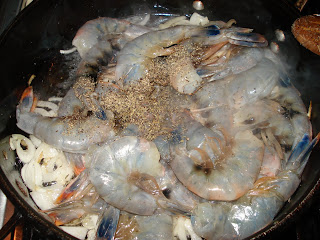 Ripert writes that the shrimp need to be cooked until they are bright orange, about 2 minutes, give or take. As is the case with all shrimp, be careful about overcooking. 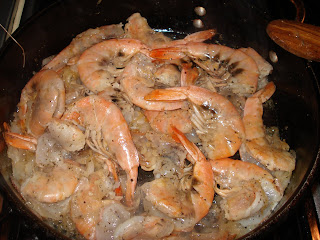 Now for the exciting part, the next step calls for ½ cup of cognac to be added and then lit. 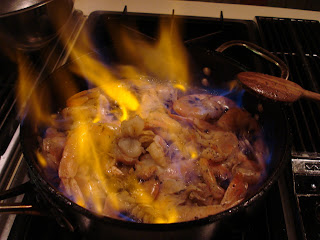 I never realized how hard it is to photograph a flaming sauté pan. 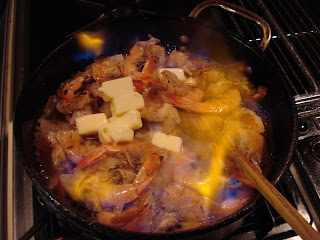 While everything was still on fire, I added a 8 tablespoons of butter that had been cut into 1 inch chunks.


Stirring until everything was incorporated, the shrimp turned out just like Ripert said. 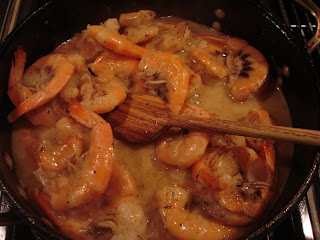 However, there was one last step. 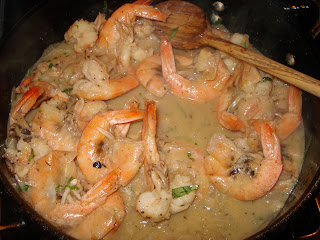 As a final touch, 1 tablespoon of chopped tarragon is added to the pot, along with a the juice of a freshly squeezed lemon. 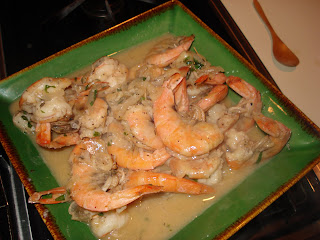 Per his instructions, I immediately served the shrimp with a few pieces of crusty French bread. How did it taste? Exactly like shrimp cooked in cognac and butter would taste, decadent. I do think the cognac wouldn’t have been as prominent if I had used a full 2 pounds of shrimp, but it was a minor problem. I like an auspicious beginning to a cookbook and this first Ripert recipe has me chomping at the bit to try another.

You approve of "A Return to Cooking"? I nearly bought it the other day. Damn those shrimp look sexy. I wish I could get decent seafood in College Station. I am forced to go to Houston when the craving strikes.