To start, I had to make a guess on the type of potatoes. Mrs. Child writes about a small oval, yellow fleshed potato called “pommes de terre de Hollande”. I rationalized that was pretty close to a gold potato. 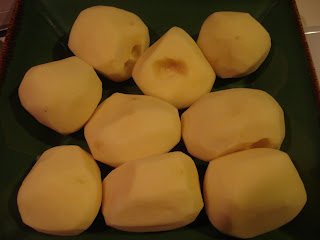 So here are 2 pounds of gold potatoes peeled and waiting.

It was the next step that threw me. Mrs. Child calls for you to cut the potatoes into elongated olive shapes that are 2 to 2 ½ inches long and 1 to 1 ¼ inches at the widest. 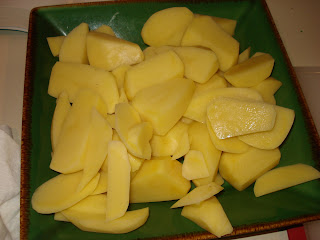 Not really knowing how to cut a potato like that, I started hacking away. 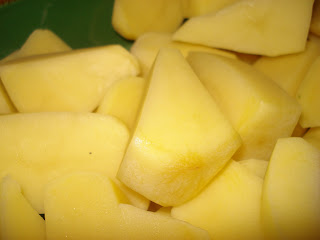 I did end up with some pieces that looked a little like olives, if you squint.

Anyway, with the potatoes cut, it was time to move onto the pan. 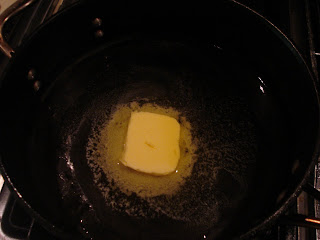 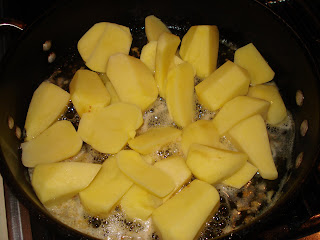 With everything over medium high heat and the butter having stopped foaming, the idea is introduce the potatoes and let them sear for a 2 minutes on each side. 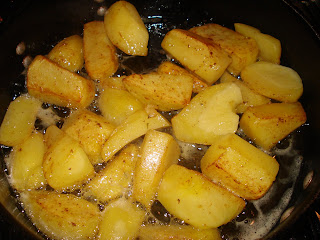 Hopefully, you’ll end up with some nice color. Every couple minutes, I gave the pan a shake to give every side a chance to brown.

With everything nicely browned, I added a ¼ teaspoon of salt 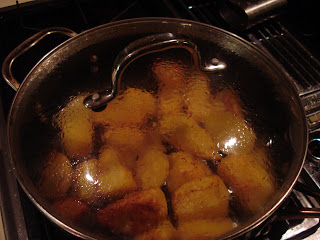 Lowered the heat, covered and cooked the potatoes for 15 minutes. Mrs. Child calls for you to shake the pan every 3 to 4 minutes to prevent sticking.

15 minutes later, I had potatoes that were easily pierced by a knife. 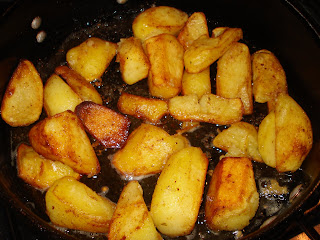 Now it’s time for the best part. I poured off the fat from the pan, and set about making the sauce. 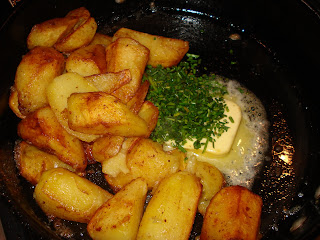 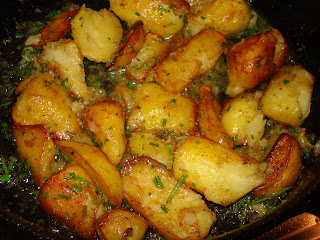 Sure it looks a little messy, but once you take the first bite, you won’t care. Odd as it sounds, the first thing I thought of was sour cream and onion Pringles, except a million times better. Needless to say the potatoes were a hit and I’ve already made them 3 times more.