This is a three for one special, all thanks to Paul Anthony’s butcher shop. After picking up some dynamite lump crabmeat from Paul Anthony’s, I needed a good crab cake recipe. I checked my shelves for the usual suspects and settled on the recipe from the Commander’s Kitchen cookbook. For those that have been living under a rock for the past century, the Commander’s Palace is a institution and they know their way around seafood. 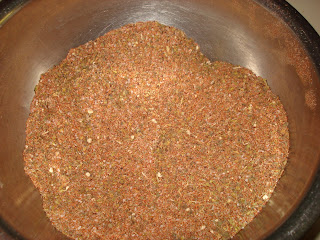 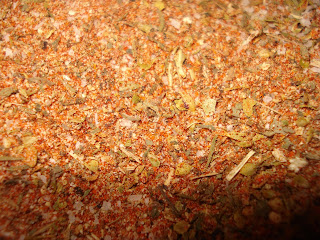 Of course, looks can be deceiving, as this seasoning had some kick, probably from the fair amount of cayenne.

The crab cakes also called for mayonnaise, and the recipe does say that homemade would be better, so homemade it is. 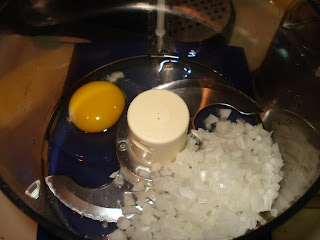 With my trusty food processor ready, I started with 1 medium egg, 2 tablespoons of lemon juice and ½ medium white onion, diced. 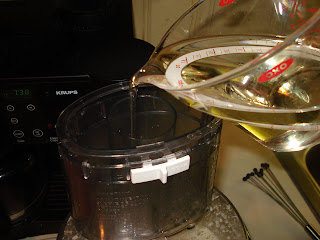 With the motor running, I slowly poured in half of the 2 ¼ cup canola oil. 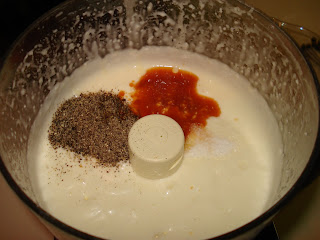 It was then time to add salt and pepper to taste as well as 1 ½ teaspoons of hot sauce. After scrapping the sides of the bowl, the top was put back on, the motor turned on and the rest of the oil was slowly added. After a adjusting the salt and pepper to taste, I had my Creole mayonnaise ready.

With everything ready, it was time to move forward to the crab cakes. While the recipe is actually called jumbo lump crabcakes with sweet corn and jalapeno, I was more interested in the crab cakes than sweet corn. 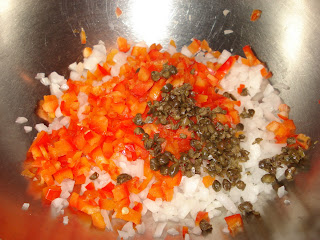 Starting off the recipe was ½ large red bell pepper in a small dice. Next was supposed to be 1 small red onion in a small dice, unfortunately, I couldn’t find a red onion that day. So a white onion would have to do. The third ingredient pictured is 2 teaspoons of capers that have been drained and coarsely chopped. 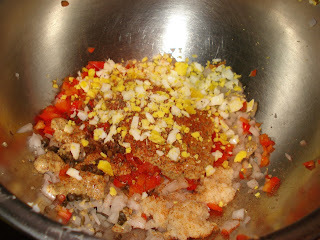 From there it was 1/3 cup of Creole mustard, ½ of a medium hard cooked egg, diced small, 1 teaspoon of prepared horseradish, 1 teaspoon of the Creole seafood seasoning, and 2 tablespoons of butter. 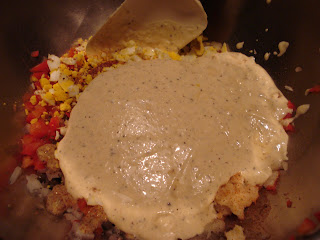 After that it was time for 2/3 cup of the homemade Creole mayonnaise. 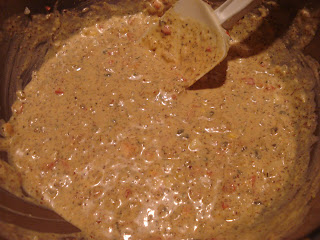 Everything was mixed well in preparation for the crab.

One pound of delicious, jumbo, lump crabmeat was exactly the right amount for this recipe. 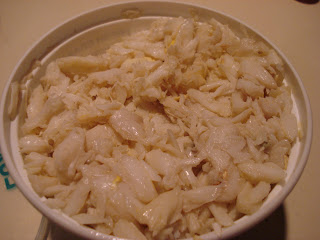 After making sure there weren’t any shell pieces, I added the crab meat to the mixture. 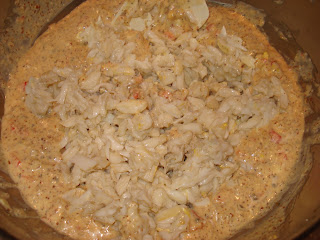 The idea is to incorporate the crabmeat but not break any of the pieces. 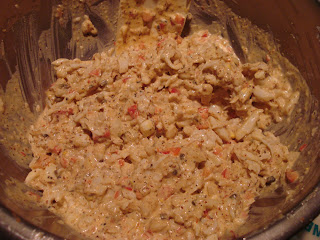 Everything was looking great. 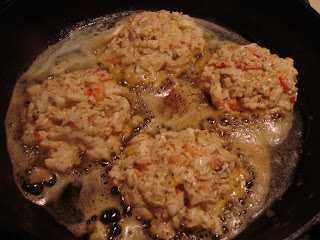 The recipe called for the crab cakes to be cooked in metal rings or cookie cutters, but I thought I knew better. I had my cast iron skillet on medium and the 1 tablespoon of butter was melted. It was all going splendidly until I tried to flip them. 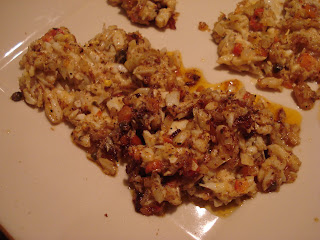 Needless to say it was a disaster. Actually, it was only a disaster in appearance, as the crab cake mixture was absolutely delicious. All of the various flavors were working in perfect harmony to show off the crab.

Not having any rings or metal cookie cutters that weren’t in the shape of reindeer, I immediately began to think of ways to use the crab cake mixture. Luckily, Paul Anthony’s had a whole flounder on order for me for later that week.

Unfortunately, there aren’t any pictures, but it was a masterpiece. I ended up filleting the flounder and stuffing it with crab cake mix. There’s a moral to this story, actually a few morals. Firstly, when you’re trying out a new recipe, stick to the instructions, go and buy rings if the recipe calls for rings. Second, more often than not, if you try, it will work out somehow.