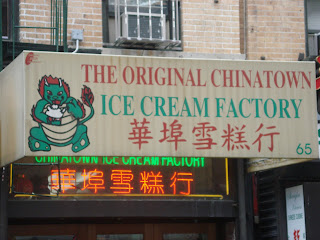 With dim sum being such a big disappointment, I ended up wandering around Chinatown aimlessly. After a few minutes of fighting the crowds, I remembered that there was a great ice cream place in Chinatown. A few google searches later, I found the address for the Original Chinatown Ice Cream Factory and began walking in that direction. 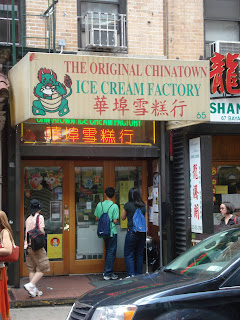 It’s not much to look out from the outside, but then there aren’t many glitz places in Chinatown.

Once I was inside, I got a look at the menu. 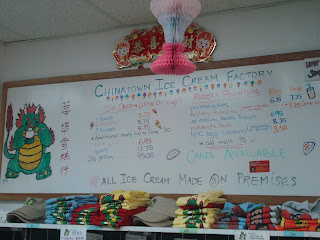 Things haven’t changed much in the few years that I’ve been, but I always laugh at their list of flavors. 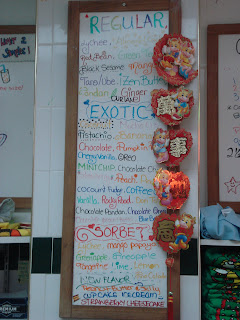 I love that at the Chinatown Ice Cream Factory flavors like taro, green tea, ginger, and lychee are considered the regular flavors.

After a few internal deliberation, I settled on a cup with two flavors. 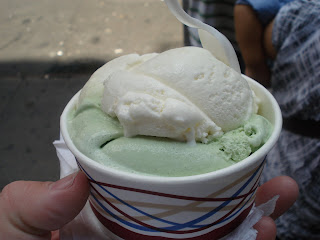 Sure green tea and ginger may not be the most adventurous flavor combination, but it is a delicious one. The green tea ice cream was outstanding if only because it didn’t have that odd powdery taste that so many other green tea ice creams have. The ginger was just as tasty and offered a bold contrast to the subtle green tea.

Even though I had left Jing Fong in frustration, I was glad I had gone to Chinatown. The delicious cup of ice cream more than made up for the lackluster dumplings.

who wrote this? i would like to know this person's first and last name. thanks