Slowly but surely, I’m making my rounds of the downtown Jackson icons. Next up is the Mayflower Café, a part of the Jackson landscape since the mid 1930’s. Known for fresh seafood, you should have no problem finding the Mayflower Cafe as its neon light up Capitol Street. 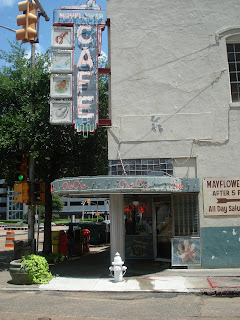 Unfortunately, they look pretty derelict during the daylight hours.

It’s been a while since I paid a visit to the Mayflower, mainly due to a number of incidents involving added tips on my bill, but it’s a new day. 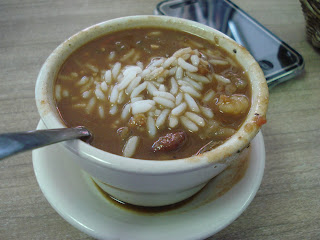 The first thing I order is the seafood gumbo. I love trying different gumbos and the gumbo at the Mayflower had promise. At first glance, it had a rich, dark color and a fair amount of rice and shrimp. However, once I actually tasted the gumbo, I was disappointed by the lack of depth in the flavor. There were strangely large chunks of green bell pepper and okra, and tiny pieces of odd sausage. It wasn’t andouille, I know that much. After digging through the bowl, I couldn’t find anything besides shrimp. I figured there would be a token crab claw or piece of fish, but nothing. Still, there was a nice bit of residual cayenne heat, but overall it wasn’t really that great an example of gumbo.


As part of my entrée, I was brought a house salad. 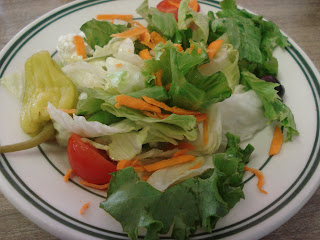 There’s too special about the salad, sure there were a few olives and nice chunk of feta cheese, but the real feature is the house comeback dressing. 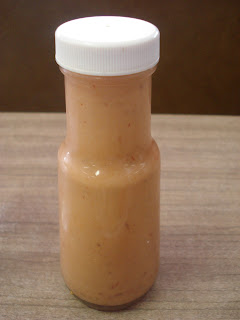 Like The Elite down the way, the Mayflower is known for their comeback, and one I poured a little on the salad, it all came together. 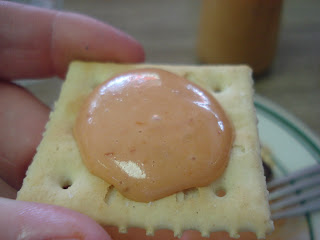 While the salad is good, the best way to enjoy the comeback is over crackers. This way you can really appreciate just how thick, spicy, and delicious this mayo based dressing really is.

Before I could fill up on comeback and crackers, the waitress arrived with my entrée. 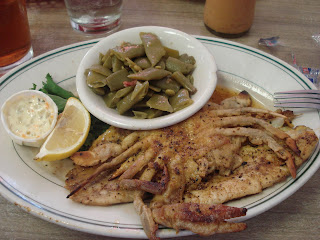 The redfish Orleans is simply a redfish fillet with a sautéed soft shell crab. To make things more enticing, both are soaking in a liberal amount of the Mayflower’s seafood sauce. 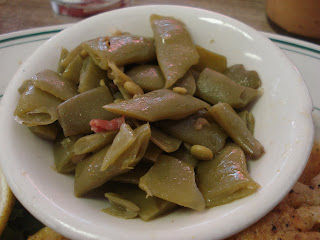 Instead of a baked potato or French fries, I went with one of the daily vegetables. I loved the little flecks of pork in the green beans, but I was put off the odd taste and texture of the beans. Also, there was a surprising lack of pork flavor, even with the chunks of pork that littered the bowl. 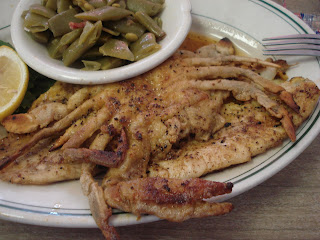 More important than the green beans was the seafood, and the soft shell was pan fried, crispy and really soaking up that seafood sauce. Needless to say it was delicious, although the crab was a little on the small side. 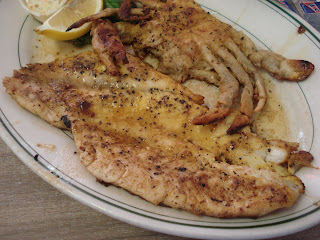 Before enjoying the redfish, I tried to figure out what was in the seafood sauce. My best guess is a mixture of oil, butter, lemon and Worcestershire sauce. Anyway, the redfish was an extremely well cooked piece of fish. With crisp edges and a crisp interior, the only real downside to this dish was it had taken on a little too much lemon flavor of the seafood sauce.

It was nice to be back at the Mayflower Café as it really is one of the better choices for seafood in Jackson. In addition to well prepared dishes, the wait staff was friendly, prompt, and made for a quick and easy lunch. Thankfully there wasn’t any tampering with the tip line of my credit card. It looks like Mayflower might just be back in my rotation of Jackson lunch spots.

Once again, Cynical Chef is disappointed by gumbo - a recurring theme in his reviews, and rightfully so. (If anybody cares - my favorite gumbo in Jackson is Hal & Mals.)

My suggestion for your next visit to Mayflower: the crab bisque. Hopefully they will have a fresh-cooked batch. If it's not fresh, don't order it, because they may try to doctor it up by adding more heavy cream, which ruins it. Their crab cakes rock, too! In fact, crab bisque and crab cakes for dinner is a fantastic combo.

Patrons can brown-bag, which is always a plus.

As for their broiled seafood dishes: Their signature sauce tastes like a blend of something oily (maybe butter?) and Worchestershire sauce. Not my favorite - and your seafood will be swimming in it!