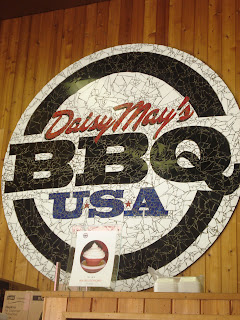 Food Network can be a cruel mistress. Sure I started watching years ago when it was actually cooking shows. Now it’s one cookie cutter drama series after another. However, there isn’t much else better to watch, so it’s usually on in the background.

While enjoying a great batch of crawfish, I turned on a show called “The Best Thing I Ever Ate”, and I was intrigued. It just so happened that I was watching the episode about bbq and Michael Simon was going on and on about the beef rib at a place called Daisy May’s BBQ in New York. Seeing as I was heading to New York that week, I knew I had to try it.

After a cab ride from Chinatown, I walked into Daisy May’s and jumped right in line. 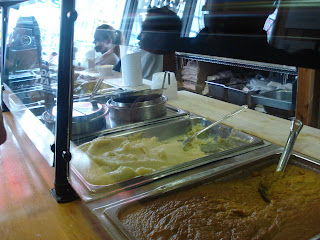 I’ll commend them for having a wide variety of “fixin’s”. 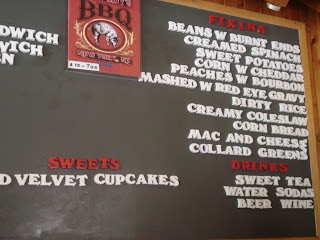 Baked beans, creamed spinach, mashed potatoes, Cajun rice, sweet potatoes, bourbon peaches, mac & cheese, they seemed to have every side (plus a few others) you could imagine at your favorite bbq place 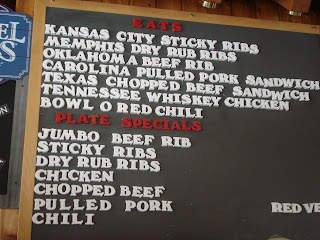 They even had a wide variety of meat choices, but I was here for one reason: the beef rib.

During his segment, Simon said eating the giant beef rib was a primal, caveman experience. There’s no need for knife and fork, he suggested you take the rib in your hands and get the full carnal experience. 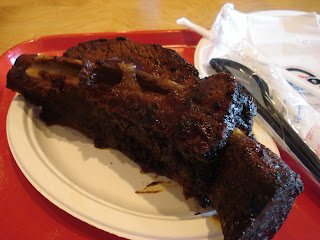 I have to admit, the beef rib is anything but small. Oddly they called it an Oklahoma jumbo beef rib. I know that certain parts of the country are known for specific bbq, but Oklahoma beef rib is a new one to me.

Anyway, back to the beef. 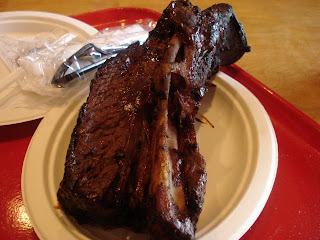 I spent a few seconds trying to figure out the best way to eat this monstrosity. Sure I could go for the full Michael Simon method and dig in like Fred Flinstone, but I decided to show a little restraint. 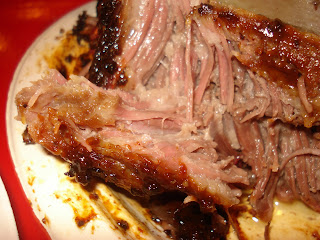 The rib was tender, there is no argument there. There was no need for a knife as I stripped the whole rib clean with a fork. Mostly importantly, how did it taste? There was a certain complexity to this rib. Instead of the full flavor of the beef, my senses were lost in a myriad of other flavors that seemed completely out of place in a plate of bbq.

I was disappointed; there had been so much hype to this place. If you look on their website, Oprah says this was her favorite brisket, and there are numerous accolades and rave reviews, mostly from places that have no business in bbq.

After doing a little digging on the site, I read that the chef, Adam Perry Lang, was a New York native and had worked in a number of high end French restaurants; places like Le Cirque, Daniel and Le Chanterelle. All very impressive, and it said that Lang has now turned his sights to barbeque and steakhouses. I’m sure his steakhouse is amazing, but I think he tries too hard at bbq.

Daisy May’s tries to be all things to all men in the world of bbq. This often happens when bbq is not a native cuisine. Sure it’s great that they try to offer Memphis, Texas, and Carolina style, but instead of them all being great, it arrives on your plate as mediocre. 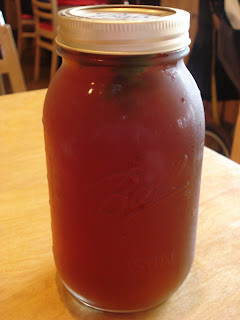 That being said, they do make a pretty tasty sweet tea. However it’s too little too late.

I think my old friend Stephen Commiskey put it best “best bbq in New York is a lot like best bagels in Mississippi.” Needless to say, I won’t be taking anymore bbq tips from a chef from Cleveland.