I’ll admit it. I do not look forward to driving through northern Louisiana. Give me the southern half of the state any day of the week, but last week I was on my way to Dallas and I needed something for lunch. Thankfully I knew just the place.

Maybe I’ve been unfair to north Louisiana because the majority of my hate is directed towards our company software provider, which just happens to be headquartered in Bossier City. A byproduct of my employer’s partnership with this company is that Sam and I have paid many a visit to Shreveport. During one of our trips to Shreveport, we were in need of a lunch spot and through a fair amount of web searching; Sam found a Mediterranean place in the middle of Shreveport: Mona’s Café.

I was lucky to have been to Mona’s once before because their sign had disappeared, and I would have been lost otherwise. Walking into the restaurant, we were shown a table by the upbeat hostess/waitress, and we soon had our order in.

A nice feature at Mona’s is the petite Mediterranean market, and while I was browsing the shelves our appetizers began to arrive. 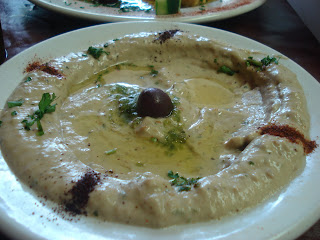 Presentation at Mediterranean/ Arabic restaurants seems to be pretty homogenous, and the baba ganuj at Mona’s looked as appealing as ever. The first dip of the pita bread revealed the smooth texture that was overflowing with the sesame taste of tahini.

Second in our trio of appetizers was the fried haloumi cheese. 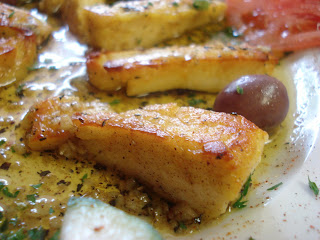 I was immediately bowled over the smell of garlic from this dish, and I loved every second of it. The first bite was just as garlicky as the smell, and the cheese was perfectly cooked. Often times, I’ll order the haloumi cheese and get a few strips that grate against my teeth, this wasn’t the case at Mona’s. There was only one problem. We quickly used our entire basket of pita bread sopping up the oil, garlic, and parsley sauce that came with the cheese.

While we should have stopped with the haloumi cheese and baba ganuj, I, as usual, lacked any self control, and had ordered the falafel with the rest of the appetizers. 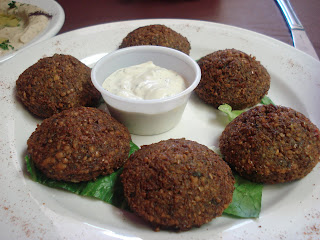 Like the haloumi cheese, this falafel was the epitome of delicious. A crispy exterior concealed a delightfully moist and tender interior, and as an extra treat the whole falafel was well complimented by the accompanying yogurt sauce.

As soon as I saw the shwarma sandwich on the menu, I knew I had to try it out. 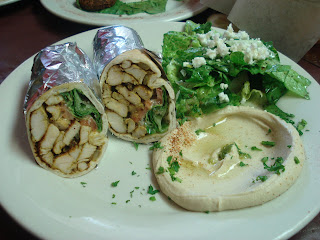 I love it when shwarma sandwiches are cut this way, you can see how well wrapped it is. 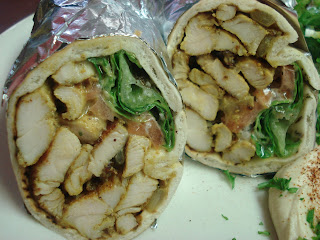 I soon found out that the chicken shwarma sandwich was on par with everything else at Mona’s as the chicken was extremely moist and bursting with flavor. 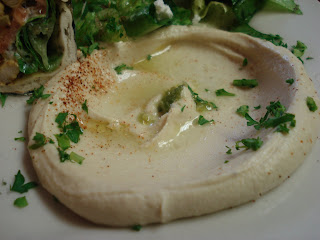 Mona’s Café also makes a solid hummus. Pungent, but in a pleasant way, the house hummus at Mona’s carries a very earthy flavor that balances well with the creamy flavor of the chicken shwarma sandwich.

Just like my first time at Mona’s, this visit was a real delight. It’s a shame I don’t get the opportunity to eat at Mona’s more often. I’ve never had a subpar dish there, but as they say absence makes the heart grow fonder. Besides, the fewer times I have to visit our software company the better.

I am really good to know about this meatballs, they are so delicious and I really like to find at home more than served, in my stomach. Buy Viagra Viagra