The Perfect Bratwurst as Demonstrated by the Silver Fox

We were lucky to have an addition to the Indy 500 crew this year: my good buddy, Bill. Being a courteous guest, Bill brought a few bratwursts to cook for race weekend.

Hoping to learn the way to cook brats, I thought I’d take a few pictures of the process. 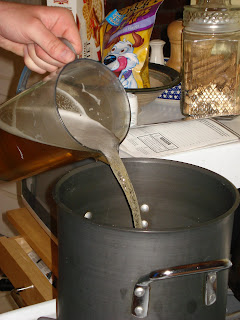 Oddly enough, the process begins on the stove. Starting with a deep pot, Bill filled the pot with mixture of half beer and half water. In this instance, he used a pitcher of Coors light keg beer, but we threw in a bottle of Smithwicks for extra flavor.

Next, onions are roughly sliced and thrown into the pot of beer 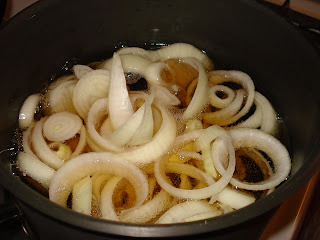 Bill commented that he liked to use Vidalia onions if they’re available, just to get a little extra sweetness, but Vidalias hadn’t made it up to Wisconsin by Memorial Day.

The next ingredient was a real surprise to me. 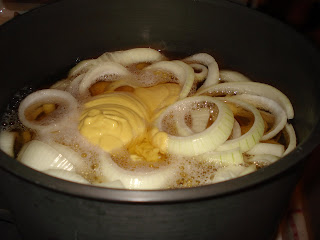 After a quick stir, the pot was brought to a boil and was ready for the bratwursts. 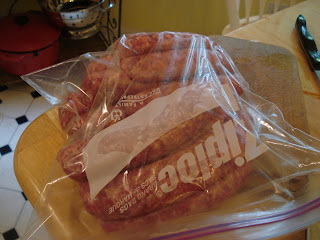 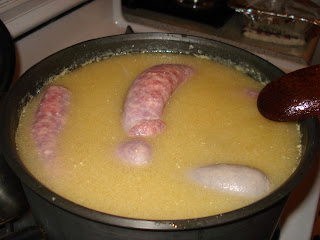 With everything in the pot, it was brought back to a boil, and I went outside to get the grill ready.

A few minutes later, the brats were mostly cooked 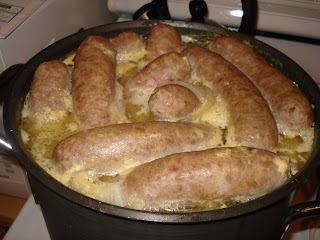 And ready for the next stage of the process. 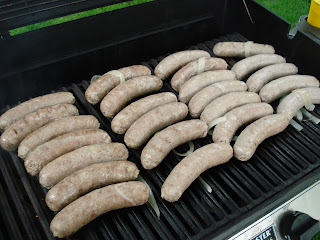 The idea isn’t to really cook the brats, but just to give them a little bit of color.

That looks about right.

While the brats were getting some color on the grill, I put the pot back on the stove, and per Bill’s instructions, brought it back to a boil. The idea is to boil off any bit of the raw pork, and with a clean pot you can do this: 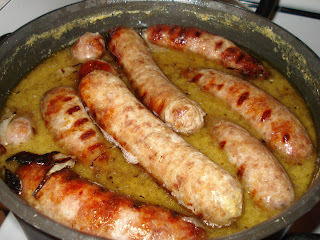 Now you can leave the pot on low, and have hot, delicious, beer boiled brats any time of the day.

Being an impatient man, I decided to try one right away. Dressed with a little mustard and some of the onions, you’ll have a hard time finding a better bratwurst. From now on, thanks to Bill, I’ll have a little Milwaukee expertise when it comes to cooking a fine bratwurst.

That boy from Milwaukee must have learned from someone who definitely knows how to good up a great brat.