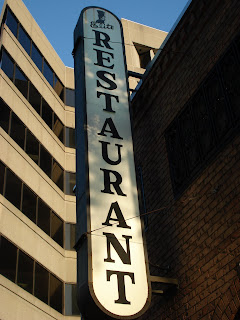 Downtown Jackson suffers the same fate as many cities, after 5pm the streets roll up till the morning. This makes finding a pre-show dinner a bit of a challenge. Luckily, the Elite on Capitol Street is open and ready to please.

A feature of downtown Jackson for more than 60 years, the Elite is a part of that small group of Greek owned and operated restaurants that dominate the Jackson restaurant scene.

With that little bit of background, I was quickly shown to a table, and got my first look at one of the Elite’s trademarks. 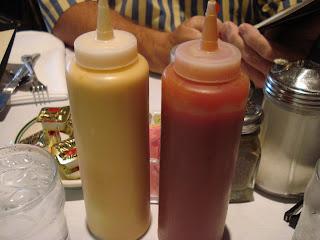 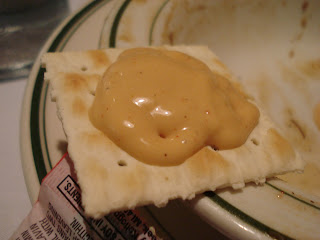 Best eaten drizzled over a cracker, this stellar combination of spiced up mayo & saltines has been known to ruin the appetite of many a diner.

Thankfully I was only able to munch on a few cracker & comeback combos before my appetizer arrived. 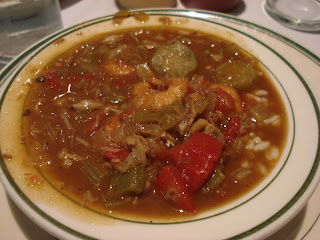 I figured it couldn’t hurt to try the house gumbo, and at first glance it looks excellent. Full of okra and tomatoes, I was quickly disappointed when I found that it lacked the dark roux flavor that is the foundation of all good gumbos. It was all downhill from there; the shrimp had been frozen too long and were a little mushy, not to mention the crab seemed to have been thrown in as an afterthought.

After complaining to myself about the lack of service and a perpetually empty water glass, our entrees began to arrive. 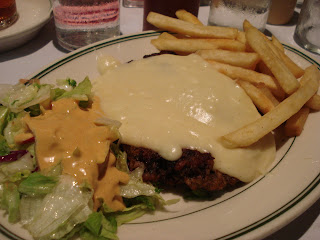 Like the comeback, the Elite is known for the veal cutlet. Served pan fried and covered in cream sauce with a side of salad and French fries, it looks like an great dinner plate. However, I soon noticed that the veal cutlet was tough and hard to cut with the dull dinner knives. In addition to toughness, it lacked any real flavor and was generally a sub-par cut of meat, something that is easily obscured by the unctuous cream sauce.

Luckily, I was able to sneak a piece of the house fried chicken. 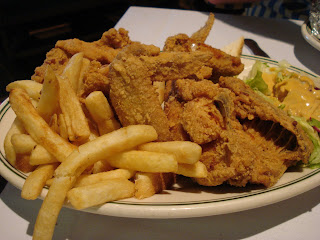 Served, in this instance, with all white meat, this fried chicken takes a half hour to arrive, but is worth the wait. A crisp and delicious skin covers an exceptionally juicy and flavorful meat. It may not be the healthiest meal, but neither is a cutlet covered in gravy.

With the entrees come the last of the Elite trademark’s, the yeast rolls. 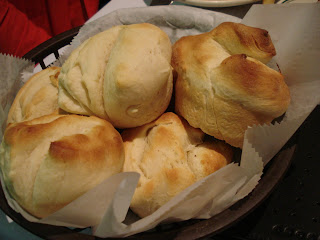 Ever since the death of Mr. Zouboukos, the flavor has gone a little downhill, but these are still excellent yeast rolls, and are sublime with a little butter.

The prices may have risen and the service slightly declined, but the Elite has a solid hold on the restaurant scene in downtown Jackson. It carries a sense of nostalgia for many people, and people of any age will recall their first time at the Elite. Personally, after the death of Mr. & Mrs. Zouboukos, I prefer to be a patron of Anthony Z’s in Madison, if only he had the fried chicken.