Early May is an odd time of year. Sure the weather is nice, but soon enough it will be summer and boiling outside. Summer sports are subpar as well. I’m sure I’ll be argued into the ground about the purity of baseball, but fall and football is where it’s at. Thankfully, May does bring the season for soft shell crabs.

As I’ve said many times before, Paul Anthony’s is my go to market and soft shell crabs are no exception. 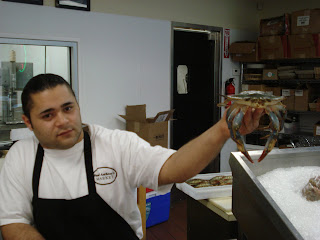 Here Angel, your friendly neighborhood butcher, is holding up one of Paul Anthony’s soft shells. In case you’re unaware, that is a massive soft shell, and Paul Anthony’s is the only place in where you can buy them live.

I decided to take a pan of them home for Mother’s day weekend. 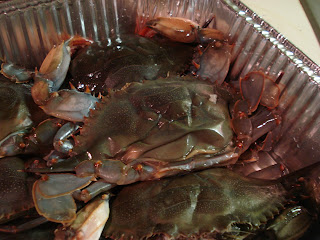 Unable to wait until Sunday, I decided to fry up a couple for me and my mother. 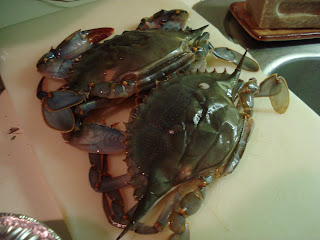 After quickly whipping making an egg wash, I started cleaning the crabs. 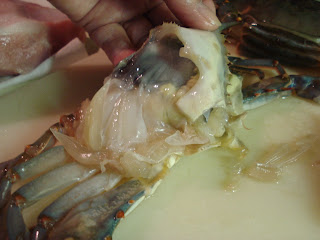 You can use a pair of kitchen shears to cut off the face, but I just used a kitchen knife. After that, I made sure to remove the gills or dead man’s fingers.

Immediately after a quick dunk in the egg, I floured the crabs and put them in a waiting pan of hot vegetable oil. 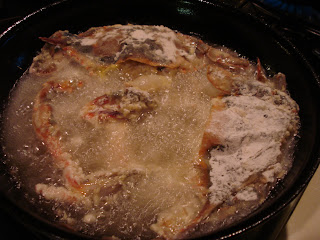 Soon, they began to take on that familiar color. 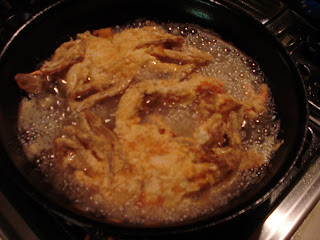 Few people can resist a golden brown like that.

A few minutes later, I pulled the crabs out of the oil and let them drain. 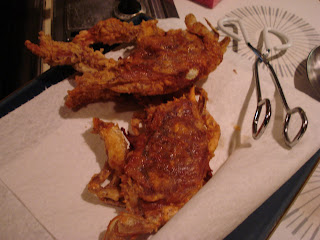 I quickly claimed one for myself. 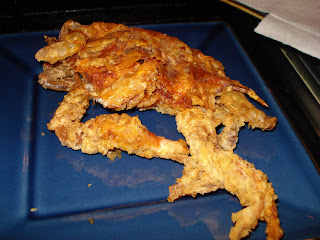 Wonderfully crisp appendages extended from a delicious and moist body. I personally enjoy the crabs with a mixture of ketchup, rooster sauce, and soy sauce, but I’m a bit of an odd nut. Either way, there are few things better in May than soft shells.