Summer may not officially begin until June 21st, but here in the , it’s been summer weather for weeks. With the onslaught of long, sunny days, I couldn’t think of a better thing to do than start to bbq.

A butt seemed like a good way to kick off the season, and as usual, Paul Anthony’s was more than able to help me out. 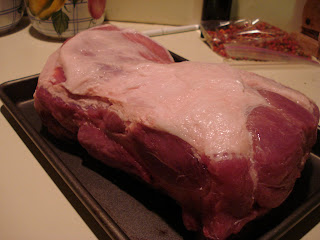 Starting with a fresh, never frozen, butt, the obvious next step was to work up a rub. Luckily, Aaron had made me a copy of his all purpose rub. 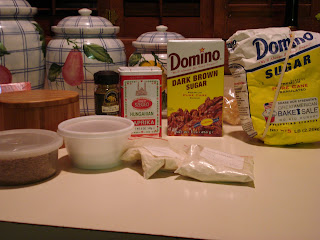 With all the ingredients and my spice grinder ready, I soon had a batch mixed up and ready to go. 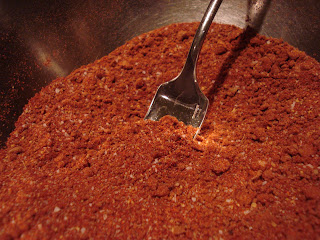 There really isn’t a clean way to apply a rub, so I just dove in headfirst. 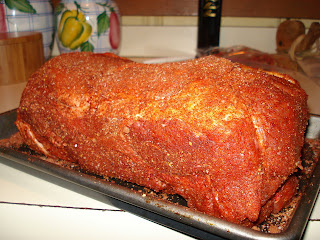 Once every square inch of the butt was covered in rub, I put everything in the fridge and eagerly waited for the next day.

Early Sunday morning, I got my big green egg ready for the butt. 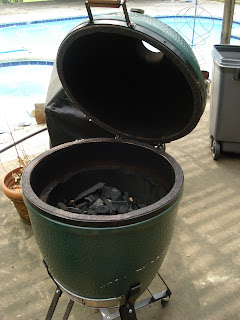 Making sure to have a good amount of cherry chips spaced throughout the hardwood charcoal, 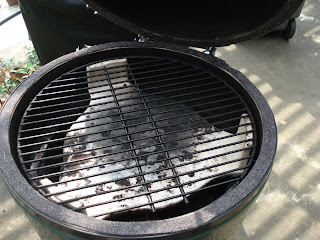 I soon had the place setter and grill on the egg and my fire started. 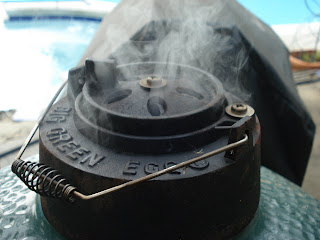 With cherry smoke wafting out of the egg, I went inside to grab my butt. 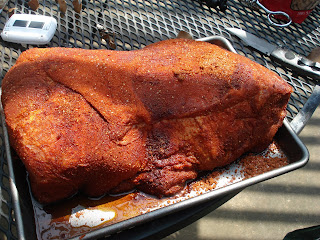 The shoulder had been sitting out for an hour, and was ready for the egg. 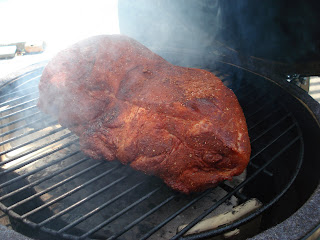 Once on the egg, I made sure the vents were open just enough and the egg was maintaining a steady temperature, and then went inside to start work on my bakewise biscuits.

About 8 hours later, I was surprised to see my butt had already reached 195 degrees. Maybe I lost track of time, but I wasn’t expecting this to reach that temperature until 10 pm. 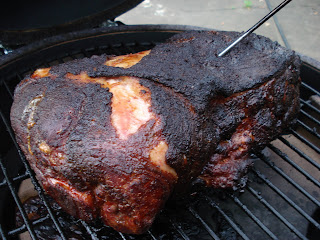 Regardless, I opened the lid and was extremely pleased with what I saw.

With my foil lined pan waiting, I got the pork shoulder off the grill and into the pan. 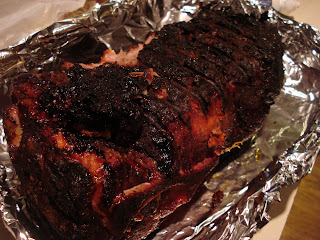 Knowing the pork would only get better, I tented it with foil 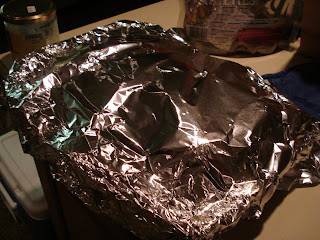 And let it sit for an hour or so.

Unfortunately, as soon as I had put my biscuits in the oven, I went to shred the pork and the power went out. With some hasty packing, the pork shoulder was thrown in a cooler and taken to a hotel. Fast forwarding to the next evening, with the power on, I took a look at the refrigerated piece of pork. 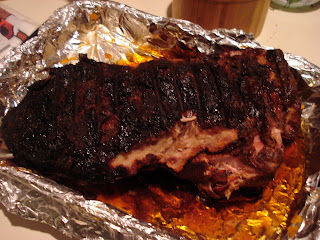 Too cold to shred, I settled with slicing it up. 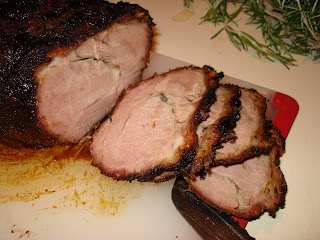 Not too sound like an ass, but I think that’s some pretty good looking pork. 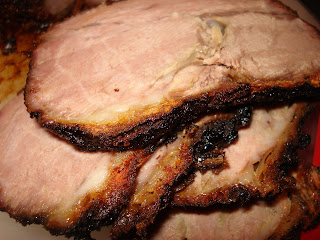 With a closer look, you can really see the smoke ring and the delicious crust that Aaron’s rub made.

So, maybe this particular butt wasn’t the auspicious beginning of the summer that I was hoping for, but you work with what you’re given. Despite the delays and slicing instead of pulling, I got nothing but rave reviews from the pork and the bbq rub. Thanks to Aaron and the stellar big green egg, I still think I started summer off well.