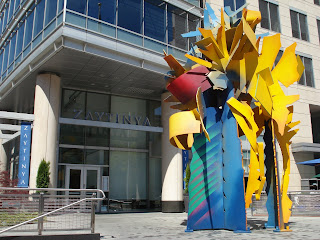 Sometimes the oddest things happen when you travel. Just before I arrived in DC, I decided to open a twitter account, and while wandering the portrait gallery, I saw that my old buddy Joseph was commenting on the quality of congressional coffee. After a few texts, we decided to meet at Zaytinya on Saturday for a late lunch.

Zaytinya is a product of Jose Andres’ culinary empire and a darling of the critics in D.C., and I was eager to see if his take on mezze was worthwhile. 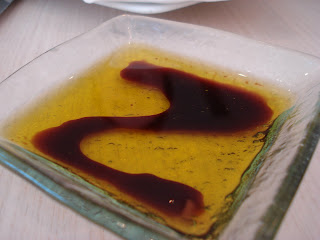 Olive oil and balsamic vinegar was the first thing to the table. Oddly, we weren’t brought any bread until after our order had been taken and the dishes had started to arrive. I suppose you can’t criticize their zorro homage or maybe a little shameless self promotion. 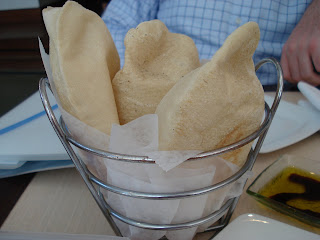 Pretty standard pita bread, and the funny thing is, once we got our first basket of bread, they couldn’t wait to give us a new one. I think we got five baskets of bread throughout the meal even though we never completely emptied one.

The first of our mezze dishes was the labna. 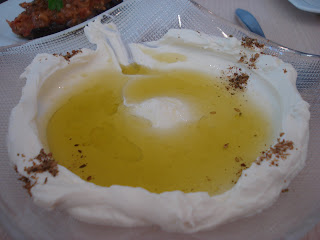 This was a quality dip, very creamy and nutty. Really the perfect way to inadvertently fill yourself up.

As soon as the labna hit the table, it was followed by our second plate 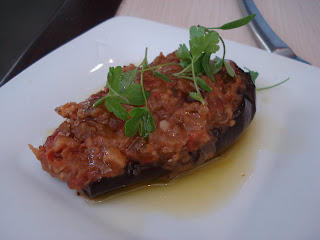 I’m going to chalk this one up to Joseph, while the flavor was nice, this eggplant was too oily for me to really enjoy it.

You can really tell which dishes were my choice. 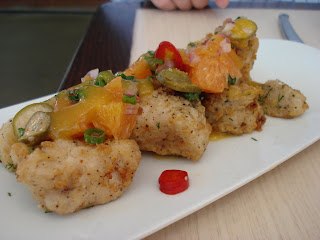 The sweetbreads were the first of my picks, and I was enamored with this offering. Not only were the sweetbreads crispy, the citrus flavor and heat of the peppers complimented them perfectly. These sweetbreads really were a standout dish.

So far we had enjoyed two of Joseph’s choices, and now it was time for my second. 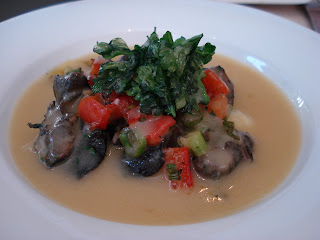 These snails were almost a Mediterranean take on the escargot I had enjoyed at Bistrot Du Coin only two days earlier. With a pleasant texture and an almost overwhelmingly rich garlic sauce, these snails were perfect with the pita bread. Maybe it’s because I’m accustomed to the French take on snails, but I almost found myself asking for parsley for the snails.

After the richness of the snails, our next plate took us in an entirely different direction. 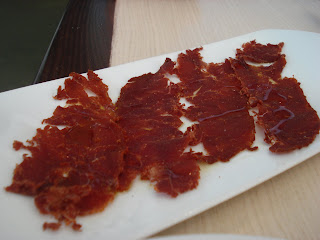 Called pastirma, I found these slices of beef to be like a more flavorful bresaola, complete with hints of lemon or sumac. Joseph wasn’t much of a fan, but I really enjoyed the few slices we were given.

With the rotisserie taunting me from across the restaurant, I convinced Joseph we couldn’t have a mezze meal with lamb. 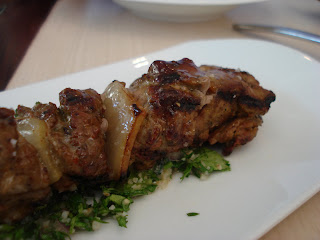 I was disappointed Zaytinya didn’t offer a kofte kabob, so we ordered the lamb kabob per the recommendation of our waiter. I immediately loved the flavor of the hardwood grill, but I was shocked to find my first piece of lamb tough and hard to chew. Even with the excellent lamb flavor and well seasoned tabouli salad as a base, I couldn’t get past the toughness of the lamb.

Thankfully our meal ended on a high note. 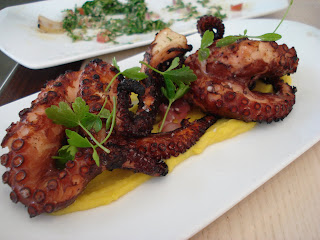 Octopus was the first thing Joseph ordered and I can see why. Not only was the octopus grilled perfectly, the seasoning was just enough to let the full flavor of the octopus to shine through. The only thing that puzzled me was the sauce they had used a base. It didn’t bring anything extra to the dish flavor wise, and I decided it was put there to keep the octopus from sliding around the plate.

In the end, I’m not sure if Zaytinya is the life-affirming experience that some Washington Post readers make it out to be. Yes, the majority of the food is extremely well done, and the wait staff is for the most part very attentive and knowledgeable. However, I’m not sure if Zaytinya puts D.C. on the map, but after this meal, I’m excited to try more of what Jose Andres has to offer.