After Saturday dim sum at Kim Son, we had to follow up with Sunday dim sum at Fung’s Kitchen. Arguably the best dim sum in Houston, Fung’s has the inane ability to make their dim sum just a little bit better than the competition. 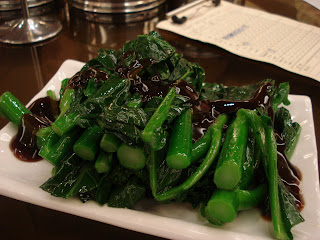 The chinese broccoli is a great example. It may look just as greasy as Kim Son’s, but the presentation is much neater and the florets aren’t completely drowning in oyster sauce. The little details make all the difference. 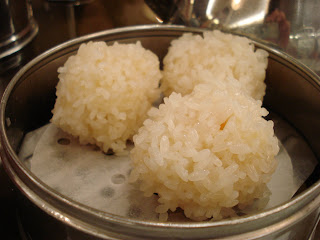 The lion’s mane are something I rarely see outside of Fung’s. Essentially a har gao surrounded with sticky rice, it’s chewy and sometimes a challenge to eat, but worth the effort. 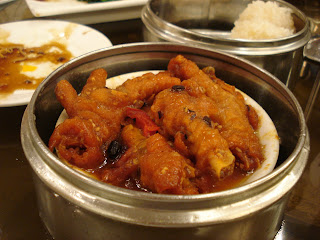 The chicken feet, again look nearly identical, but Fung’s added that simple touch of heat that was missing at Kim Son. Also, this time we had a dim sum newbie with us at Fung’s, my buddy Jon LaBuz, and watching him try the chicken foot was a treat. 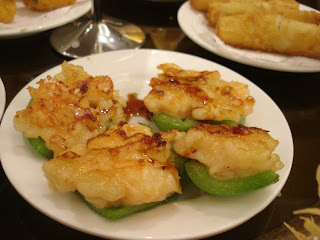 No complaints from these pepper shrimp. Notice how there is an adequate amount of sauce and they were just as hot and fresh as Kim Son’s offering. 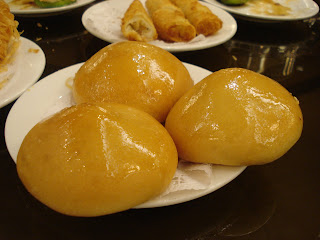 Baked bar-b-que pork buns (char sui bao) were something I haven’t had in a long time, but these were a nice break from the usual steamed version. The bun was a little sticky from the glaze but nowhere near as doughy as its steamed counterpart. As always there’s the treat of char sui inside. 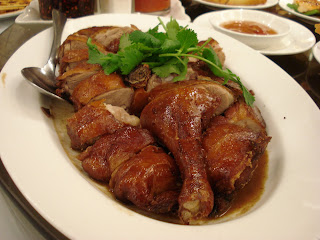 Even though I said that Fung’s does things incrementally better than Kim Son, the roast duck was miles better at Fung’s Kitchen. Not only was the duck served piping hot, it was one of the most succulent and well flavored Chinese roast ducks that I’ve ever had.

As much as I could wax poetic about the great products and presentation of Fung’s, there really isn’t much that I haven’t already said. Fung’s is the reigning champ of Houston dim sum, and I don’t see that crown being taken away anytime soon.