Before I headed out on the road, I needed something to different for dinner and lunch the next day. As much as I enjoyed the roast chicken recipe from Jennifer McLagan and her book “Fat”, I wanted to try something different. Like I often do, I remembered an obscure article on either serious eats or the New York Times about a new way to roast a chicken. A quick search revealed my search query.

As much as I love the slow food movement, sometimes I’m glad to see a recipe that is marketed as easy and relatively quick. 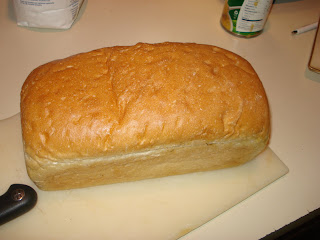 Aside from the chicken, here is the key ingredient, the bread. Needing something hearty, I picked up this farmhouse loaf from Broad Street Bakery. 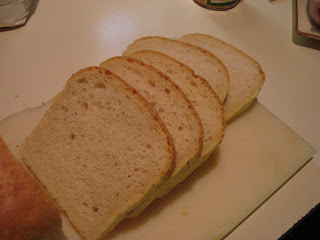 Per the recipe, I cut the bread into thick 1/4 inch slices. 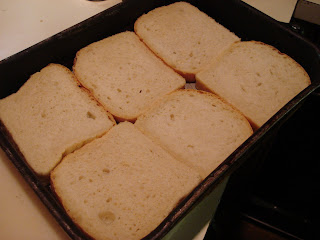 I then lined the bottom of my baking pan with the bread. 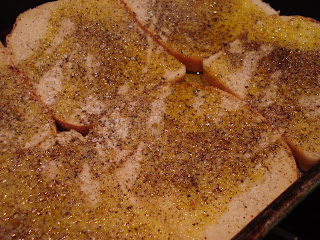 Maybe I had too much of a heavy hand with the olive oil, pepper, and kosher salt. We’ll see, but if these slices stop the constant smoke of a high heat roast chicken, I’m sold.

I’m a fan of the simplicity of the ingredients of this chicken. 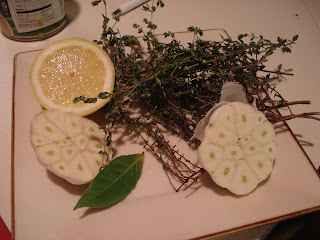 A few springs of thyme, a bulb of garlic cut in half, half a lemon, and a bay leaf.....that’s it! 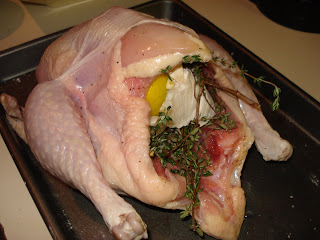 Of course, it took a little bit of effort to stuff it all into that poulet rouge chicken. 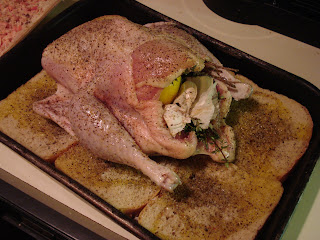 Once everything is all salted and peppered, it’s ready for the 425 oven. 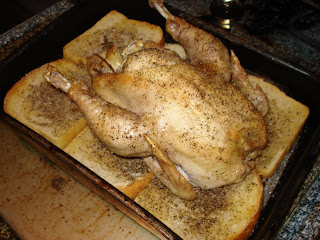 Getting there, and I love the way this looks so far. 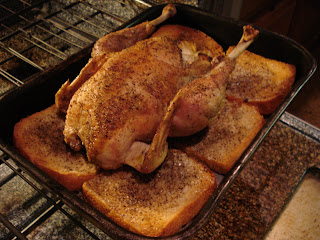 Almost ready to come out of the oven. I love that nothing is burned, and everything looks moist. I didn’t think all that was possible without at least a half cup of butter. 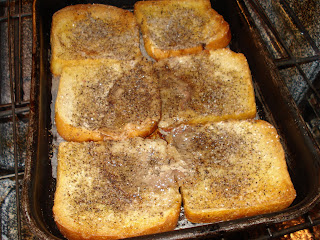 Here is the best part, instead of having a pan full of highly seasoned chicken jus, everything has been soaked up by the slices of bread.

Once everything was to the right temperature and amply rested, I took to carving the chicken. The flavors were spectacular. It might not be as rich as the McLagan’s chicken but this was wonderful for its simplicity. My only complaint is my own fault; I think I was a little overzealous with the salt on the bread, but other than that, no complaints. I only wonder how it would taste if I combined the bread idea with McLagan’s chicken. I can only imagine how people would fight for the bread.