Georgetown is a hectic, packed place, especially on one of the first nice Saturdays of the season. Thankfully there are a few places to escape the madness of Wisconsin & M Street. 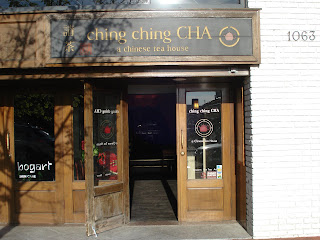 Ching Ching Cha is one of the best kept secrets in D.C. Situated a block from that popular intersection, CCA is a peaceful respite with a wide selections of tea to boot.

With a table to myself, I was quickly given my own pot of hot water. 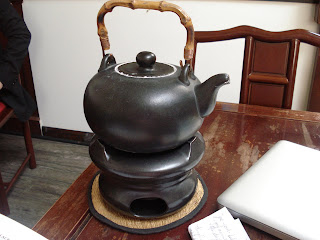 and a teapot and cup 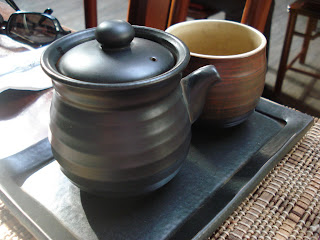 After a few minutes of deliberation, I chose to have a pot of Golden Yunnan tea. 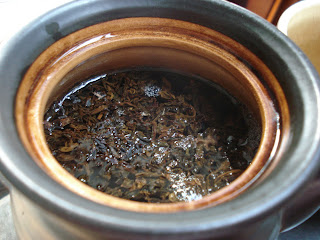 While my tea was steeping, I decided to try one of Ching Ching Cha’s selection of dumplings.

No more than five minutes after ordering, I had a plate of dumplings to compliment my tea. 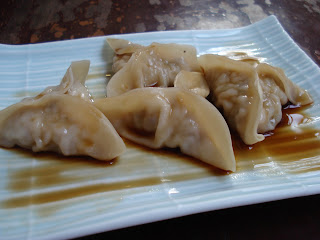 As refreshing as the tea, these chicken dumplings are full of green onion & sesame but not as much as to overpower the taste of the chicken.

Ching Ching Cha may not be a bustling dumpling house with a 100 item list of dim sum, but their expansive selections of teas and concise list of small plates makes it a perfect place to hide from the multitudes of Georgetown.