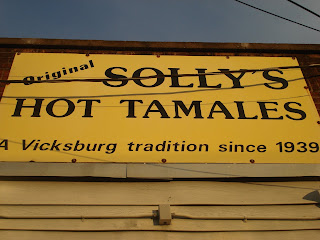 After a rousing tour of the Vicksburg battlegrounds and a surprise encounter with some mud, I decided to give Lisa a taste of a little known Mississippi delicacy: the hot tamale. Sure, people will say they know all about tamales, but west Mississippi has their own way of making them, and one of the originals is Solly’s Hot Tamales.

If you are like me, the first time you try to find Solly’s, you’ll drive right past it. Situated in a dilapidated looking building on Washington Street, Solly’s has been a mainstay of Vicksburg since Solly himself started selling his corn husked snacks from a street cart in 1939.

Some say the the equipment in the back is all original, regardless, a half dozen tamales is a good snack for two people. 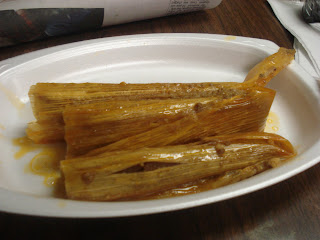 To a first timer, it looks like a greasy plate of corn husks, but these husks are wrapped around a Delta treat. 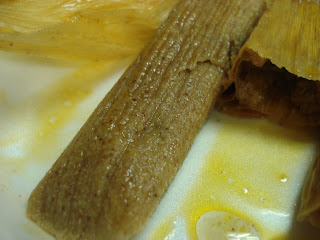 The idea behind a tamale is simple. Take a seasoned meat, surround it with corn meal and cook it. The traditional Mexican way is to steam them, the Delta style involves boiling them in a spicy, potent liquid. 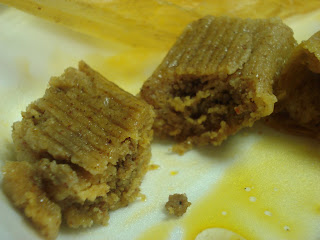 All of the tamales at Solly’s are pork, and they are a great specimen of the Delta tamale. Very meaty, a little spicy, and more than a little greasy, I’ve never had a bad experience with Solly’s. Apparently, many Americans share the same sentiments, as next to the counter is a map filled with pushpins in every part of the country. The manager was kind enough to give Lisa her own pushpin and she made her mark in Western Mass.

Even though the original Solly is long gone, Solly’s carries on. Every time I’m in Vicksburg, I always make sure to stop by and pick up a dozen or so for the ride home. Hopefully Solly’s will survive for another 70 years.

You should try The Tamale Place....that's where Henry Sollys' Real family is, that and the true original recipe. If you don't go, then you are missing out.

one correction though, they are beef.

I found a lot of meals coming from south but nothing so tasty and delicious that this wonderful tamales, I really like to eat them always when I see dem.

I grew up in Vicksburg with these tamales. I moved 25 years ago and often return to vist and i always take several dozen home and put them in the freezer for later. I've had tomales from other areas and none come even close to these.