After my first foray in Jennifer Mclagan’s world of “Fat”, I found a recipe that I knew I would have to try, risotto milanese. There was just one problem with this plan, finding 3 inch marrow bones. Through my travels to Houston, Atlanta, and New Orleans, I had found a variety of shank bones, but none that had enough marrow for the recipe. Luckily, Paul Anthony’s, here in Jackson, came to the rescue, and I left his shop with 10 pounds of marrow bones in my trunk.

This is not a quick and easy recipe, as the first step required at least a 12 hour soak. 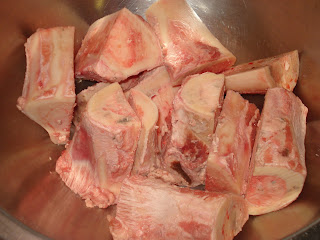 The reason behind this lengthy bath is to remove any blood from the bones. 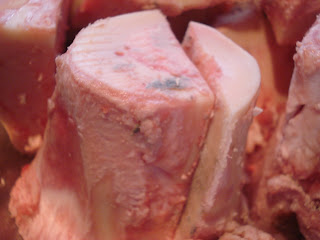 So I put my 6 marrow bones in a bowl of ice water with 2 tablespoons of salt, and got the whole thing into the fridge. 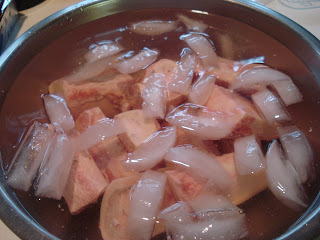 I realize the recipe called for whole 3 inch beef shank bones, but for the sake of convenience, the butcher had sliced each bone in half. No matter as about 12 hours and 4 changes of water/salt later, the bones emerged brilliantly white. 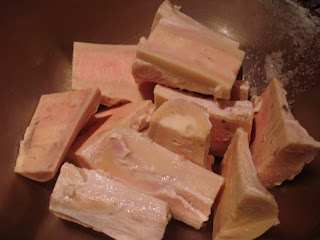 The salt really had done its job, there wasn’t a trace of blood in the lot.

Another plus to having the bones split is that it was quite easy to get out the marrow. 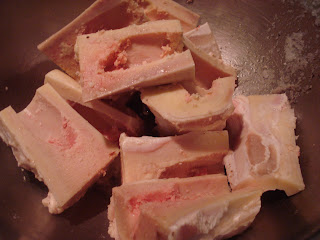 Armed with a spoon, I made quick work of these bones 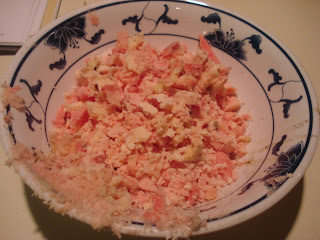 Underneath the 6 bones worth of marrow, were two chopped shallots

For any risotto, you need a lot of liquid, and in this case, the liquid was two cartons of beef stock. 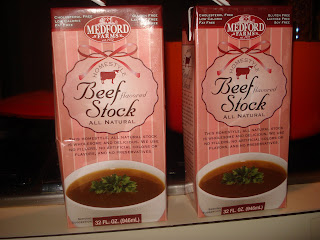 I know that homemade is better, but I figured I could get away with the store bought version. After all, this was my first time making risotto. 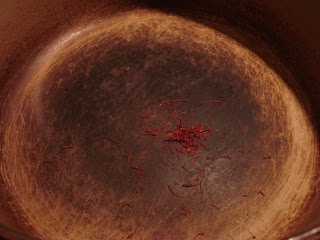 Before I could add the stock, the recipe called for me to toast a teaspoon of saffron. I’m not sure about this part of the recipe. I appreciate the subtle flavors of the spice, but I’m afraid it was lost amidst the multitude of beefy flavors. 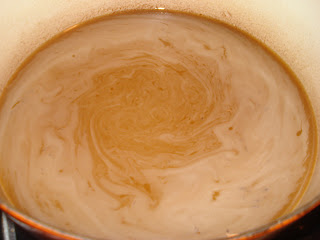 Regardless, I soon had a pot of boiling stock, and was prepared to begin my risotto.

With my rice at the ready, 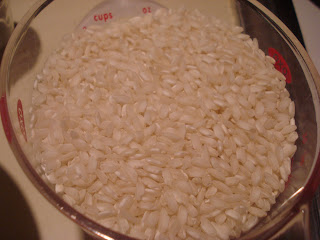 I started the lengthy process. First off was a tablespoon or so of butter. 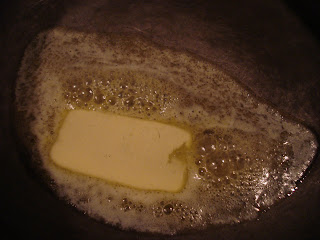 Kerrygold butter was the butter of choice. 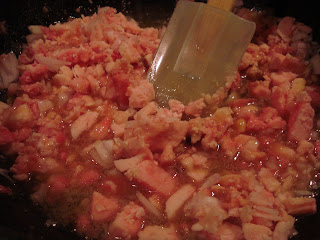 Next in was the bowl of shallots and bone marrow. 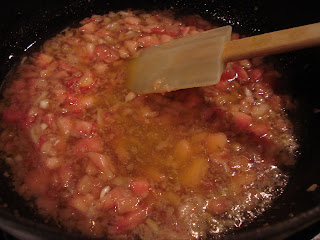 True to the recipe, the marrow began to quickly melt. 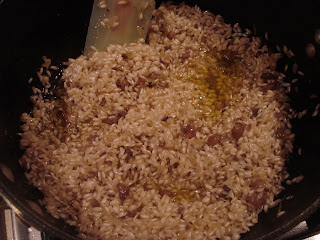 I quickly dove into the deep end and added the carnonoli rice. 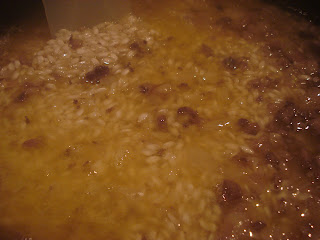 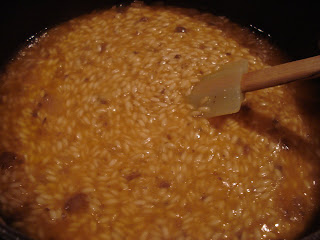 Eventually, the rice could hold no more. Having downed nearly 8 cups of stock, the rice was ready for the next step. 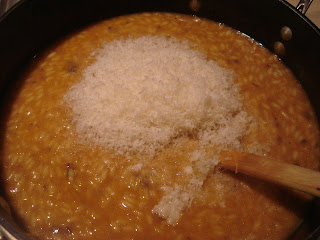 About half a cup of grated parmesan was dumped into the rice and quickly stirred in. 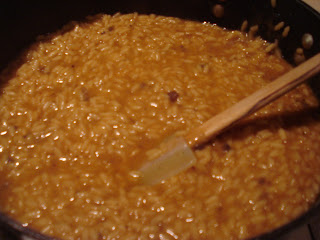 The results were staggering. 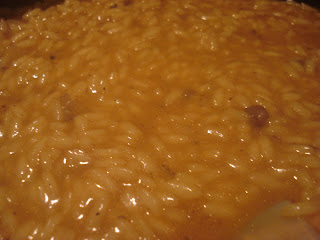 I’ve had my fair share of risottos, the majority of them made with chicken stock, but these beef based one took the cake. Like Frank Brigtsen had said, the key is to layer flavors, and this combination of bone marrow and beef stock with parmesan was epic. It was worth all the trouble, and I can’t wait to try it again.

So glad you had success with the roast chicken and risotto Milanese. Lucky you to have a butcher that cuts your marrow bones in half, it makes extracting the marrow so much easier. If you like bone marrow try the roasted marrow bones or the bone marrow tacos - two of my favourites.

I wish I had a butcher to cut bones in half. I swear I think I've permanently injured my fingers forcing marrow out of the bone when making risotto. And yes, marrow makes all the difference.

how wonderful tutorial we have here, it is so instructive that everyone will desire to make it, it looks so simple to prepare that my entire family will be so pleased eating this. Buy Viagra Viagra