After taking in Stanton Hall and the Longwood house, I wanted to try a place I had heard about, Fat Mama’s. Known for their hot tamales and “knock you naked” margaritas, Lisa readily acquiesced to the quick detour.

As soon as you drive up, you’re overwhelmed with the usual Mexican restaurant kitsch. 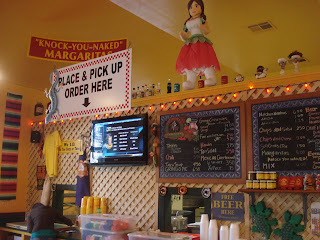 Tackiness aside, Fat Mama’s seemed to have the pretty standard Mexican fare on their menu, with a few oddities. We decided to do sample a few of their tamales and, of course, their margaritas. 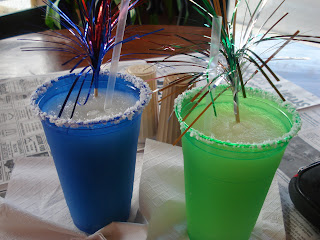 The margaritas were the first thing to arrive, and aside from the colorful solo cups and tinsel, they were your standard frozen margaritas. I gave it a few sips, but then I remembered that I really don’t like tequila. 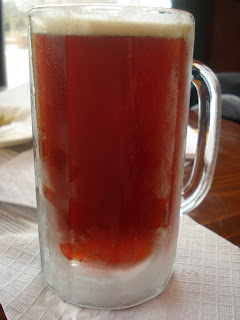 Thankfully, they had lazy magnolia on tap. 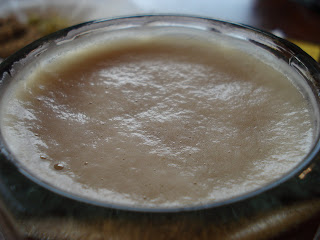 I’ll take a cold beer over a margarita any day of the week. Although, Lisa told me that they were very good margaritas, I’ll have to take her word for it.

Our plates all arrived at the same time, but first up was the chili with Mexican cornbread. 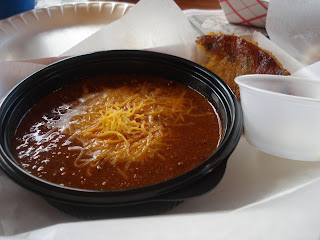 Skyline chili was the first thing that popped in my mind. I realize there aren’t any noodles, but the meat in this chili was so finely chopped/pureed that it seemed straight out of Ohio. Also like skyline chili, this chili didn’t have the slightest bit of kick. I was even more annoyed when the waitress brought me a bottle of Louisiana hot sauce for some extra kick, Cajun hot sauces just don’t go well with chili. At least the Mexican cornbread was pretty tasty. Little did I know, the cornbread would be the best part of the meal. 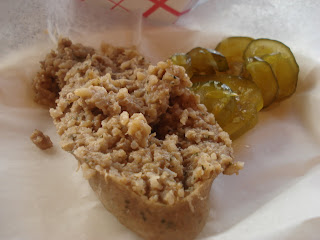 Excellent, I thought that Lisa would have a taste of boudin before she went back up north. Unfortunately, this piece of boudin tasted liked fish and was inedible. You would think with Louisiana just a stone’s throw away that they could get a decent piece of boudin. That was not the case. 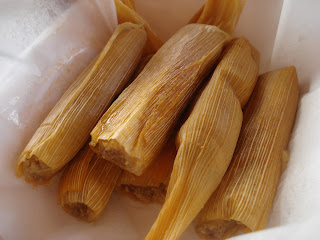 I can look back on this meal and be glad that Lisa had eaten Solly’s tamales before she tried this offering from Fat Mama’s. 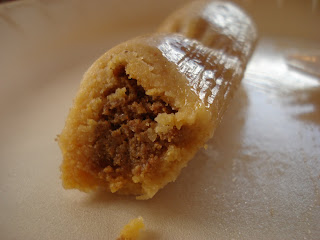 In retrospect, I have decided that Fat Mama’s eschewed the delta tradition of spicy tamales and had chosen to steam their tamales. Steamed or no, there was nothing here but the taste of pure corn meal. I couldn’t even finish a single tamale. I can’t believe that this sort of dreck is served in the Delta.

As Lisa and I left Fat Mama’s, I could feel a few inquisitive stares on my back. It’s not often that people leave three full plates of uneaten food, but there was no point in even having a second bite of these miserable plates. I hope to make it back to Natchez soon, but I will stay as far away from Fat Mama’s as possible.

my spouse is a big fan of hot tamales and could't wait to try out Fat Mama's tamales...but i was like you...yech! didn't care to sample a second bite. it was more like something you bought and reheated from the grocer freezer section! i wouldn't even recommend a visit for food!